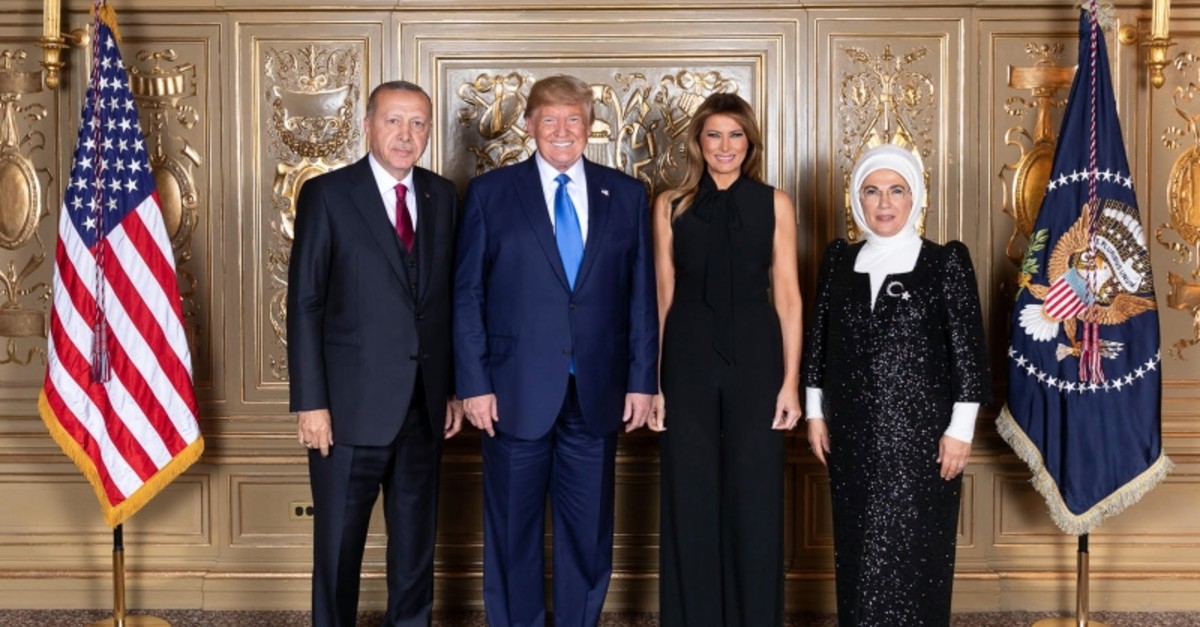 President Recep Tayyip Erdoğan and first lady Emine Erdoğan on Wednesday attended a dinner given by U.S. President Donald Trump and his wife Melania Trump in honor of the U.N. General Assembly Delegates.

Erdoğan and Trump are in New York this week for the 74th session of the United Nations General Assembly. Both leaders addressed the General Assembly Tuesday morning on the first day of general debate.

Erdoğan and Trump spoke on the phone Sunday about Turkey-U.S. bilateral relations, regional developments and Syria, according to the Turkish Presidency of Communications.

Before departing for New York from Turkey on Saturday, the Turkish president said he would discuss Syria and the U.S.' continued support for the People's Protection Units (YPG) terrorist group when he met with Trump on the sidelines of the assembly.

Erdoğan also said that he would discuss with Trump Turkey's possible purchase of Patriot missiles, which was "not off the table."

The agreement also envisaged setting up necessary security measures to address Turkey's security concerns, including clearing the zone of the terrorist YPG, a group the U.S. has sometimes been allied with, over Turkey's objections. The YPG is the Syrian offshoot of the PKK terror group, which for more than 30 years has been responsible for the deaths of nearly 40,000 people in Turkey, including many children, women, and infants.