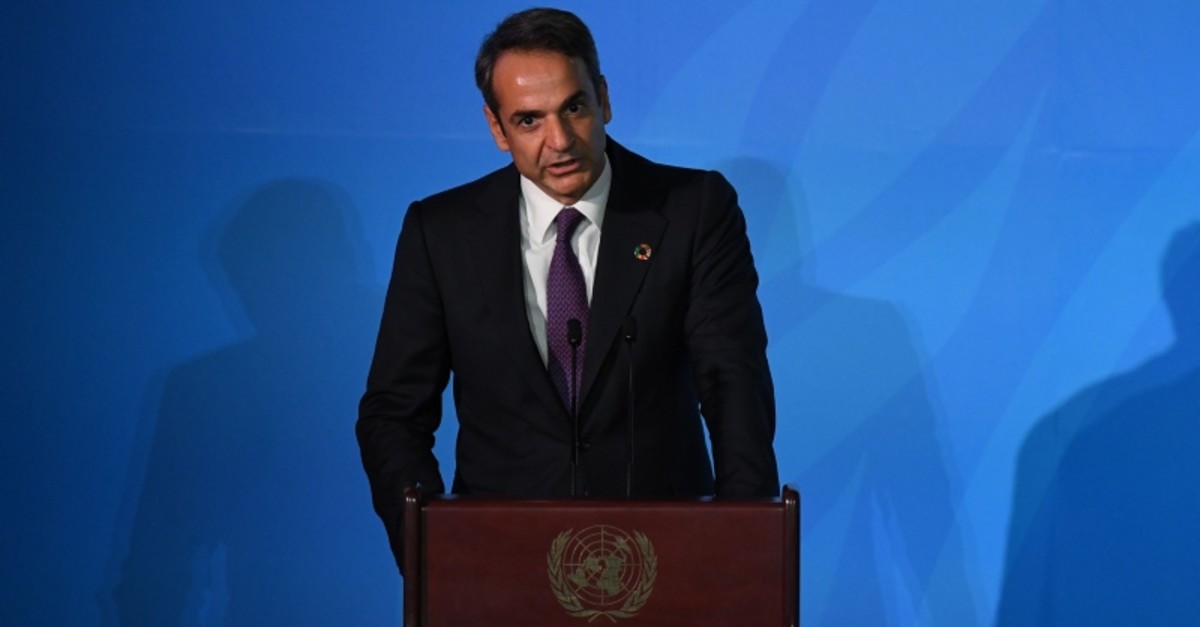 Greece's new conservative leader on Thursday called for the European Union to commit more money to support Turkey to stem the rising flow of migrants.

Turkish President Recep Tayyip Erdoğan has threatened to start allowing refugees to flee unless international partners give more money to support the more than 3.6 million Syrian refugees in his country.

A day after meeting Erdoğan, Greek Prime Minister Kyriakos Mitsotakis said that a 2016 package, in which the European Union committed six billion euros in return for Turkey stopping migrants from crossing, was coming under "severe pressure."

"It's very clear to me that we need a new arrangement," Mitsotakis, who is in New York for the U.N. General Assembly, said at the Council on Foreign Relations.

"Turkey needs to make commitments to maintain this arrangement and the European Union needs to acknowledge that Turkey is hosting millions of refugees and needs to provide additional financial support to Turkey going beyond 2019," he said.

Mitsotakis has vowed a harder line on migration than his left-wing predecessor, Alexis Tsipras, who welcomed refugees on humanitarian grounds.

Mitsotakis, whose conservatives defeated Tsipras in July elections, said that arrivals have been rising and that most were "economic migrants" from Afghanistan or sub-Saharan Africa rather than refugees from war-ravaged Syria.

He said he would press for more support by other EU members, saying it was "deeply unfair" that eastern countries have refused to contribute or resettle refugees.