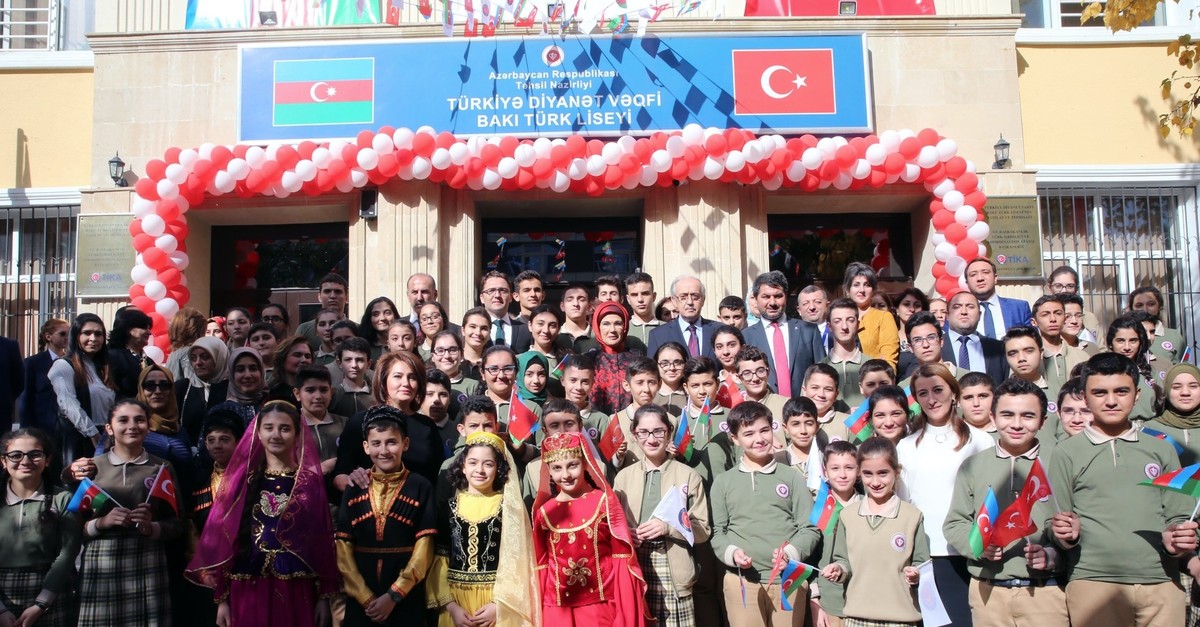 According to experts, the diversification of Turkish foreign policy is the main motive behind the Turkic Council, a leading political organization that brings Turkic countries together

Closer cooperation and developed relations with Turkic republics will contribute to Turkey's foreign policy in terms of depth and diversity, experts said as the Turkic Council prepares for its seventh summit on Oct. 15 in Azerbaijan's capital Baku. Speaking to Daily Sabah, Kürşad Zorlu, a political science professor at Kırşehir Ahi Evren University, said that the Turkic Council is the leading political organization that brings Turkic countries together. "When the Turkic Council is analyzed by its historical dimensions, its institutional roots can be traced back to the Summits of Turkic Speaking States' Leaders launched in 1992 and its ideological roots can be traced back to nearly a century ago," Zorlu said, defining the council.

Within this context, Zorlu reminded the media of the decisions taken in the very first summit following the independence of Turkic republics after the dissolution of the Soviet Union.

"In the summit held in 1992, six Turkic republics took part and they shared three important principles with the public: The free travel of people, commodities and services; the establishment of a joint bank and the shipping of all natural resources to Europe through Turkey," Zorlu explained, underlining that it was a very important orientation, especially considering these countries' large share of energy resources in the Eurasia region.

The Cooperation Council of Turkic Speaking States (the Turkic Council) was established in 2009 as an intergovernmental organization, with the overarching aim of promoting comprehensive cooperation among Turkic speaking states. Its four founding member states are Azerbaijan, Kazakhstan, Kyrgyzstan and Turkey.

When we look at what the Turkic Council means for Turkey's foreign policy, Zorlu said that five Turkic countries, namely Turkmenistan, Uzbekistan, Kazakhstan, Kyrgyzstan and Azerbaijan, have an irreplaceable importance for Turkey, considering their political and economic advantages in addition to a similar language, history and culture.

"Since they gained their independence, they have always exhibited a certain commitment to the Turkic world despite some ups and downs during the process. Moreover, Turkey's stronger tendency to build close cooperation with the Eurasia region especially after July 15 [the failed coup attempt] made Turkic republics in the middle of this geography more functional. Therefore, Turkey now, is going beyond its integration efforts with the West solely, tests geopolitical opportunities and challenges that the Eurasia region offers," Zorlu added.

Mehmet Uğur Ekinci, an expert on foreign relations from the think tank, the Foundation for Political, Economic and Social Research (SETA), also said that further political, economic and diplomatic cooperation between Turkey and Turkic countries will contribute to Turkey's foreign policy in terms of depth and moving space, reminding readers that Turkey's new multidimensional approach in foreign policy has led to the development and deepening of relations with many regions in recent years.

Over the last 20 years, in line with its multidimensional foreign policy, Turkey has been pursuing a more active opening policy toward many regions. Until the 1990s, Turkey's foreign policy was limited to the borders of NATO in the Western world. Since the 2000s, Turkey has embraced a new foreign policy strategy as a result of questioning and redefining its position in the global order.

This new strategy has diversified Turkey's foreign policy alternatives with a more independent stance and a strategy in the direction of its national interests since the 2000s.

Solely focusing on developing relations with Western countries for decades and often being regarded as NATO's farthest outpost, Ankara launched foreign policy initiatives to embrace a more assertive position in global politics since the late '90s. For Central and South America, Turkey's Action Plan for Latin America and the Caribbean was put into effect in 1998. The plan was reviewed in 2006 and the same year was declared as the Year of Latin America and the Caribbean in Turkey and is considered a road map regarding the policy of opening to the region. For Africa, Turkey declared 2005 the African year and accelerated the pace of its ties with the countries in the continent.

e continent, the number today has increased to 42. Also, Turkey recently introduced its new Asia initiative called Asia Anew, in which the country laid out new goals for expanding political and economic relations with Asian countries.

Despite the fact that many experts on international relations predicted that Turkey would lose international significance in the post-Cold War order, Turkey has succeeded in remaining at the top of international politics. Thanks to its economic position regarding the transfer of petroleum and natural gas resources, its strong army and its geostrategic position between Europe, the Middle East, Asia and Africa, Turkey has become one of the principal players in international politics. The fully independent foreign policy that Turkey pursued during the Syrian civil war disappointed its traditional allies in NATO. In all circumstances, Turkey continues to adopt a multidimensional and multilateral foreign policy in the present post-Cold War context.

In addition to the existing structure of the council, observing memberships of Hungary and Turkmenistan point that the organization may expand its borders and area of influence, Zorlu said about the future prospects of the council.

"Given energy and transportation corridors in the region, the organization has a location that can give direction to not only Central Asia, but also the Caucuses, the Middle East and the modern Silk Road," he added.

"Thus, the Turkic Council is becoming a potential cooperation area in the East-West pendulum and embodying the Turkic world's ideal of union in language, ideology and business. It has also been becoming a serious diplomacy instrument for Turkey to be a regional power, even maybe a global power," Zorlu said.

Zorlu also said that the Turkic Council may have a positive impact on the development of each member's geopolitical area of influence if they can make result-oriented efforts. "For example, it can give an upper hand to Turkey in its relations with Europe," he added. "Despite the early efforts following the independence of Turkic countries, relations with the region have exhibited a fluctuating trend since then," Ekinci said, adding that further relations will be beneficial for all parties.