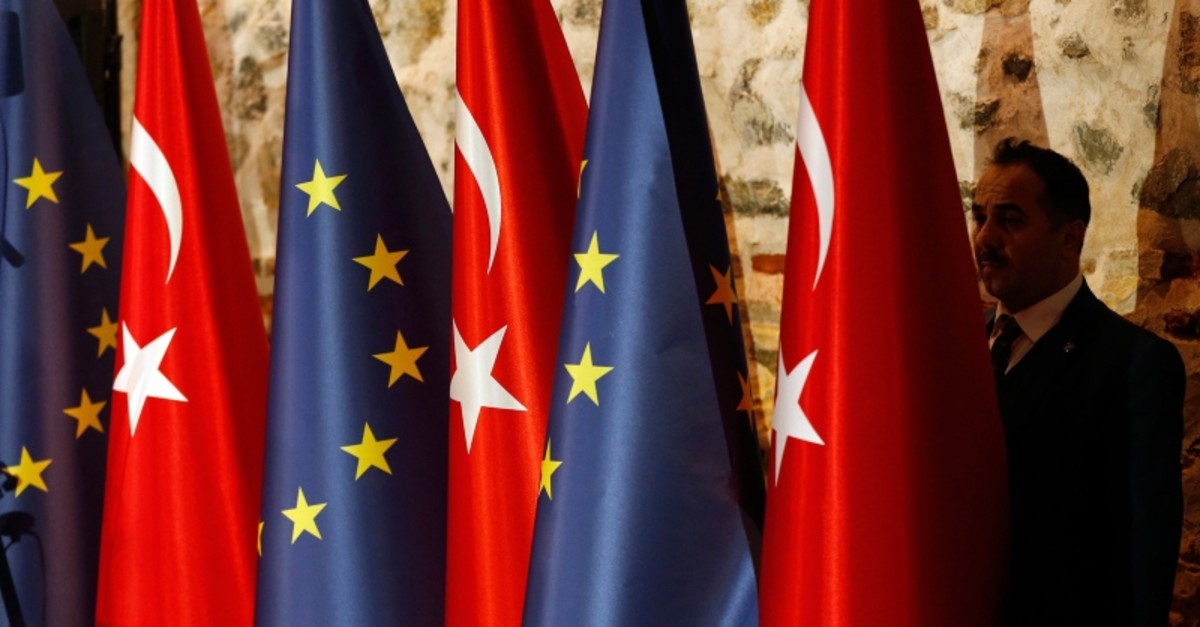 Turkey's deal with the European Union for Syrian refugees is not functioning the way it should be, the Justice and Development Party (AK Party) Spokesperson Ömer Çelik said Wednesday.

"We are committed to the principle of non-refoulement," Çelik said, reiterating that the Syrian refugees can only be sent back after their safety is guaranteed.

The spokesman also slammed some EU officials who were allegedly discussing additional financial aid to Turkey, accusing them of resorting to "politics of bribery."

Çelik said some groups in the EU were acting like Turkey was trying to change the demographics of the region, but this was "a complete lie".

"It is terror groups that are disrupting the demographics.Turkey is not any country's depository for humans," he said, underscoring that it was the EU who was not complying with the migrant deal.

To reduce the number of illegal migrants on the dangerous Aegean Sea route, Turkey and the EU signed an agreement in 2016. The deal stipulated that Greece send migrants held on its Aegean islands back to Turkey. In return, Turkey was to send Syrian migrants it hosted to various European Union countries.

EU countries have been discussing this issue for two years; however, no concrete steps have been taken. Turkish politicians and officials frequently warn the international community that a further humanitarian disaster could take place with the ongoing war and that a sustainable solution has to be found for the new refugees as well as those already living in bad conditions.

Turkey has been hosting the largest number of refugees worldwide for the fifth consecutive year with almost 3.6 million people, most of them refugees that fled from the Syrian civil war. The war has left hundreds of thousands displaced, injured or even dead.