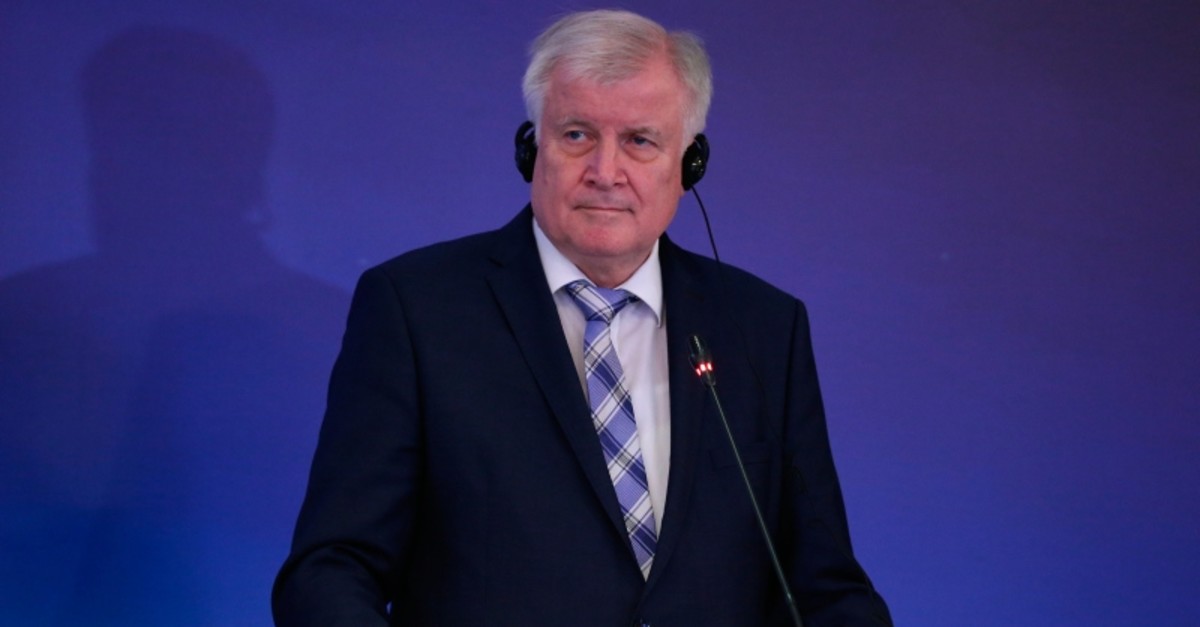 Horst Seehofer said in an exclusive interview with the Welt am Sonntag weekly that they were not in a position to address the migration and refugee issues alone through the arrangements of the past.

"There I would like to further strengthen our cooperation with Turkey. I would direct my efforts to that," he stressed.

He praised Turkey's efforts for Syrian refugees and reaffirmed Germany's commitment to the EU-Turkey agreement, which he said has been successful so far.

Asked by the Welt am Sonntag paper about possible additional financial support to Turkey for the needs of the Syrian refugees, Seehofer said this issue would be discussed among EU member states.

"I will do my part to ensure that Turkey's efforts, which has been in the interest of us all, would be considered appropriately," he said.

The EU-Turkey refugee agreement has been successful in significantly reducing the number of crossings in the Aegean Sea, and preventing the loss of many lives. But the EU's bureaucratic hurdles and delays to mobilize promised funds led to sharp criticism by Turkish politicians.

The 28 member bloc promised 6 billion euros ($6.6 billion) of aid for 2016-2019 to improve the living conditions of Syrian refugees in Turkey. But so far, only 3.71 billion euros were contracted and 2.57 billion euros disbursed.

The EU also pledged that for every Syrian returned to Turkey from the Greek islands, another Syrian will be resettled from Turkey to the EU as part of a resettlement plan.

But the pace of returns to Turkey from the Greek islands under the agreement has been slow, largely due to lengthy legal processes and administrative problems in Greece.

The EU member states have only accepted around 20,000 Syrian refugees from Turkey since 2016.