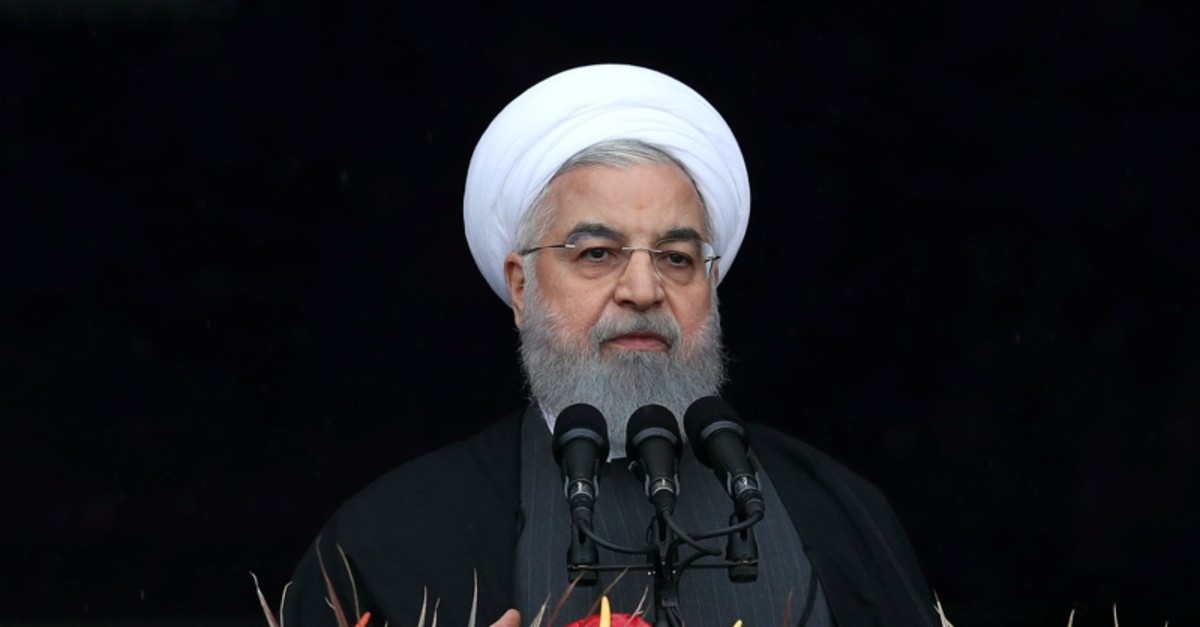 Turkey has every right to have concerns over its southern borders, Iranian President Rouhani said Wednesday, as Ankara is preparing to carry out an anti-terror operation in northeastern Syria.

"Turkey is rightfully worried about its southern borders. We believe that a correct path should be adopted to remove those concerns... American troops must leave the region..." Rouhani said.

Rouhani's remarks came shortly after the news that the country launched a surprise military drill with army special operations forces near the country's border with Turkey.

The exercise comes amid Iran's opposition to Turkey's planned operation in northern Syria against the PKK-linked People's Protection Units (YPG) terrorists there.

The sudden Iranian drill was announced on Wednesday. A TV report said it's overseen by Maj. Gen. Abdolrahim Mousavi, chief of Iran's army.

However, the state TV didn't mention the expected Turkish operation nor elaborate on the number of troops taking part in the drill in Qushchi in Iran's Western Azerbaijan province. The area is about 620 kilometers, or 385 miles, northwest of Tehran.

Iran and Russia are both key allies of the Assad regime. Both have troops on the ground in Syria. While they may publicly oppose a Turkish operation in Syria, they probably don't mind an operation that diminishes the YPG forces.