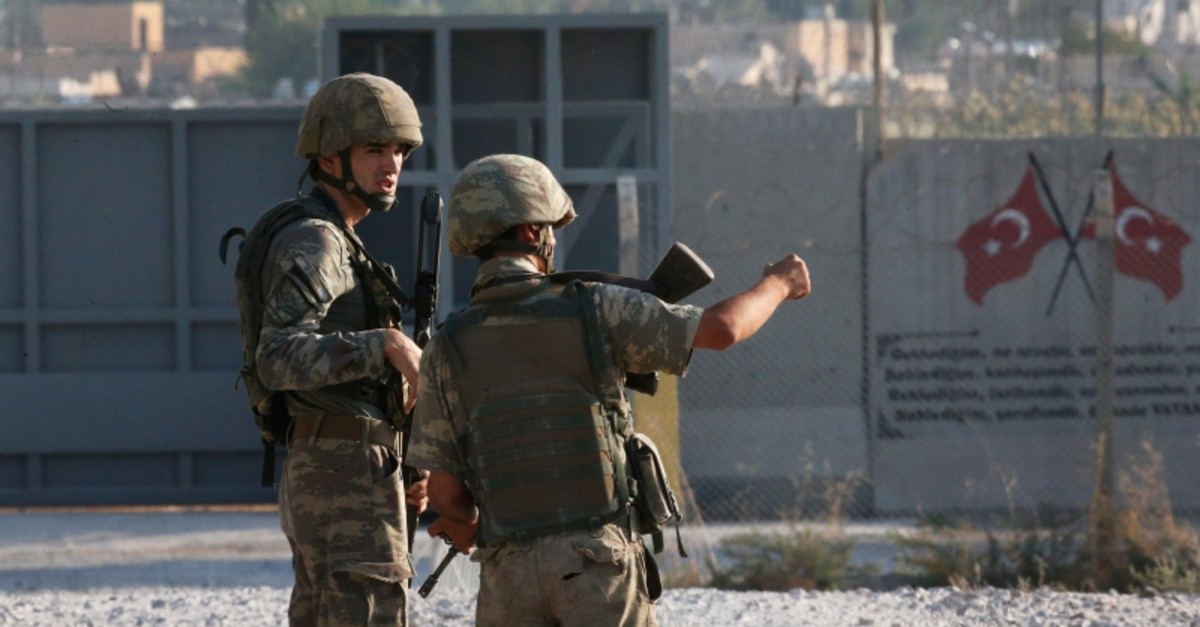 Turkey's operation against terrorist groups in northern Syria has not breached a red line declared by U.S. President Donald Trump who demanded a "humane" offensive, a U.S. official said Thursday.

Asked to define what action would go beyond Trump's vague warning, the U.S. official said it would include "ethnic cleansing... indiscriminate artillery, air and other fires directed at civilian populations."

"That is what we're looking at right now. We have not seen significant examples of that so far," the official told reporters on condition of anonymity.

Trump has declared a dizzying range of stances toward the operation this week, beginning on Sunday when he announced that U.S. troops would withdraw from Syria ahead of Turkey's operation.

His statement Sunday came hours after a phone call with President Recep Tayyip Erdoğan, during which a November meeting was planned, according to Turkish presidential sources.

Since Sunday, Trump has tweeted a string of contradictory statements about the operation, ranging from support for Turkey in its justified offensive against YPG terrorists in Syria, to threatening to punish Turkey with heavy sanctions.

On Thursday, he further muddied the waters, declaring three paths forward for the U.S. in response to Turkey's operation in Syria.

"We have one of three choices: Send in thousands of troops and win Militarily, hit Turkey very hard Financially and with Sanctions, or mediate a deal between Turkey and the Kurds!" he wrote on Twitter.

A few hours after the tweet, a U.S. official said President Trump had asked U.S. diplomats to broker a cease-fire between Turkey and the YPG in Syria.

"We have been tasked by the president to try to see if there are areas of commonality between the two sides (and if) there's a way that we can find our way to a cease-fire," the official said on condition of anonymity.

Brokering a cease-fire between two allies who have accused the U.S. of betrayal in Syria would be an awkward role for Washington. Turkey, a NATO ally, has long demanded that the U.S. stop arming and supporting YPG terrorists, who pose a direct threat to national security. The YPG is hardly pleased with the U.S. at the moment, claiming it has been abandoned in the face of the Turkish operation.