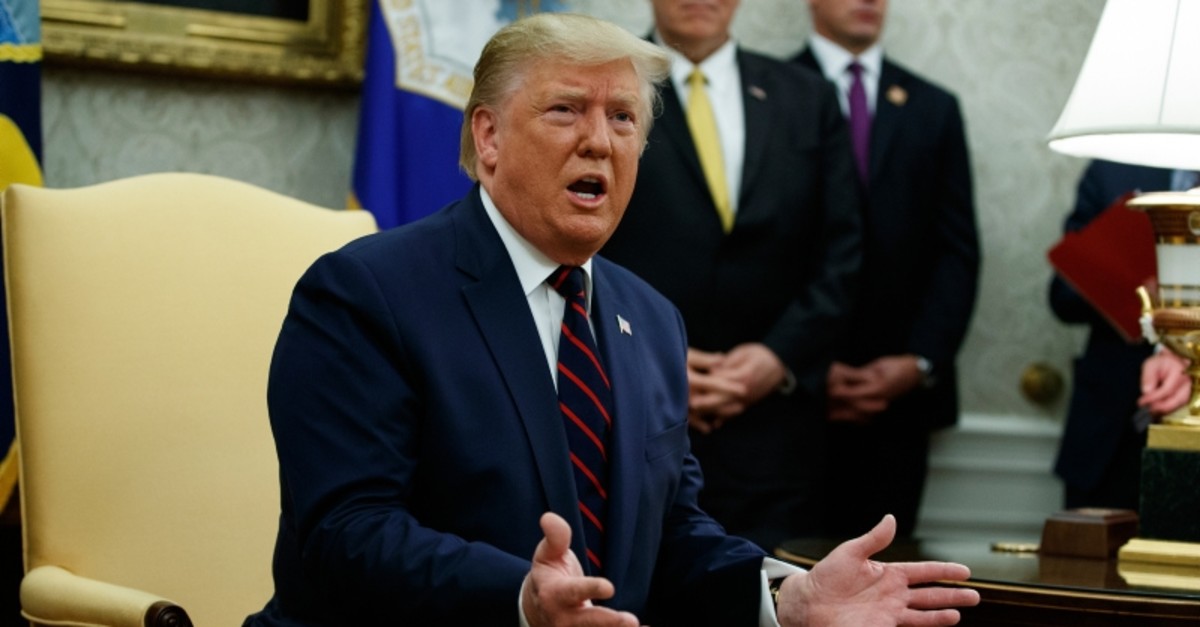 President Donald Trump speaks during a meeting with Italian President Sergio Mattarella in the Oval Office of the White House, Tuesday, Oct. 15, 2019, in Washington. (AP Photo)
by Daily Sabah with Agencies Oct 16, 2019 6:19 pm
Turkey's Operation Peace Spring in Syria is not the U.S.' problem, it is a matter between Turkey and the Assad regime, Donald Trump said Wednesday.

Trump, speaking to reporters at the White House, said it was fine for Russia to help the Assad regime, while he noted it was up to the countries there to work it out.

Turkish leaders have repeatedly underlined that the operation does not target Kurds, but aims to clear the region of the terror group PKK and its Syrian offshoot YPG.

"By the way, they are not angels," he said in reference to the PKK's Syrian offshoot the People's Protection Units (YPG).
RELATED TOPICS