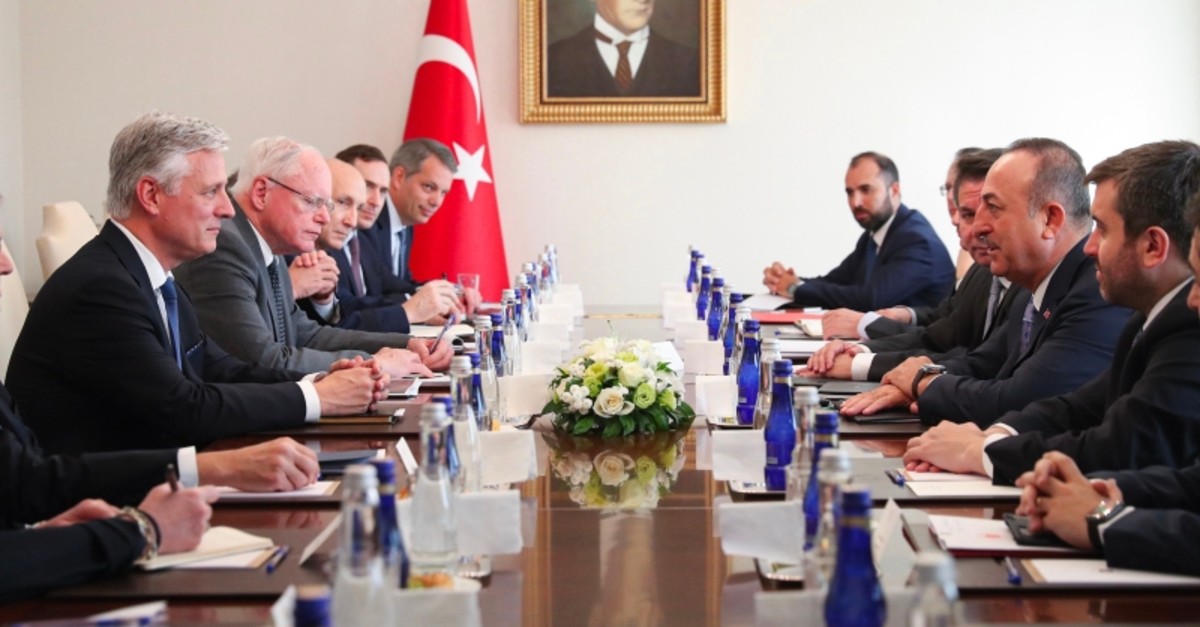 Turkey's foreign minister on Thursday met with members of a delegation led by the U.S. national security adviser in the capital Ankara.

Mevlüt Çavuşoğlu met at the Foreign Ministry with the delegation including National Security Adviser Robert O'Brien and James Jeffrey, the U.S. special envoy for the anti-Daesh coalition.

O'Brien and Jeffrey are members of a U.S. delegation led by Vice President Mike Pence and Secretary of State Mike Pompeo visiting to discuss Turkey's anti-terror operation in northern Syria, according to U.S. President Donald Trump.

Turkish President Recep Tayyip Erdoğan is due later today to meet with Pence.

Çavuşoğlu's closed-door meeting with O'Brien and Jeffrey lasted for 45 minutes, and no further details were given.