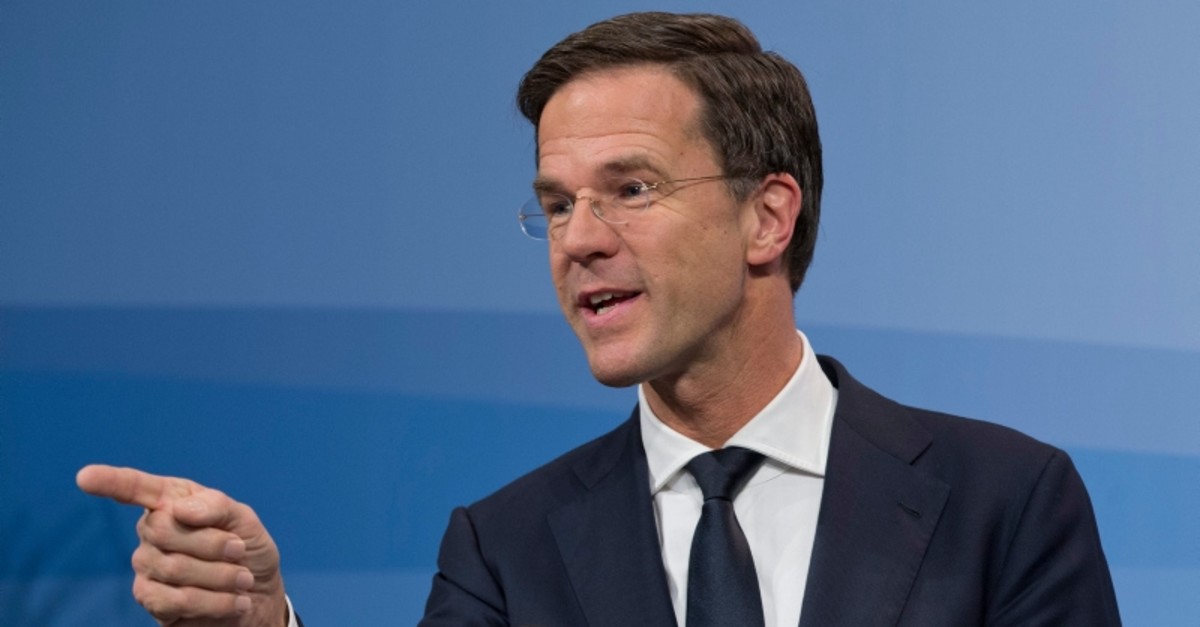 Dutch Prime Minister Mark Rutte explains the cabinet decision to extend its campaign to extend Dutch air strikes from Iraq into Eastern Syria during a press conference after a cabinet meeting in The Hague, Netherlands, Friday, Jan. 29, 2016. (AP)
by Daily Sabah with AA Oct 17, 2019 12:13 pm

Taking lawmakers' questions in parliament on Turkey's anti-terror operation in northeastern Syria — launched last week — Mark Rutte said the claim that NATO would be better without Turkey is not a "smart" claim.

"Turkey is one of the strongest NATO members. I do not think that NATO can make it without Turkey geopolitically or strategically," he stressed.

A member of the bloc since 1952, Turkey boasts NATO's second-largest army, after the United States.

Turkey has long decried the threat from terrorists east of the Euphrates in northern Syria, pledging military action to prevent the formation of a "terrorist corridor" there.
Since 2016, Turkey's Euphrates Shield and Olive Branch operations in northwestern Syria have liberated the region from YPG/PKK and Daesh terrorists, making it possible for nearly 400,000 Syrians who fled the violence to return home.