Turkey hopes to further boost ties with US, Erdoğan says 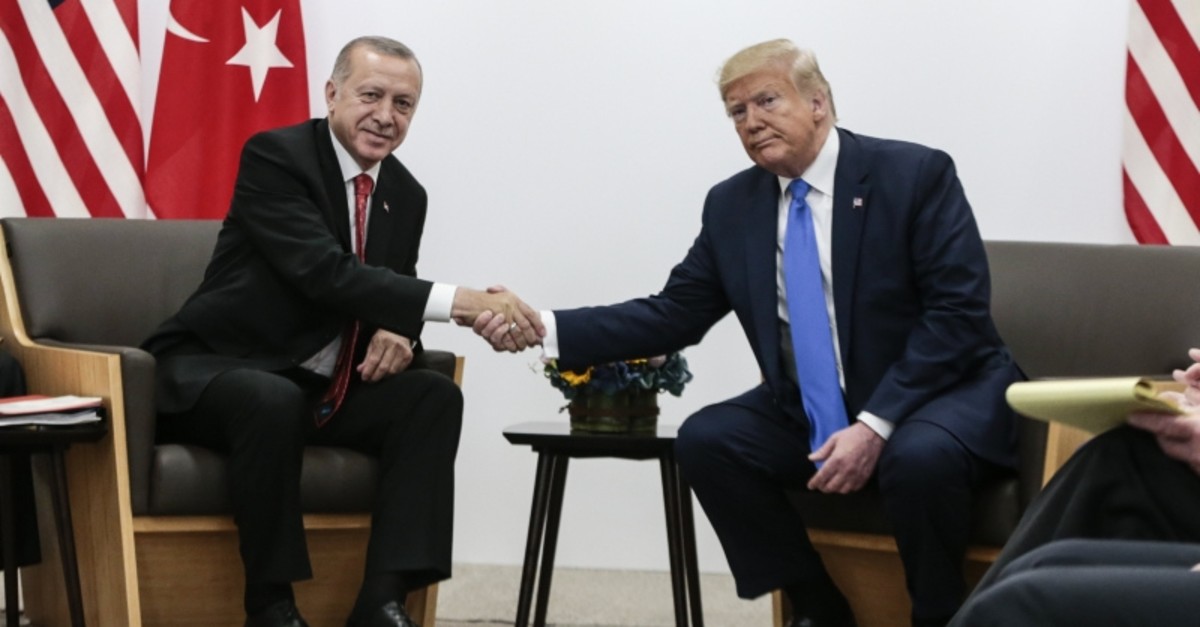 President Recep Tayyip Erdoğan expressed hope that Turkey and the U.S. will continue to work together to ensure stability and peace in the region, in a series of messages he posted on his Twitter account following a meeting with President Donald Trump on Friday.

"I wish that our joint work for the Syria safe zone efforts and the establishment of peace, stability and prosperity in the region continues," Erdoğan said.

The president also noted that he conveyed to Trump his satisfaction with the joint steps taken to enhance U.S.-Turkey ties.

U.S. President Donald Trump said that he has been notified by some European countries that they are willing to accept some former Daesh terrorists detained in Syria, seen as progress as they had previously rejected accepting any militants.

"For the first time, European nations to take the ISIS Fighters that came from their nations. This is good news, but should have been done after WE captured them. Anyway, big progress being made!" Trump said Friday on Twitter, using another acronym for the Daesh terrorist group.

Saying that he has just held a phone call with President Recep Tayyip Erdoğan, he stated that the Turkish leader very much wants the pause to work.

"Just spoke to President Erdoğan of Turkey. He told me there was minor sniper and mortar fire that was quickly eliminated," he added.

"He very much wants the ceasefire, or pause, to work. Likewise, the Kurds want it, and the ultimate solution, to happen."

"Too bad there wasn't this thinking years ago. Instead, it was always held together with very weak bandaids, & in an artificial manner. There is good will on both sides & a really good chance for success," he concluded.

A U.S. delegation led by Vice President Mike Pence met with Turkish leaders, including Erdoğan, for more than four hours Thursday and agreed to a five-day pause in the Turkish operation. The arrangement said the YPG would withdraw from what has been called a safe zone that is about 20-miles deep into Syria and stretches across about 78 miles (125 kilometers) of the central portion of the border between the two countries.

Erdoğan said Turkey aims to establish 12 observation posts in the planned safe zone in northern Syria, and up to 2 million refugees can be settled in there if it includes the cities of Deir el-Zour and Raqqa. Turkey hosts 3.6 million refugees that have fled the eight-year war in Syria.