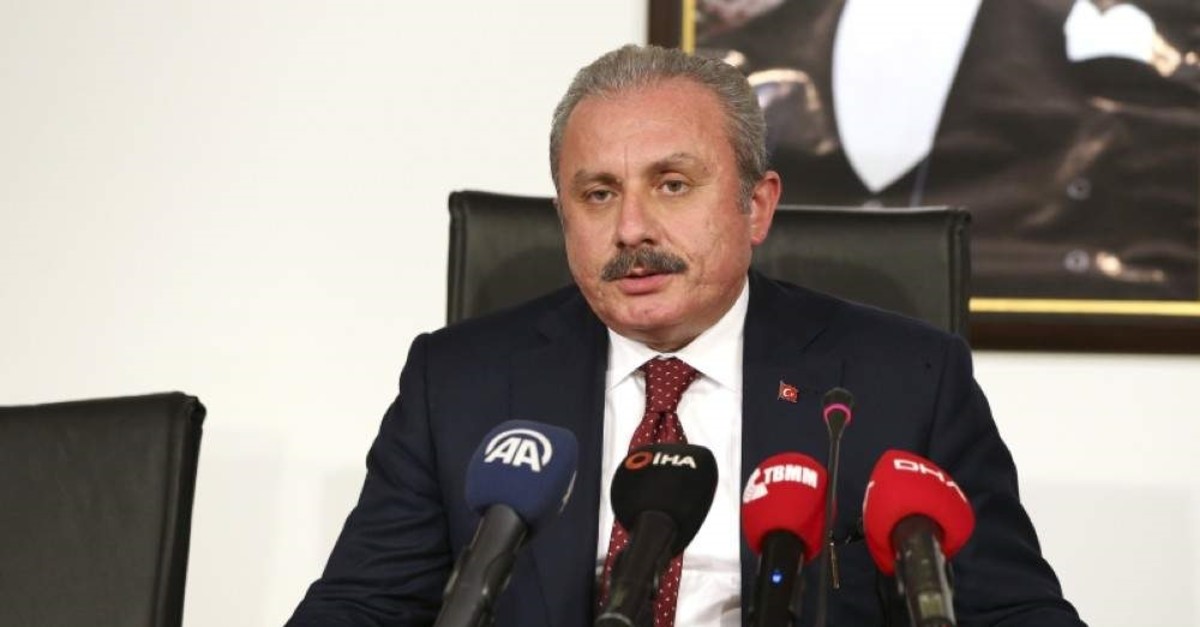 | AA Photo
by Daily Sabah Oct 18, 2019 6:31 pm
Turkey has reached its targets with Turkish-U.S. agreement on pausing its anti-terror operation in northern Syria, the Turkish parliament speaker said Friday.
"With the agreement made with the U.S. yesterday, Turkey has reached its targets that constituted the basis of Operation Peace Spring," Mustafa Şentop said on Twitter.
What we have experienced so far as well as attitudes of the two sides in this process have all been recorded in our memories and on paper, he said, adding: "The political and military power of Turkey has been noticed" in the process ahead of the agreement.
"The power of Turkey's memory will also be acknowledged in time," he added.
Following meetings between Turkish President Recep Tayyip Erdoğan and U.S. Vice President Mike Pence and their delegations in Ankara, the two sides reached a 13-article agreement on northeast Syria.
Turkey and the U.S. "reaffirmed the relationship as fellow members of NATO," and "the U.S. understands Turkey's security concerns on its southern border," it said.
The two sides agreed to the conditions, particularly in northeast Syria, necessitate closer coordination on the basis of common interests.
With an understanding of "one for all and all for one," they also remain committed to protecting NATO territories and NATO populations against all threats.
Turkey and the U.S. also reiterated "their pledge to uphold human life, human rights, and the protection of religious and ethnic communities."
Turkey launched Operation Peace Spring in northern Syria on Oct. 9 in order to secure Turkey's borders, aid the safe return of Syrian refugees, and ensure Syria's territorial integrity.
Ankara wants to clear the region east of the Euphrates River of the terrorist PKK and its Syrian offshoot, the YPG.
In its more than 30-year terror campaign against Turkey, the PKK -- listed as a terrorist organization by Turkey, the U.S., and the European Union -- has been responsible for deaths of 40,000 people, including women, children and infants.
Last Update: Dec 20, 2019 1:07 am
RELATED TOPICS