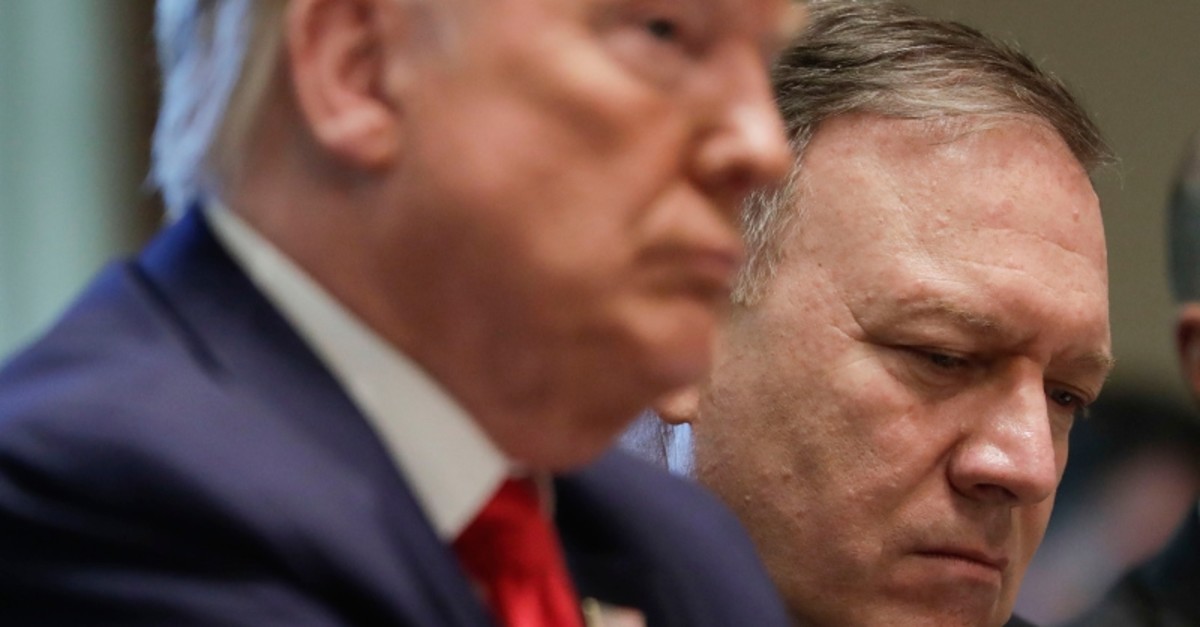 In remarks to CNBC late Monday, U.S. Secretary of State Mike Pompeo said that the administration of President Donald Trump is "fully prepared" to take military action in the Middle East.

Insisting that Washington prefers to use its "diplomatic powers," Pompeo said that they prefer "peace to war."

"But in the event that kinetic action or military action is needed, you should know that President Trump is fully prepared to undertake that action," he added.

Failing to state explicitly what action would mean "crossing the line," he added that he does not want to intervene in Trump's decisions.

"I do not want to get out in front of the president's decision about whether to take the awesome undertaking of using America's military might," he added.

One of the regional powers, Turkey and the U.S. have especially been at the loggerheads over the latter's support to People's Protection Units (YPG) terrorist group, which is the Syrian affiliate of the PKK. Tensions eased after U.S. Vice President Mike Pence, Pompeo and a delegation arrived in Ankara and worked out a deal with Turkey.

Turkey and Washington agreed on Thursday for Ankara to halt Operation Peace Spring for 120 hours while YPG terrorists withdraw from a safe zone in northeastern Syria.