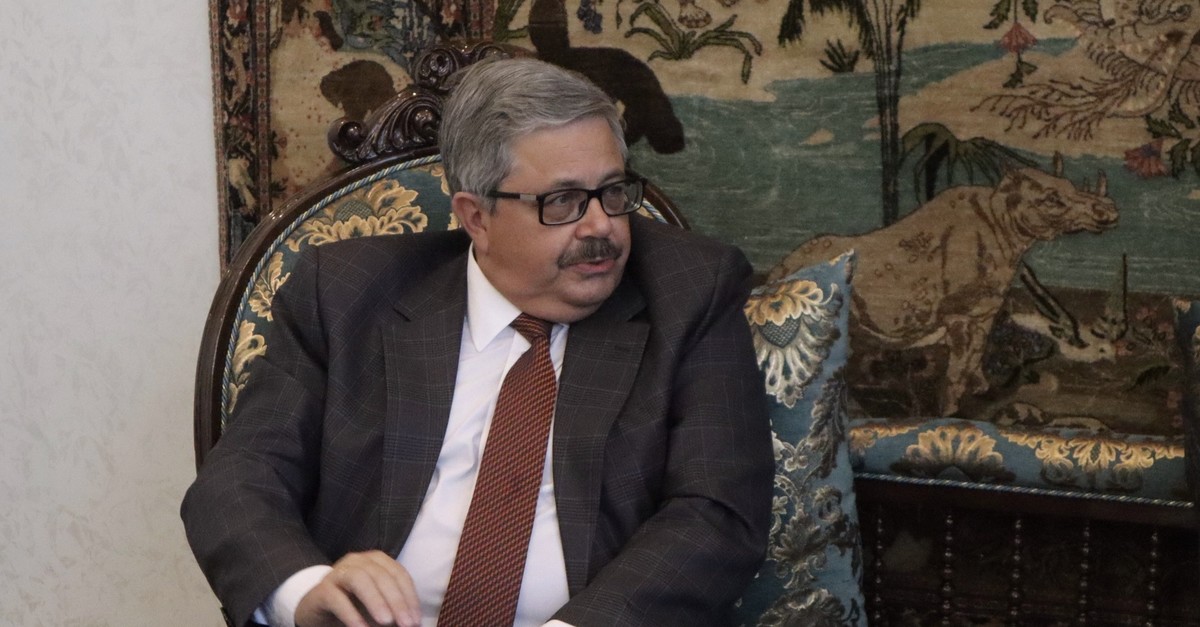 Ambassador Aleksei Erkhov speaks to Daily Sabah at the Russian Embassy in Ankara, on Oct 21, 2019. (Photo: DS / Dilara Aslan)
by Daily Sabah Oct 21, 2019 6:11 pm
President Recep Tayyip Erdoğan and Russian President Vladimir Putin will demonstrate maximum efforts to maintain peace and stability during today’s meeting in Sochi on Syria, which “comes at a very important moment” as it coincides with U.S.’s withdrawal from the northern part of the country, Russian Ambassador to Turkey Aleksey Yerhov told Daily Sabah.
“Very important developments are occurring in Syria, including the recent withdrawal of the U.S. and Turkey’s Operation Peace Spring, which created new conditions and situations in the northeastern part of the country,” Yerhov said.
The two presidents are coming together in Russia’s Sochi to discuss recent developments and the political process for a solution.
Stressing that the situation on the ground has been changing very rapidly, Yerhov said that it is very important that two countries’ military and political structures stay in contact to elaborate joint actions in the “particularly volatile and important region.”
The ambassador also emphasized that great progress has been made regarding the establishment of the Syrian Constitutional Committee, which is regarded as the most important pillar of a possible political solution in the war-torn country. “First of all, we have come very closely to the formation of the constitutional council. Great work has been done and so the lists are more and less formed,” he said, adding that the committee is expected to be launched soon. “This has given of course a concrete result of what we had discussed in the Astana format and our joint work and cooperation between Russia and Turkey,” he said.
The Astana peace process - seeking to end the Syrian conflict once and for all and to facilitate U.N.-sponsored peace talks in Geneva - was launched in January 2017 upon the initiatives of Turkey, Russia and Iran.
Last Update: Dec 20, 2019 1:09 am
RELATED TOPICS