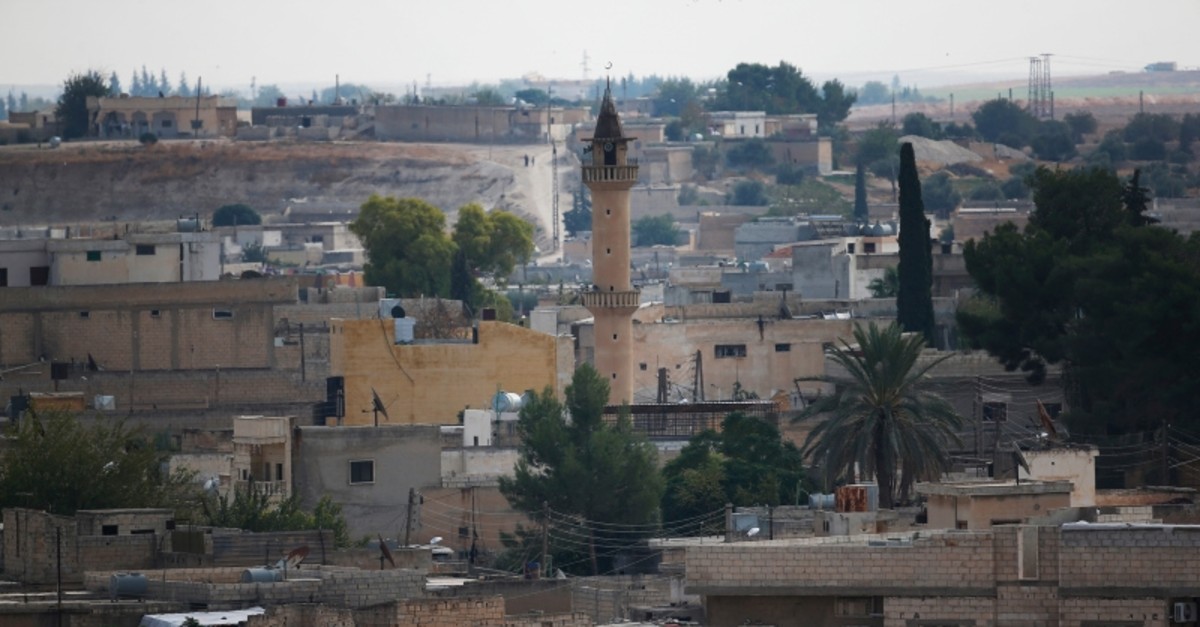 In this photo taken from the Turkish side of the border between Turkey and Syria, in Aku00e7akale, u015eanlu0131urfa province, southeastern Turkey, a view of the town of Tal Abyad, Syria, Tuesday, Oct. 22, 2019. (AP Photo)
by reuters Oct 23, 2019 12:22 pm
An agreement between Russia and Turkey to deploy their forces in northeast Syria was a positive step towards securing stability in the country, Iran's foreign ministry said on Wednesday. "Iran welcomes any steps that will bring security and calm to Syria and to secure the country's integrity," ministry spokesman Abbas Mousavi said. Under a deal agreed on Tuesday which both Moscow and Ankara hailed as a triumph, Syrian and Russian forces will move into northeast Syria to remove Kurdish YPG fighters and their weapons from the border with Turkey. [nL5N278205 "The agreement between Russia and Turkey is a positive step. We hope this agreement will remove Turkey's concerns and will bring peace and security to Syria," Mousavi said. A close ally of Syrian President Bashar al-Assad, Iran has offered to engage Syrian Kurds, the Damascus government and Turkey in talks to establish security along the Turkish-Syrian border following Turkey’s military incursion into northern Syria to fight Kurdish forces. "Iran has always backed political means to resolve disputes...and Tehran is happy to help for talks between Syria and Turkey to reach an understanding," Mousavi said.
Last Update: Dec 20, 2019 1:11 am
RELATED TOPICS