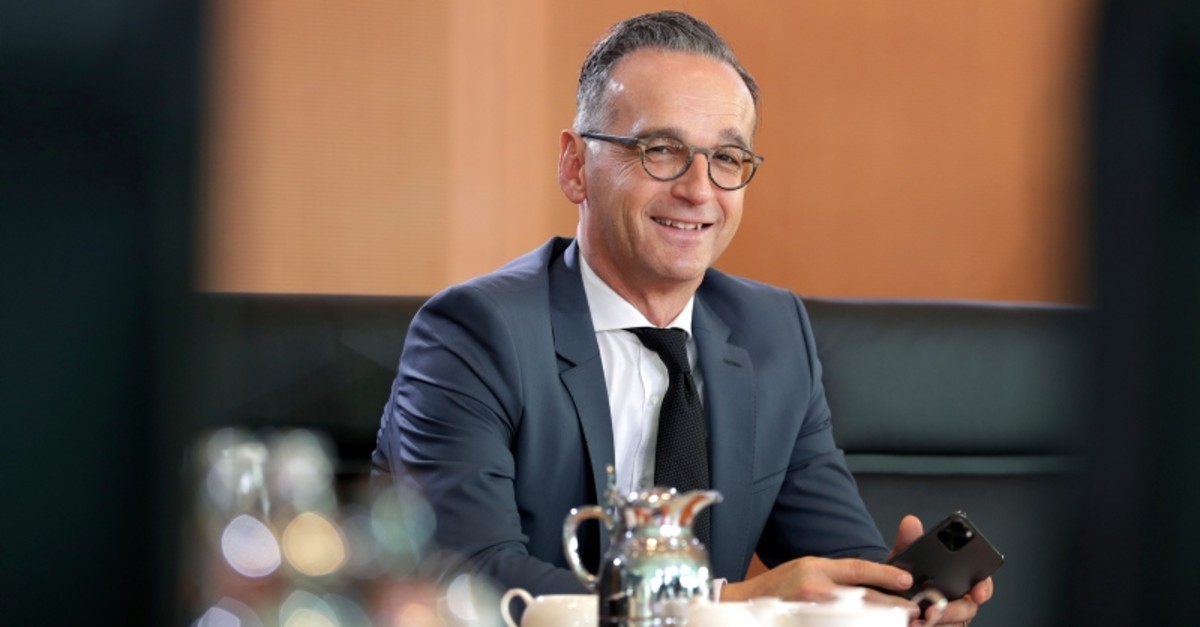 German Foreign Minister Heiko Maas is to travel to Turkey on Saturday to discuss Ankara's anti-terror operation in northern Syria.

Maas made the announcement in Berlin on Thursday.

Addressing lawmakers at the German parliament during a debate on the Middle East, Maas criticized Turkey's anti-terror operation against the PKK-affiliated People's Protection Units (YPG) terrorist group in northern Syria, but underlined the importance of dialogue between Ankara and Berlin.

"It's always better to talk to each other instead of talking about each other, therefore I will be traveling to Ankara on Saturday," he said, adding that he will meet with his Turkish counterpart and other officials and share Germany's expectations on Syria.

The Social Democrat politician expressed concerns over the protection of civilian population in northeastern Syria, stability in the region and future of U.N.-led talks for a political solution to end Syria's devastating eight-year civil war.

Referring to an initiative from Defense Minister Annegret Kramp-Karrenbauer for an U.N.-backed security zone in northern Syria backed up with troops from the European Union, he expressed continuing reserve.

"What is key in the end is what we can agree with our international partners in this situation," he said. "On this will depend which plans we pursue, and which not."

Kramp-Karrenbauer's plans have met with widespread skepticism in Germany and found little resonance among Germany's allies.

Kramp-Karrenbauer planned to introduce a draft for an internationally controlled safe zone along Syria's border with Turkey at the NATO meeting this week, despite Turkey's existing plan to create a safe zone there after the withdrawal of PKK-linked terrorists.

Meanwhile, the European Parliament called for sanctions against Turkey over its operation and urged Ankara to withdraw all its troops from Syrian territory.

Reacting to a proposal discussed in the European Parliament on Wednesday for a no-fly zone, President Recep Tayyip Erdoğan said that he had suggested this when the Syrian regime was bombing innocent people, but it was ignored.

But now that Turkey is fighting terrorism in Syria, Europe has come up with this proposal, he said on Thursday in Ankara. "The end of the European Union will come because of exactly such insincerity and hypocrisy."

He added that statements from Europe are "null and void" for Turkey.

Turkey launched Operation Peace Spring, the third in a series of cross-border anti-terror operations in northern Syria targeting terrorists affiliated with Daesh and the PKK's Syrian offshoot the YPG, on Oct. 9 at 4 p.m. The operation was paused on Oct. 17 after a deal between Ankara and Washington to give the YPG five days to withdraw from the proposed safe zone area.

On Tuesday, Turkey also reached an agreement with Russia on a 10-point plan to create a terror-free safe zone in northern Syria and they reiterated their commitment to the political unity and territorial integrity of Syria.

According to the agreement, PKK/YPG terrorists will pull back 30 kilometers (18.6 miles) from Turkey's border within 150 hours and security forces from Turkey and Russia will conduct joint patrols there.

Turkey repeatedly expressed its determination to clear northern Syria of both Daesh and YPG/PKK terrorist groups.