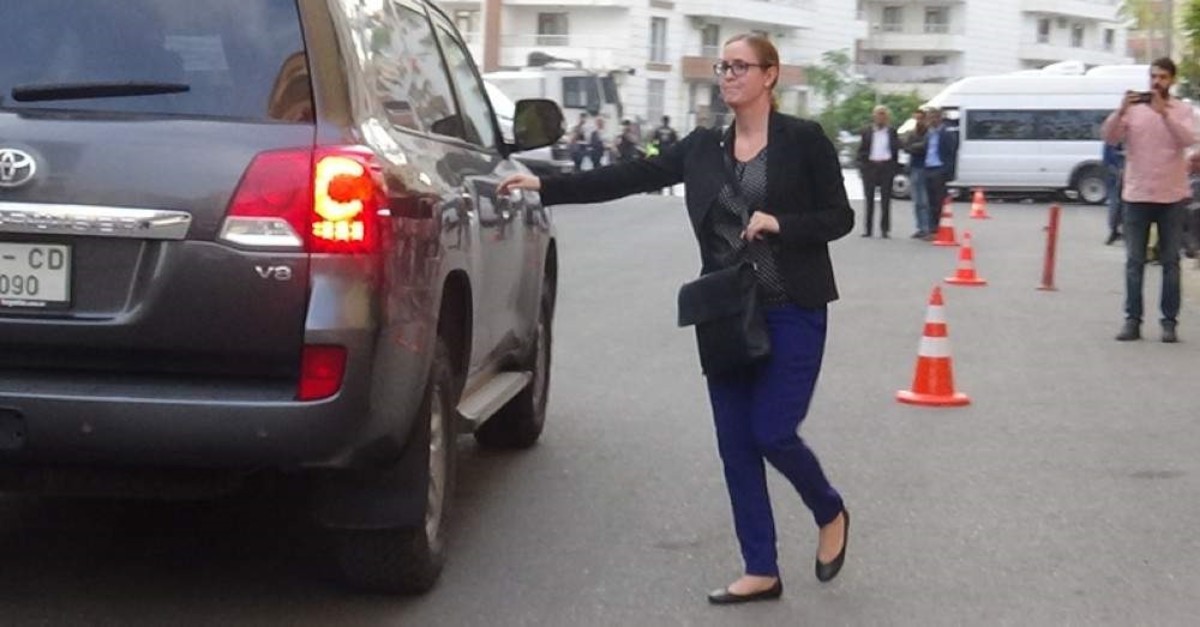 Antonia Wynne-Hughes, the second secretary of the Canadian Embassy in Ankara, was criticized for ignoring a group of parents peacefully protesting against the PKK terror group during a visit to the pro-PKK Peoples' Democratic Party’s (HDP) Diyarbakır headquarters.

Wynne-Hughes made a one-hour-long visit to the HDP provincial headquarters, outside of which families have been protesting the PKK’s abduction of their children for 53 consecutive days.

After the visit, Wynne-Hughes quickly got in an armored car and drove away without even glancing at the protesting parents.

The weekslong demonstration began with a lone protest was by mother Hacire Akar. Akar demanded the return of her 21-year-old son, Mehmet Akar, who had been missing for three days after he was abducted by the PKK terrorist group. Following her sit-in, and with the help of security forces in Diyarbakır, Akar was finally reunited with her son.

Similar events have taken place since the PKK started its more than 30-year terror campaign against Turkey, responsible for the deaths of some 40,000 people, including women, children and infants.

The HDP, long facing public reaction and judicial probes over its ties to the PKK, is under pressure due to this growing civilian protest movement launched by mothers and local families.