Turkey urges Germany to act in line with spirit of alliance 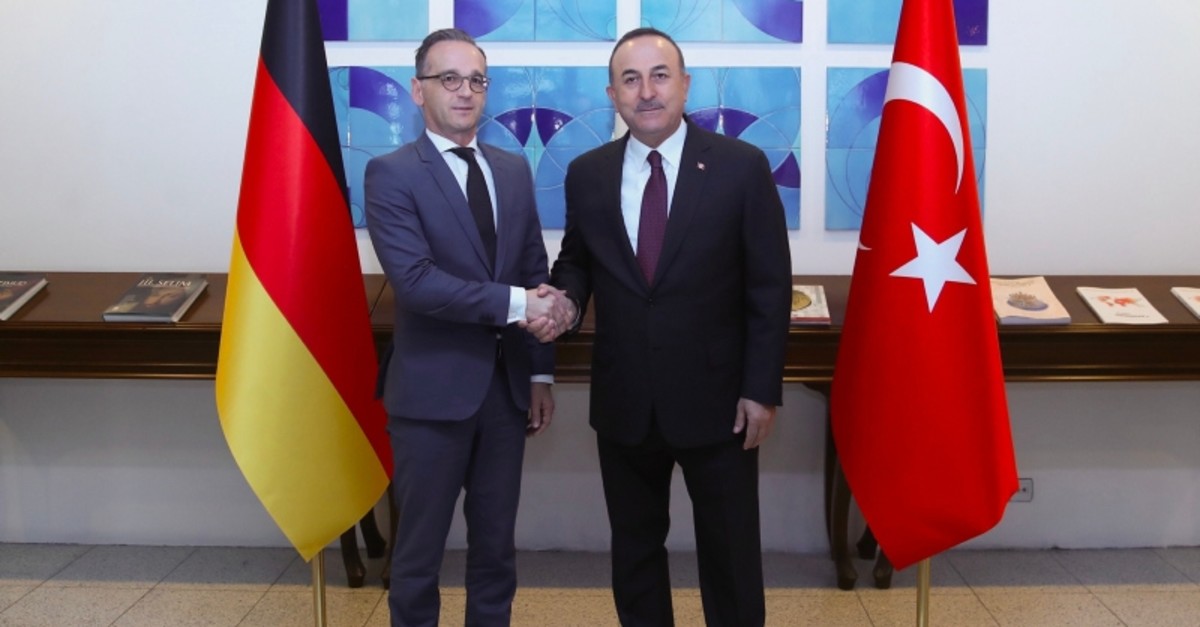 Foreign Minister Mevlüt Çavuşoğlu on Saturday called on Turkey's NATO partner Germany to act in line with the "spirit of the alliance" regarding Turkey's anti-terrorism operation in northern Syria.

"We expect Germany to act in accordance with the spirit of alliance," Çavuşoğlu said following his meeting with German Foreign Minister Heiko Maas in Ankara.

Çavuşoğlu said Turkey would not tolerate any human rights violations in northeast Syria and would investigate any allegations that they had taken place.

"The return of refugees to their homes in Syria following Turkey's anti-terror operation needs to be voluntary and safe," Çavuşoğlu said.

He also noted that PKK-affiliated People's Protection Units (YPG) terrorist group's affiliates in Germany had harassed and attacked Turkish citizens, and urged German security officials to act against such elements.

The minister said that according to U.N. figures around 30,000 people have voluntarily returned to the safe zone area created as part of the operation.

Çavuşoğlu also noted that Turkey does not find the German proposal on the international safe zone in Syria realistic.

"It will be more beneficial if we can focus on humanitarian issues," he said.

Commenting on the U.S. President Donald Trump and senators praising Ferhat Abdi Şahin (Mazloum Kobani), the terrorist YPG/PKK's ringleader, he said: "It is unacceptable that the U.S. communicates with a terrorist sought by Interpol."

German Foreign Minister Maas stressed the importance of membership of Turkey in NATO, underlining the value of a dialogue between the countries.

Earlier this week, addressing lawmakers at the German parliament during a debate on the Middle East, Maas criticized Turkey's anti-terror operation against the PKK-affiliated YPG terrorist group in northern Syria but underlined the importance of dialogue between Ankara and Berlin.

There has also been disagreement within the German government about the situation in Syria. This week, Defense Minister Annegret Kramp-Karrenbauer proposed a U.N.-backed security zone in Syria, but Maas did not support the proposal.

Kramp-Karrenbauer planned to introduce a draft for an internationally controlled safe zone along Syria's border with Turkey at the NATO meeting this week, despite Turkey's existing plan to create a safe zone there after the withdrawal of PKK-linked terrorists.