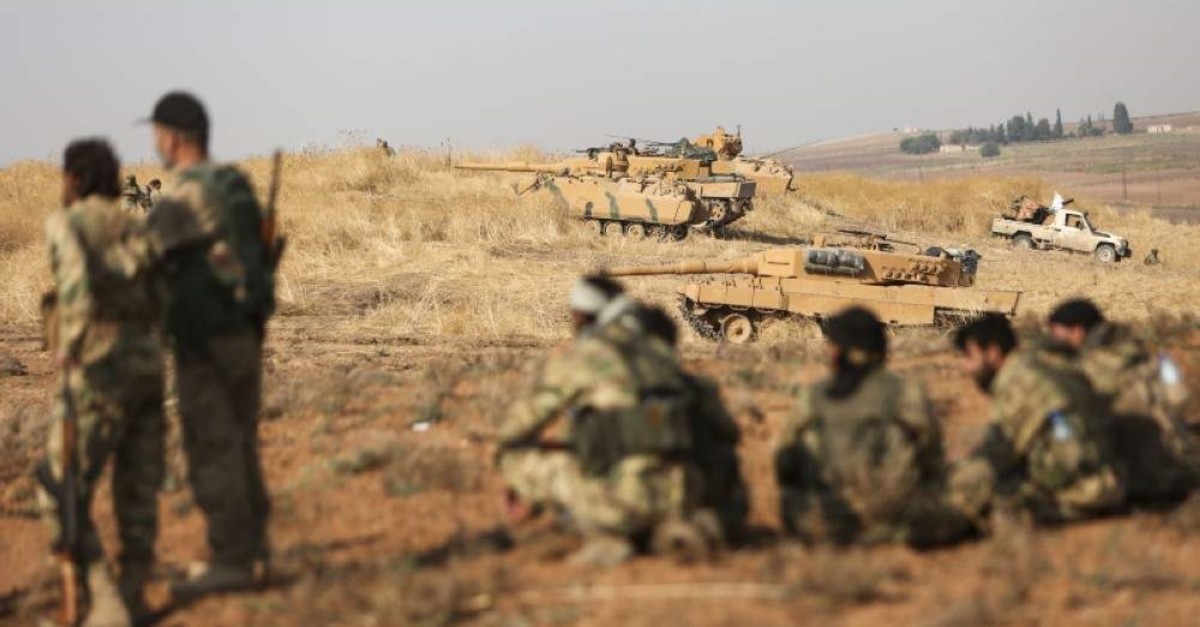 Russia hopes that the People’s Protection Units (YPG) will leave the designated safe zone in northeastern Syria on time, a top official said Tuesday, as the 150-hour deadline looms.

Alexander Lavrentiev, Russian President Vladimir Putin's special envoy on Syria, said they are awaiting the PKK-linked group’s withdrawal as per the Sochi agreement signed by Ankara and Moscow. The deal stipulates the withdrawal of YPG terrorists 30 kilometers south of the border by 6 p.m. local time (9 p.m. GMT) on Tuesday.

Lavrentyev also told reporters that Russia thinks that the Bashar Assad regime should have control over the oil fields in Syria’s northwest.

“We believe this is the only way out,” he said, expressing Russia’s opposition to U.S. President Donald Trump’s recent statement suggesting their job in Syria was over but the country will maintain troop presence to protect the oil fields.

Earlier, Turkey had agreed to suspend its Operation Peace Spring to allow the terrorists to withdraw from the safe zone area along the border — first on Oct. 17 when Ankara agreed to a pause following high-level talks with the U.S., and second time round on Oct. 22 when Turkey and Russia reached an agreement to establish a terror-free safe zone near the Turkish border in Syria. However, despite the agreements, there have been dozens of YPG attacks in Syria.

Turkey launched Operation Peace Spring on Oct. 9. It is the third in a series of cross-border anti-terror operations in northern Syria targeting terrorists affiliated with Daesh and the PKK's Syrian offshoot the YPG.

The operation, conducted in line with the country's right to self-defense, borne out of international law and U.N. Security Council resolutions. It aims to establish a terror-free safe zone east of the Euphrates to repatriate Syrian refugees. The area was controlled by the U.S.-backed Syrian Democratic Forces (SDF), which is dominated by YPG terrorists.

The PKK – listed as a terrorist organization by Turkey, the U.S. and the EU – has waged a terror campaign against Turkey for more than 30 years, resulting in the deaths of nearly 40,000 people, including women and children.