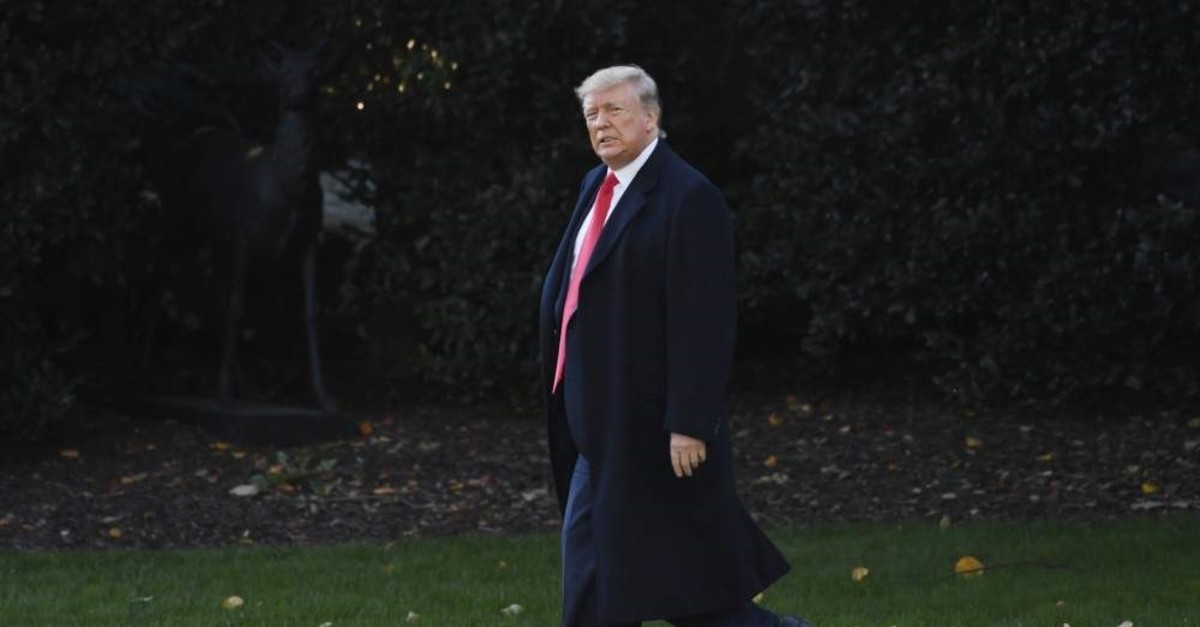 President Donald Trump walks out talks to reporters on the South Lawn of the White House in Washington, Friday, Nov. 1, 2019. Trump is heading to Mississippi for a campaign event. (AP Photo)
by
Nov 02, 2019 12:32 am
U.S. President Donald Trump said Friday the cease-fire in northern Syria has held nicely and hailed his relationship with his Turkish counterpart Recep Tayyip Erdoğan.
Turkey recently launched Operation Peace Spring on Oct. 9 as the third in a series of Turkish cross-border anti-terror operations in northern Syria targeting terrorists affiliated with Daesh and the PKK's Syrian offshoot the YPG.
Last Update: Dec 20, 2019 1:23 am