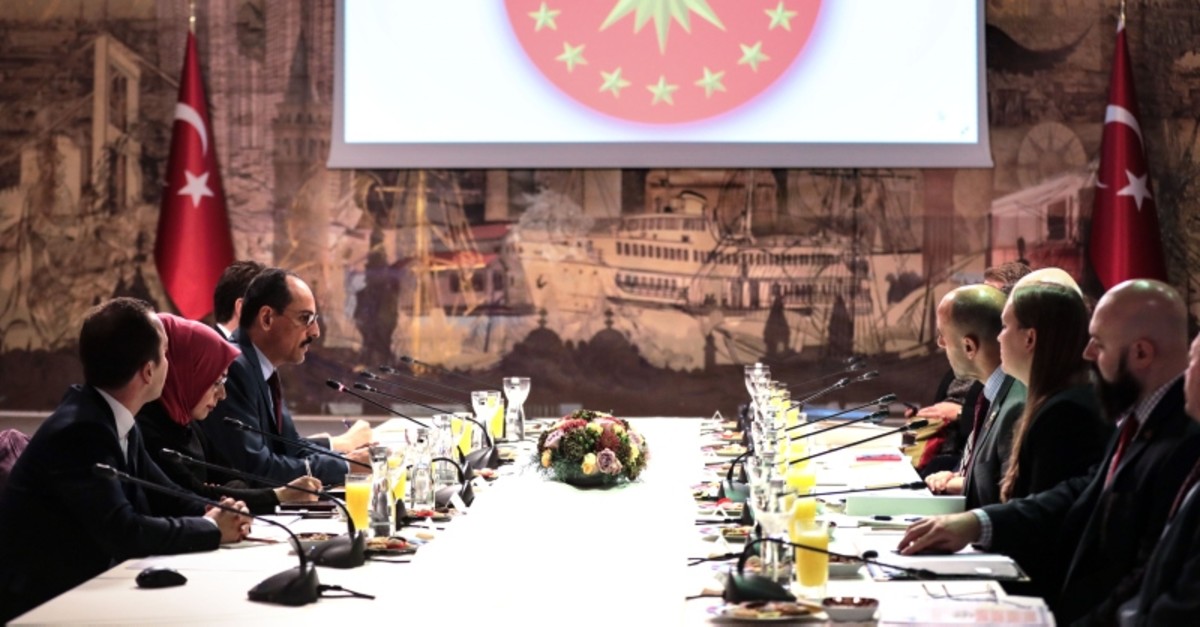 Presidential Spokesman Ibrahim Kalın met with a delegation of the U.S. House of Representatives on Saturday in Istanbul where they discussed the latest developments in Syria.

Regional developments, bilateral relations, the fight against terrorism and the establishment of a safe zone in northern Syria were discussed at the meeting, as well as the strategic importance of relations between the two countries.

Turkish officials informed the delegation about the country's efforts to ensure the safe return of Syrian refugees and the need for the international community to take responsibility in this regard.

It was highlighted that extremism is a global problem and the international community should make more efforts on this issue.

On Oct. 9, Turkey launched Operation Peace Spring with the aim of eliminating the PKK/People's Protection Units (YPG) terrorists from northern Syria in order to secure Turkey's borders, aid in the safe return of Syrian refugees and ensure Syria's territorial integrity.
The operation, conducted in line with the country’s right to self-defense borne out of international law and U.N. Security Council resolutions, aims to establish a terror-free safe zone, east of the Euphrates River, where Syrians can return to in safety.
On Oct. 22, Ankara and Moscow reached a deal under which PKK/YPG terrorists will pull back 30 kilometers south of Turkey's border with Syria within 150 hours, and security forces from Turkey and Russia will mount joint patrols there. In its more than 30-year terror campaign against Turkey, the PKK – listed as a terrorist organization by Turkey, the U.S. and the European Union – has been responsible for the deaths of 40,000 people, including women, children, and infants.