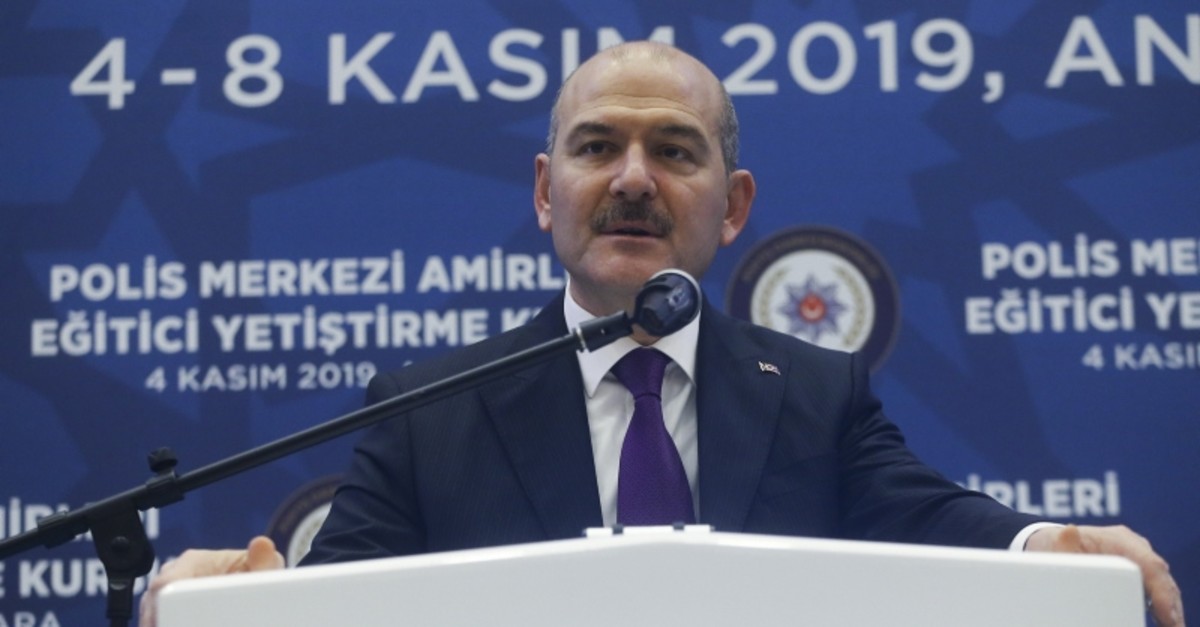 Turkey will send all detained foreign Daesh terrorists to their countries of origin even if their citizenships have been revoked, Interior Minister Süleyman Soylu said Monday.

Reiterating Turkey's determination to deport Daesh terrorists, Soylu said the country will send them back to their home countries regardless of their citizenship status.

"The world has adopted a new method involving the revoking of citizenship to avoid responsibility," Soylu said, adding that this approach violates international law standards.

The minister opposed the new approach, saying that Turkey will send the terrorists back regardless of their citizenship status.

He noted that Turkey currently holds 1,200 Daesh terrorists in prisons.

Around 287 of these were detained following Operation Peace Spring, Soylu said, noting that they include women and children.

"All of those in prisons are foreign terrorist fighters. There are also some foreign fighters in our repatriation centers too," the minister told reporters, adding that Turkish authorities are on alert regarding these terrorists and continue to detain more.

The number of Daesh terrorists released by the PKK's Syrian affiliate People's Protection Units (YPG) is said to be close to 750. 265 of those terrorists have surrendered and are now under the control of the Turkish army.

The issue of repatriating citizens who fought for Daesh in Syria remains to be a divisive problem in Europe, with many countries refusing to accept the terrorists.