Turkey will defend the rights of Turkish Cypriots 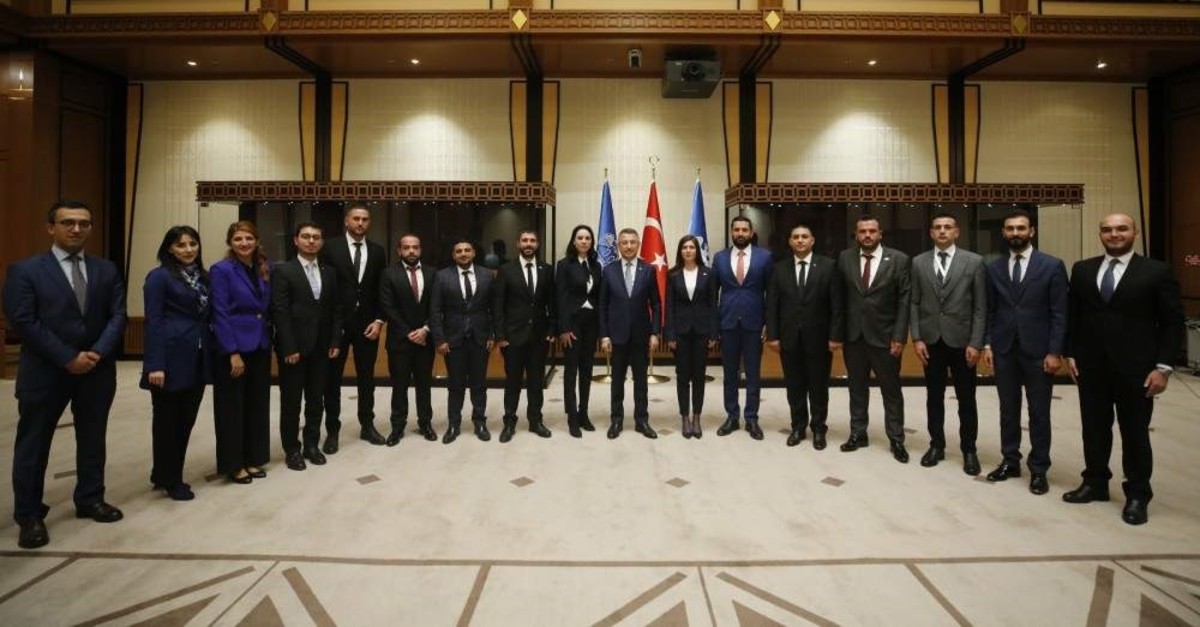 Turkey will not allow any violation of the Turkish Republic of Northern Cyprus' (TRNC) rights and sees political equality as a prerequisite to a solution on Cyprus, Vice President Fuat Oktay said Tuesday.

He stressed that peace cannot be established according to the principle of the minority. “There are hydrocarbon sources [in Cyprus]. Why do you think the region attracts attention? If there are two people on the island, then there needs to be a fair sharing.”

Turkey has repeatedly voiced that it will continue to take the necessary measures to protect the rights and interests of the Turkish Cypriots, especially on the hydrocarbon resources which are unilaterally claimed by the Greek part of the island.

Speaking to a group of young Turkish Cypriots in the capital Ankara, Oktay said: “You have to determine your own future. This prosperity belongs to everyone living on the island and has to be distributed equally.” He underlined that “this homeland [Turkey] of 780,000 square kilometers is also yours,” indicating that Turkey is also home to the Turkish Cypriots.

Cyprus has been divided since 1974 when Turkey used its guarantor rights to intervene on the island after a far-right Greek Cypriot military coup, sponsored by the military junta then in power in Athens, sought to unite the island with Greece.
The coup followed a decade of inter-ethnic violence and terrorism targeting Turkish Cypriots, who were forced to live in enclaves when Greek Cypriots unilaterally changed the constitution in 1963 and stripped the island's Turks of their political rights.

Advising the youngsters to take part in politics and display a strong stance to solve the problems of both Turkey and the TRNC, Oktay said the youth will strongly contribute to creating future ties between the two countries.

The TRNC, established in 1983 on the northern one-third of the island, is only recognized by Turkey and faces a longstanding embargo in commerce, transportation and culture. Meanwhile, the Greek Cypriot Administration enjoys recognition by the international community as the Republic of Cyprus, established in 1960, and is a member of the EU.

The decades since have seen several attempts to resolve the Cyprus dispute, all failing. The latest one, held with the participation of the guarantor countries –Turkey, Greece, and the U.K. – ended in 2017 in Switzerland.