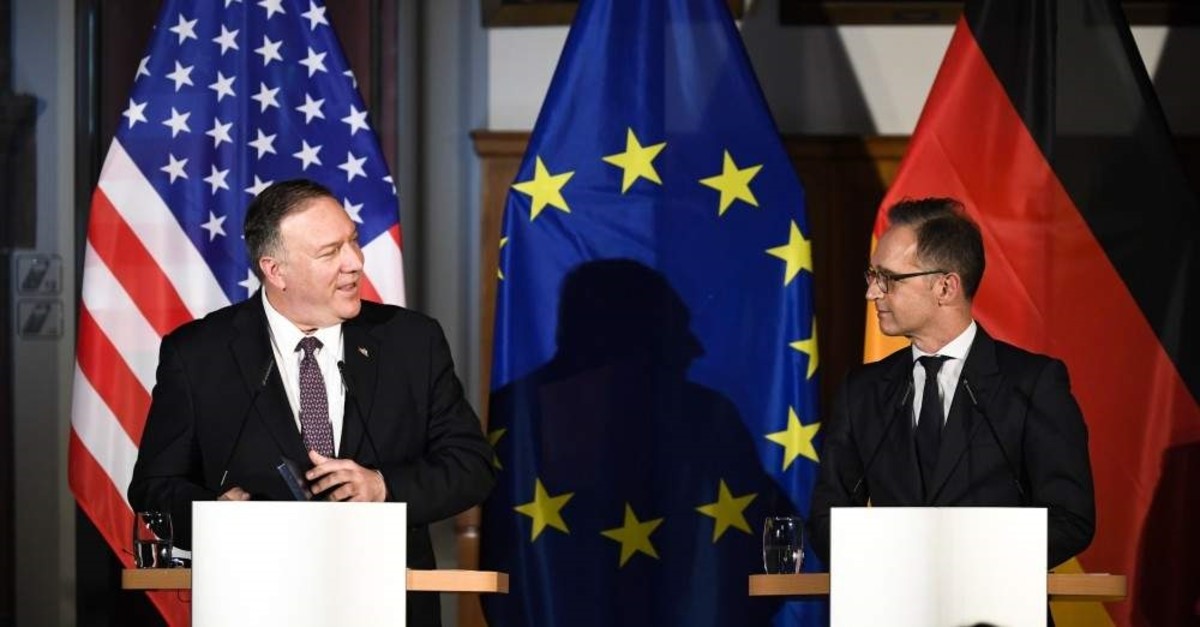 Turkey remains a crucial NATO partner despite differences between allies and Ankara on its recent anti-terror operation in northern Syria, Germany’s foreign minister said on Thursday.

Speaking at a joint news conference with U.S. Secretary of State Mike Pompeo following their meeting in the eastern German city of Leipzig, Heiko Maas said they discussed various international issues, including Russia’s role in the region, Iran’s nuclear program and the conflict in Syria during their meeting.

"Despite our differences with Ankara these days, it is a partner of NATO, it is a crucial, a significant partner of NATO. We should keep dialogue open,” he stressed, amid criticism by the U.S., Germany and several other NATO allies on Turkey’s Operation Peace Spring in northern Syria.

Maas underlined the importance of ending hostilities, protecting civilian populations in the region and the need to comply with UNHCR standards when facilitating the return of Syrian refugees to areas cleared of terrorists.

"From Norway in the north, to Turkey in the south, and the U.S., Canada, and the U.K. in the west. All are key to keeping Europe safe,” Stoltenberg said at the Koerber Foundation when he gave a speech at the Korber Global Leaders Dialogue event in Berlin.

Highlighting Turkey's important role in protecting Europe, Stoltenberg's remarks followed earlier statements by the head of the western military alliance in which he reiterated Ankara's position as "an important NATO ally."

"One must acknowledge that Turkey is an important ally,” Stoltenberg had said in a recent interview with the German weekly Bild am Sonntag.

He had pointed out that Ankara had legitimate security interests.

"In the fight against ISIL (Daesh), Turkey has made crucial contributions for physically destroying the so-called caliphate. Furthermore: No other ally is hosting so many Syrian refugees, 3.6 million in total. And no other NATO ally has suffered more terrorist attacks than Turkey,” Stoltenberg said.

Speaking after a meeting with Stoltenberg, German Chancellor Angela Merkel also said that the proposal for a safe zone in Syria by German Defense Minister Annegret Kramp-Karrenbauer is a good idea but what first needs to be considered is the reality on the field, noting it is important to discuss the issue with Turkey and Russia.

The German defense minister had introduced a draft for an internationally controlled safe zone along Syria's border with Turkey, despite Turkey's existing plan to create a safe zone there after the withdrawal of PKK-linked terrorists and opposition by some allies.

Turkey has long insisted on creating a safe zone along the Turkish-Syrian border for the resettlement of Syrian refugees and clearing the terrorist threat from its borders, despite the previous disagreements with its allies, namely the country’s NATO ally the US.

"We keep urging Russia and Turkey and the regime... not to take steps that would further destabilize [an] already difficult region,” he said.

Ankara and Washington reached a deal on Oct. 17 to pause the operation to allow the withdrawal of YPG/PKK terrorists from the planned safe zone.

Ankara has repeatedly expressed its determination to clear northern Syria of both Daesh and YPG/PKK terrorist groups.

In its more than 30-year terror campaign against Turkey, the PKK, listed as a terrorist organization by Turkey, the U.S. and the European Union, has been responsible for deaths of 40,000 people, including women, children and infants. The YPG is the PKK’s Syrian offshoot.