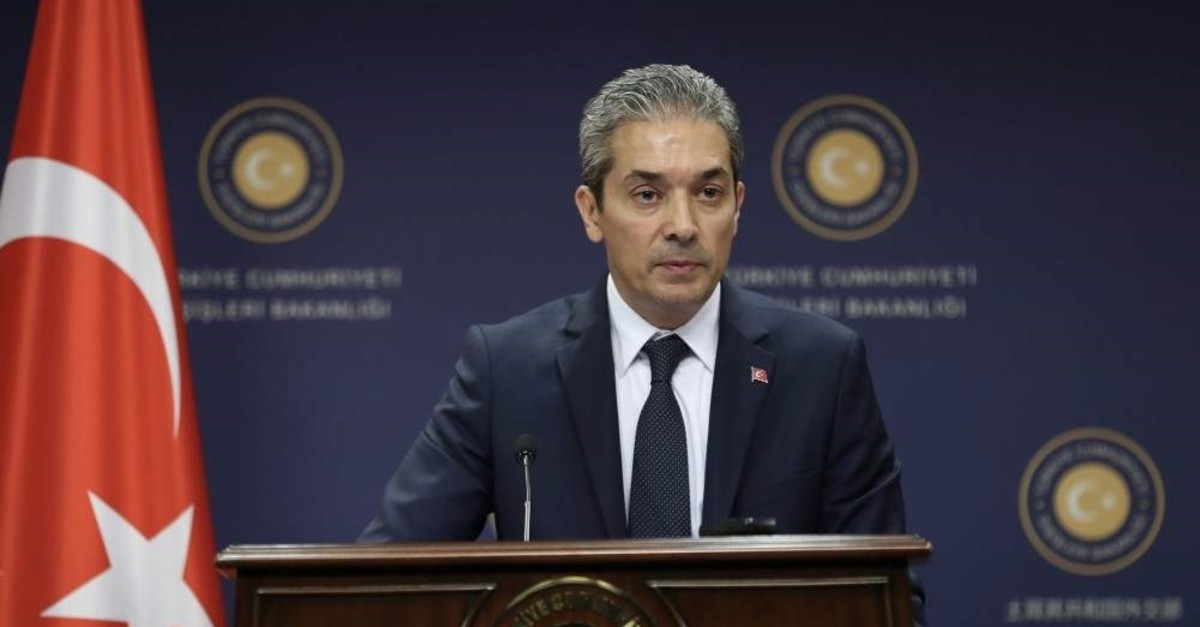 Turkey has never forgotten the atrocities committed by Greece against Turks, Foreign Ministry spokesperson Hami Aksoy said Friday, in response to controversial remarks made by the Greek president during a visit to Armenia.
"Greece systematically annihilated Turks and Muslims in the region during and after the period of independence from the Ottoman Empire," Aksoy said in response to Greek President Prokopis Pavlopoulos’ statement, accusing Turkey of genocide.
Pavlopoulos recently urged Turkey to “make peace with its past and apologize.”
"We witness that Greece continues to take side with the hostile circles against Turkey and support their baseless stance and allegations," Aksoy said.
He continued by saying that Turkey believes the only way to enhance peace, stability and welfare in the region is by favoring friendship and good neighborly ties.
"Even today, Greece continues its inhumane practices against its Turkish minorities, taking it as far as to punish Muftis with imprisonment for performing a Friday prayer," he added.
Aksoy said that although Turkey is taking lessons of peace and fraternity rather than hostility from history, it is also "well aware of the said historical realities."
He said Turkey's position regarding the events of 1915 during the Ottoman Empire was clearly put forward by President Recep Tayyip Erdoğan in his statement on April 23, 2014, while serving as prime minister, so no further explanation is needed on the matter.
Turkey's position on the events is that the deaths of Armenians in eastern Anatolia took place when some sided with invading Russians and revolted against Ottoman forces. A subsequent relocation of Armenians resulted in numerous casualties.
Turkey objects the presentation of the incidents as "genocide" but describes the 1915 events as a tragedy in which both sides suffered casualties.
Ankara has repeatedly proposed the creation of a joint commission of historians from Turkey and Armenia plus international experts to examine the issue.