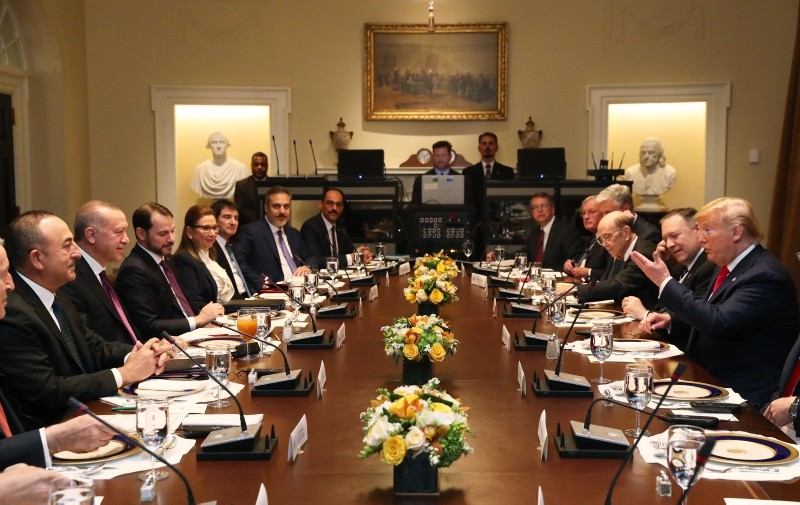 President Recep Tayyip Erdoğan and U.S. President Donald Trump has "frank and very productive" talks Wednesday that far exceeded their scheduled conclusion, with both sides discussing a range of crucial matters such as Turkey's acquisition of F-35 fighter jets, the situation in Syria and the bilateral trade volume between the two countries.

The press conference following the talks was off to a very good start with Trump declaring that he was "big fan" of his visiting Turkish counterpart. 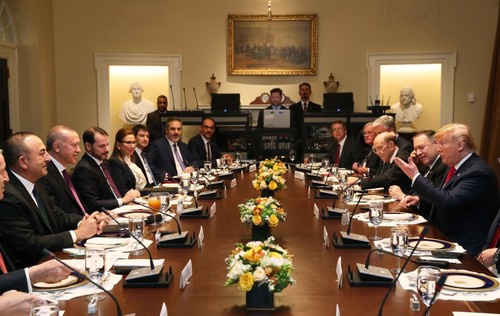 "Turkey, as everyone knows, is a great NATO ally and a strategic partner of the United States," Trump said.

His comments echoed his remarks from earlier before the two presidents held a one-one-one meeting. 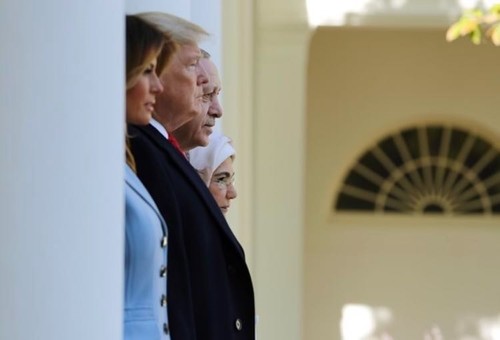 "We're great friends with President Erdoğan. We understand each other and our bilateral concerns," he had told reporters before the talks.

After their 75-minute meeting and discussions between Turkish and U.S. delegations, Trump again reiterated that the talks were "wonderful", adding: "The U.S.-Turkish alliance can be a powerful force for security and stability, not only in the Middle East, but beyond."

"I look forward to working with you," Trump said, referring to Erdoğan.

Then came the time to address points of contention between both sides. First up was Ankara's purchase of the Russian S-400 surface-to-air missile system.

"We can overcome the tests we are facing, particularly regarding the S-400 system and F-35, only through dialogue," Erdoğan told the joint press conference.

Turkey was suspended from the U.S.-led F-35 fighter jet program after buying the Russian system this year.

Erdoğan said he told Trump that Turkey can buy U.S. Patriot missiles "if offered the desired conditions," in a reference to the price.

Trump said he and Erdoğan have directed their senior officials to "immediately work on resolving the S-400 issue."

Turkey's acceptance of the S-400, Trump said, "creates some very serious challenges for us, and we are talking about it constantly."

"We talked about it today. We will talk about it in the future. Hopefully, we'll be able to resolve that situation," Trump said.

Regarding the expansion of the bilateral trade volume to reach $100 billion, Trump said he thinks "we made tremendous progress on that."

"We encourage Turkey to further open its market, and they are doing that," he said.

Trump also touched upon the Syrian refugee crisis. "Turkey now has 4 million refugees. Europe should undertake more responsibility regarding the issue. I hope Europe will do what's necessary," he said.

Next up was the fight against terror.

"We hold the same view with President Trump regarding the readmission of former Daesh terrorists by their countries of origin. We have underlined the significance of the fight against terrorist groups. Turkey and the U.S. stand side by side to eliminate Daesh terrorists and establish peace in Syria," Erdoğan said, starting off on a positive and collaborative note.

However, he was quick to point out inconsistencies in the U.S. approach to terrorist groups in the region.

"The People's Protection Units (YPG)/PKK continues to launch attacks on our country. 19 incidents of harassing fire were recorded in the last 24 hours. Most recently, they attacked a hospital in Tal Abyad, which resulted in the deaths of 13 civilians," Erdoğan said, underscoring Turkey's security concerns.

The Turkish president also expressed his disappointment in the U.S. for inviting a terrorist into their homes.

"It's saddening that someone whom (jailed PKK leader) Öcalan calls 'my adoptive son', a PKK terrorist, was treated otherwise," he said.

" I also handed him (Trump) the CIA document proving Ferhad Abdi Şahin (Mazloum Abdi) is a terrorist," he added. 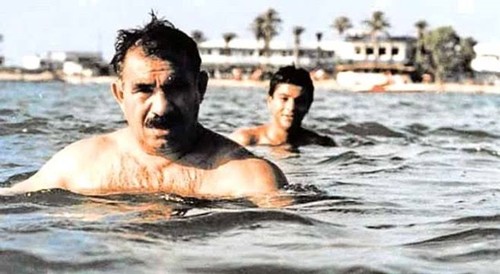 Erdoğan then began talking about another terrorist, the figure behind a 2016 coup attempt that left 51 killed and 2,000 people injured.

"I hope they will return this terrorist to us, as we return terrorists to them when requested," he said.

Erdoğan said he provided the U.S. administration with "documents" that proved Gülen's links to the failed putsch.

Erdoğan also criticized a House of Representatives' resolution on Armenia, saying it "cast a shadow on relations" with the U.S.

The Turkish president accused "terrorist sympathizers" of trying to harm ties between the NATO allies with "disinformation."

"I have told Mr. President that the decisions taken by the House of Representatives on October 29 served this purpose, offended our people and overshadowed our relations," he told a press conference.

The House voted 405-11 on a non-binding resolution to recognize the 1915 events as "genocide".

Erdoğan said the Armenian "event some 104 years ago under war conditions has to be discussed by historians, not politicians," adding that Turkey was ready to open its state archives.