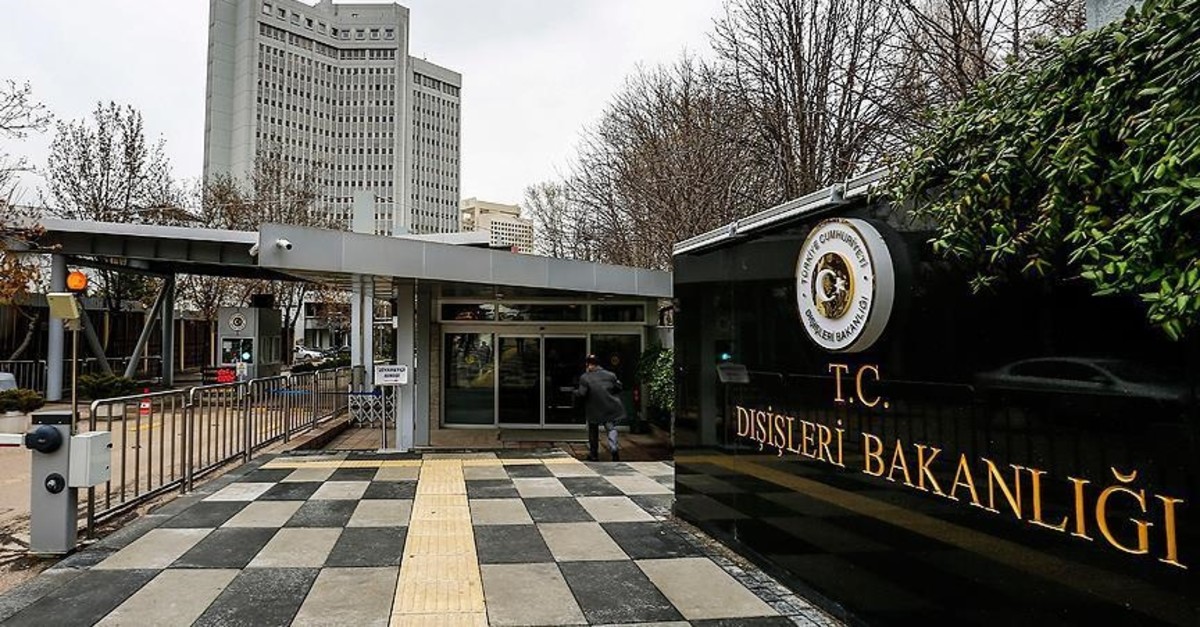 Turkey condemns in the strongest terms the attacks carried out by Israel on the Israeli-blockaded Gaza Strip, the Foreign Ministry said Wednesday, calling on the country to stop its state policy of aggression.

“Israel has killed many innocent Palestinian people in attacks in Gaza since yesterday. We strongly condemn these attacks,” the ministry said in a statement.

The ministry called on Israel to end its aggressive attitude and occupation that has become a state policy.

It said Israel's 52-year-long occupation is the longest aggressive occupation of the modern era.

"The international community should no longer close its eyes to this tragedy in Palestine but should act swiftly against the Israeli occupation policy and aggression," the ministry said.

The ministry called on the international community to fulfill its responsibilities to protect civilians in Palestine.

At least 23 Palestinians have been killed and 71 others, including 30 children and 13 women, injured by Israeli raids on the blockaded strip since Tuesday.

The situation escalated in Gaza early Tuesday after an Israeli airstrike killed Bahaa Abu al-Atta, the commander of the resistance group Islamic Jihad, as well as his wife Asmaa Abu al-Atta.

The Gaza Health Ministry raised the death toll yesterday after three people were killed in the latest Israeli airstrike, adding that more than 50 people had been injured since airstrikes began early Tuesday.

Among the latest casualties were a father and two sons whose identities remain unclear. A mobile video showed they were hit while traveling on a motorbike.

The Israeli army carried out at least 30 airstrikes and artillery attacks Tuesday on several areas of the Palestinian enclave, including agricultural lands, residential buildings and several sites of different Palestinian factions, according to the government's media office in the strip.