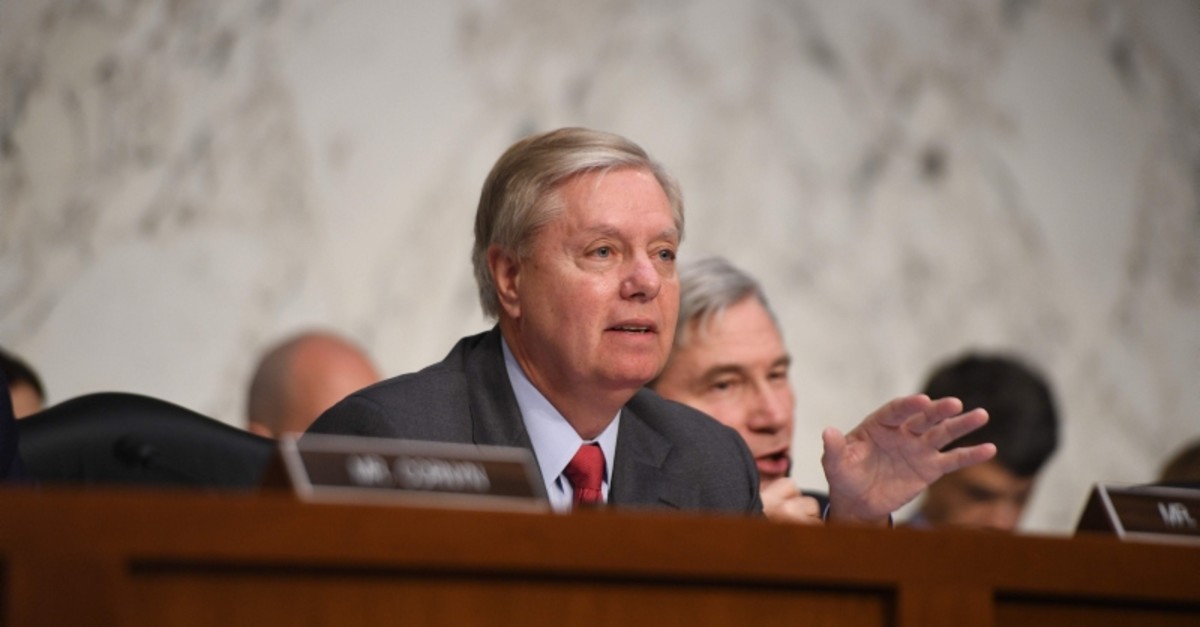 The U.S. Senate failed to approve a controversial resolution passed by the House of Representatives on the 1915 events after South Carolina Sen. Lindsey Graham blocked it following a meeting with Turkish President Recep Tayyip Erdoğan.

The Republican senator opposed H.Res.296, saying that senators should not “sugarcoat history or try to rewrite it,” The Hill reported.

"I just met with President Erdoğan and President Trump about the problems we face in Syria by the military incursion by Turkey. I do hope that Turkey and Armenia can come together and deal with this problem," he was quoted as saying on the Senate floor and added that he was against the resolution "not because of the past but because of the future."

President Erdoğan had said earlier on Wednesday that he thinks the U.S. Senate would not approve the controversial resolution.

"I believe the Senate will act prudently and will not repeat the mistake made by the House of Representatives," Erdoğan said in a meeting at the Diyanet Center of America in Maryland, as he repeated the call for historians, rather than politicians, to investigate the issue.

"If the U.S. really wants to act fairly, it should avoid taking a political stance on a matter that historians should decide," Erdoğan said, noting that a one-sided decision on such a critical issue has the potential to cause permanent damage in bilateral relations with the U.S.

Turkish officials strongly condemned the resolution adopted by the U.S. House of Representatives on the 1915 events, saying that it would significantly damage bilateral relations between the two countries in a turbulent region at such a critical period.

In October, the U.S. House of Representatives adopted resolution H.R.296 "Affirming the United States Record on the Armenian Genocide" and a bill that imposes sanctions on Turkey's anti-terror operation in northeastern Syria.

Turkey recognizes that some Armenians, who sided with invading Russians to revolt against Ottoman forces, died in eastern Anatolia in 1915 following a relocation process. Turkey acknowledges that both sides suffered casualties during World War I while describing it as a tragedy for both sides. Ankara has repeatedly proposed the creation of a joint historical commission to shed light on the incidents, but Armenia has refused to do so.