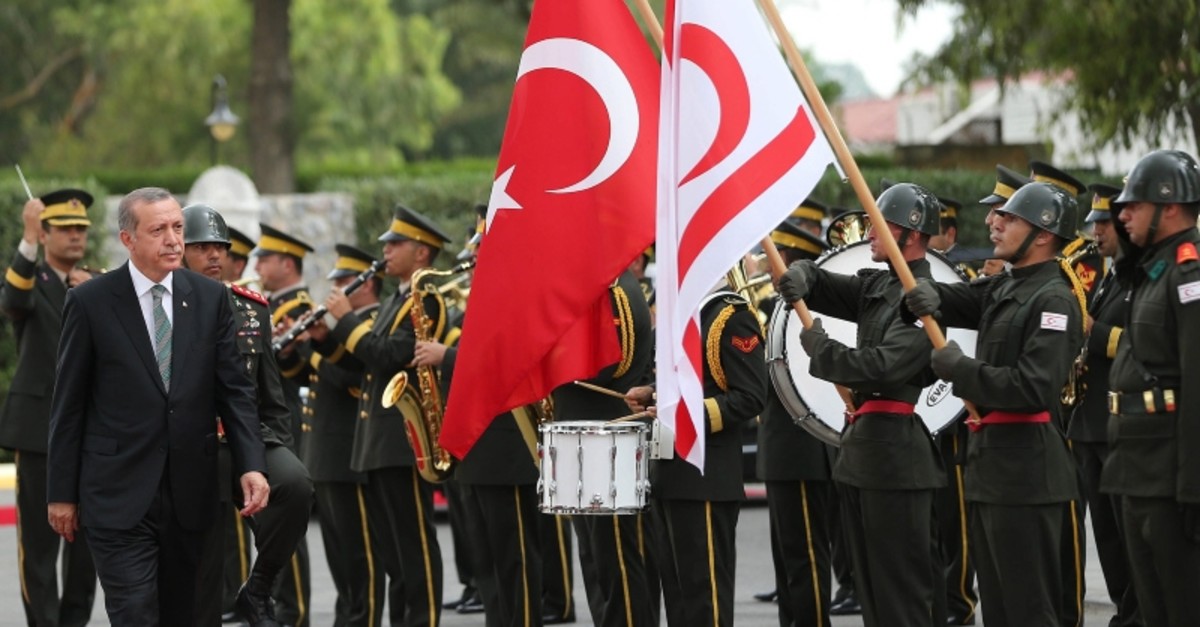 "We will never allow the extortion of Cypriot Turks' rights over the hydrocarbon resources in the Eastern Mediterranean," he said.

"As the guarantor state, we will continue to stand with the Cypriot Turks, and uphold our national Cyprus cause," Erdoğan added.

"No one, especially the European Union, has the right to turn Turkish Cypriots into prisoners of Greek Cypriot agenda."

The decades since have seen several attempts to resolve the Cyprus dispute, all failing. The latest one, held with the participation of the guarantor countries – Turkey, Greece, and the U.K. – came to an end without any progress in 2017 in Switzerland.

The TRNC was established in 1983 on the northern one-third of the island, is only recognized by Turkey and faces a longstanding embargo on commerce, transportation and culture.