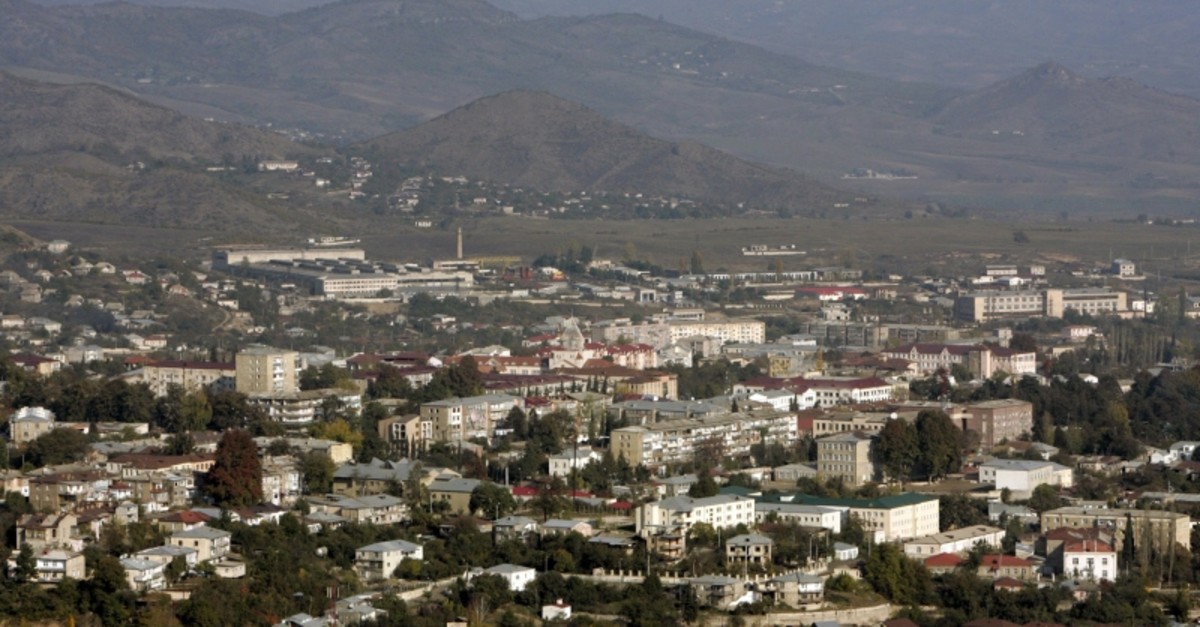 Turkey, as a permanent member of the Organization for Security and Cooperation in Europe (OSCE) Minsk Group, has a very important role to play in solving the Upper Karabakh conflict, an Azerbaijani official said yesterday.

Karabakh, a disputed territory between Azerbaijan and Armenia, broke away from Azerbaijan in 1991 with military support from neighboring Armenia, and a peace process has yet to be implemented.

He said that not just the Turkish government but nongovernmental organizations, think tanks and universities should raise awareness on the plight of the Azerbaijani community and IDPs.

Three U.N. Security Council resolutions (853, 874 and 884) and U.N. General Assembly resolutions 19/13 and 57/298 refer to Karabakh as being part of Azerbaijan. The Parliamentary Assembly of the Council of Europe refers to the region as being occupied by Armenian forces.

Noting that negotiations are ongoing, Ganjaliyev expressed his hope of peacefully resolving the conflict. "We believe that if Azerbaijani government continues the negotiations, it means there is a potential to solve this conflict by peaceful means,” he said.

The Azerbaijani official also stressed that the negotiations mediated by the OSCE Minsk Group – which was formed to find a peaceful solution to the conflict and is co-chaired by France, Russia and the U.S. – have not yielded any results yet. The group's permanent members are Belarus, Germany, Italy, Sweden, Finland and Turkey, as well as Armenia and Azerbaijan.

Ganjaliyev went on to say that international organizations have not been able "to push Armenia to comply with international law."

The Armenian occupation of Karabakh led to the closing of the frontier with Turkey, which sides with Baku in the drawn-out dispute.

Political ties between Ankara and Yerevan remain frozen owing to the Karabakh conflict as well as the legacy of the events during World War I which the Armenia's diaspora and government describe as "genocide" – a claim Turkey refutes.

Turkey reiterates that the dispute needs to be resolved within the framework of international law and Azerbaijan's sovereignty and territorial integrity.

Ganjaliyev grew up in the Shusha province of Azerbaijan, which was invaded by Armenian troops when he was 12.
"Our generation is the last window of opportunity (to solve the conflict) because we have lived with the Armenian community and we engaged with Armenians when we lived peacefully," he said.

He said there were no "positive movements" from the Armenian side because "it has always been non-constructive in its position."

"It doesn't accept international law, it doesn't accept the existence of the Azerbaijani community in the Nagorno (Upper) Karabakh region, which is the main obstacle to solving the problem," Ganjaliyev further underlined.

The Azerbaijani official said he believes that "the only possible solution to the conflict" is the return of Azerbaijanis to the Upper Karabakh region and the restoration of Azerbaijan's internationally recognized territories.

"There is no second option for the solution because we will never accept the creation of a second Armenian state in our territories. We are not going to allow that," he added.

Ganjaliyev recalled that when Armenia invaded the lands, the Azerbaijani community was expelled from its territories, and during the initial years of expulsion they lived in terrible conditions.

"These were no houses, apartments or homes. We were living in tent camps," he said.

He also highlighted that the government of Azerbaijan "has invested a lot in bettering of the conditions" of the community, adding that the last camps were closed in 2008.

"We have modern buildings and apartments for the community members, but it doesn't mean that we are satisfied. We would like to go back to our lands," he added.

Ganjaliyev concluded that around 1 million refugees and IDPs fled from the Azerbaijani territories occupied by Armenian aggressors, with over 80,000 coming from the Upper Karabakh region.