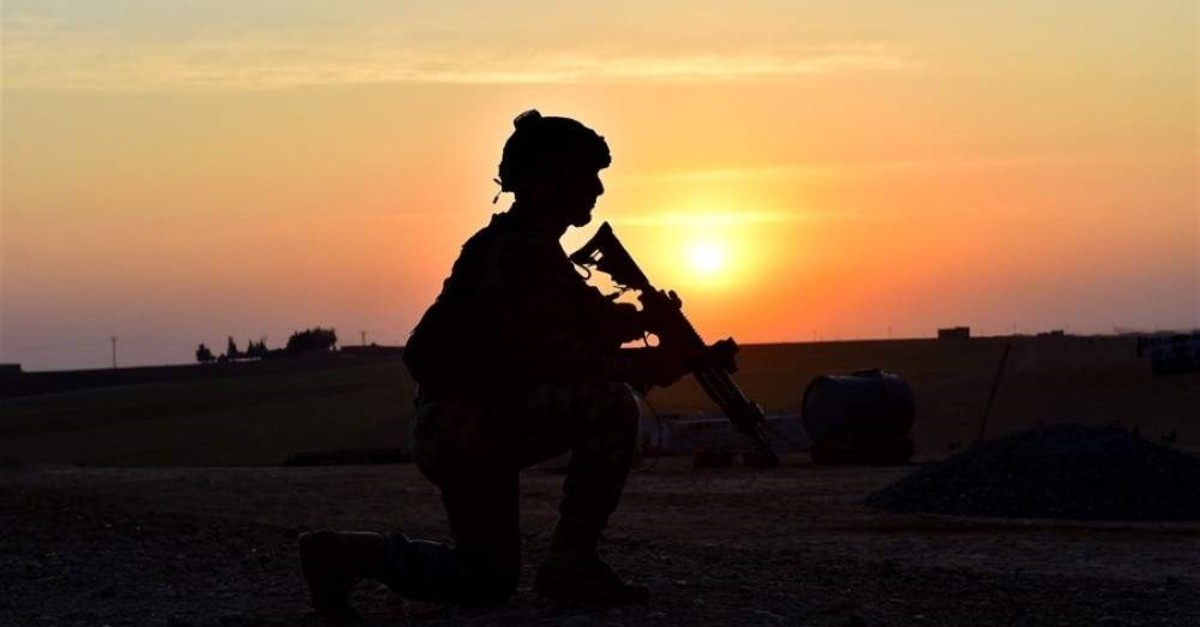 | IHA File Photo
by Daily Sabah Nov 21, 2019 11:46 am
Presidential Communications Director Fahrettin Altun strongly rejected “ignorant” claims about Operation Peace Spring allegedly strengthening Daesh terrorists in northern Syria, saying that the country continues to unabatedly fight the terrorist organization at home and abroad.
Altun’s comments came in response to a report from the Pentagon that claimed Daesh terrorists had taken advantage of the U.S. withdrawal from northeastern Syria and Turkey’s anti-terror operation to allegedly prepare new attacks on the West.
“Turkey has been pursuing a relentless campaign against all terror groups along its border with and inside Syria. Turkey’s goal is to create safe zones free of terror regardless of its origin,” Altun said, adding that the country will continue to pursue its goal to clear all terrorist groups in the region, even if other countries do not recognize its efforts.
“Those who insist on ignoring our legitimate security concerns have no right to criticize Turkey’s counterterrorism operations. They should reconsider their own support for terror groups,” Altun said, as he criticized the U.S. once again for calling the PKK-affiliated People’s Protection Units (YPG) the “best partners” against Daesh.
Turkey launched Operation Peace Spring, the third in a series of cross-border anti-terror operations in northern Syria targeting terrorists affiliated with Daesh and the YPG, on Oct. 9, ignoring calls from the U.S. to cancel the move. The operation was paused on Oct. 17 after a deal between Ankara and Washington to give the YPG five days to withdraw from the proposed safe zone area. Ankara then signed a deal with Moscow, which involves Russian military police and Syrian border guards "facilitating the removal" of YPG terrorists and their weapons from within 30 kilometers of the border.
Turkish security forces have been involved in a long-running campaign to rid Turkey of Daesh terrorists. The terrorist group has been blamed for a string of terror attacks in Turkey that killed dozens over the past three years in Istanbul and Ankara as well as cities in the southeast.
Military operations in Syria and Iraq led to a rapid decline in Daesh territories and the number of its militants. Turkey helped the Syrian moderate opposition, the Free Syrian Army (FSA), regain control of a number of Daesh-controlled towns in an operation in 2016.
Foreigners looking to join Daesh in Syria have mostly attempted to use Turkey as their crossing point. Turkey has taken significant measures against foreign Daesh members and has urged Western countries for better intelligence cooperation.
Last Update: Dec 20, 2019 1:50 am
RELATED TOPICS