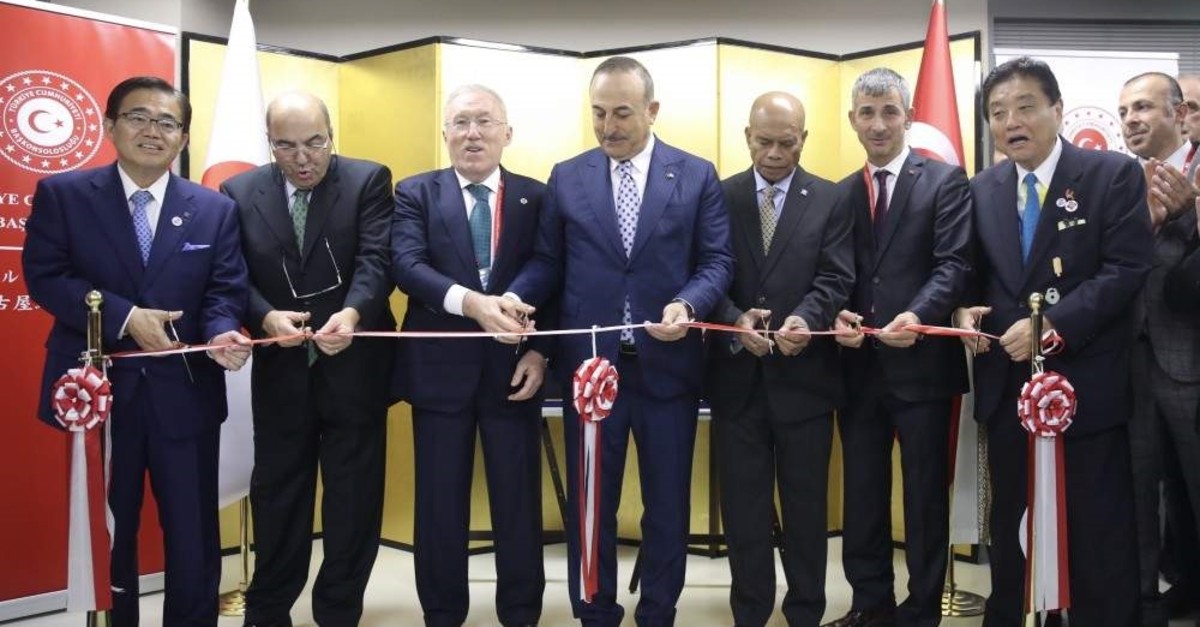 Turkey on Friday opened a consulate in central Japan’s Nagoya, the fourth largest city of the Asian country.

On Oct. 30, a Turkish presidential decree published in the Official Gazette said Turkey had canceled its decision to open a consulate in the Japanese city of Osaka and that it planned to open one in Nagoya instead.

Speaking at the inauguration ceremony, Çavuşoğlu said the consulate in Nagoya, Turkey's 246th diplomatic mission, will serve all Turkish citizens and Japanese friends so well that they will feel at home.

The foreign minister noted that Turkey ranks fifth worldwide in the number of diplomatic missions abroad. He went on to say the Turkish Embassy and the consulate will contribute to enhancing political and economic relations between Turkey and Japan.

"Our aim is to provide the best and fastest service to our citizens living abroad," Çavuşoğlu said, adding that Turkish citizens living in Japan will soon be able to obtain driving licenses from diplomatic missions in the country after signing an agreement with the Ministry of Interior.

"Based on the strong will of our leaders, our relations are developing. We aim to finalize the Economic Partnership Agreement that will further strengthen our strategic relations as soon as possible," Çavuşoğlu wrote on Twitter.

"Japan attaches great importance to relations with its strategic partner and the region's large country, Turkey," Motegi said, noting that he has visited Turkey several times.

The Turkish foreign minister will attend the G20 Foreign Ministers' Meeting in Japan’s city of Nagoya on Nov. 22-23.