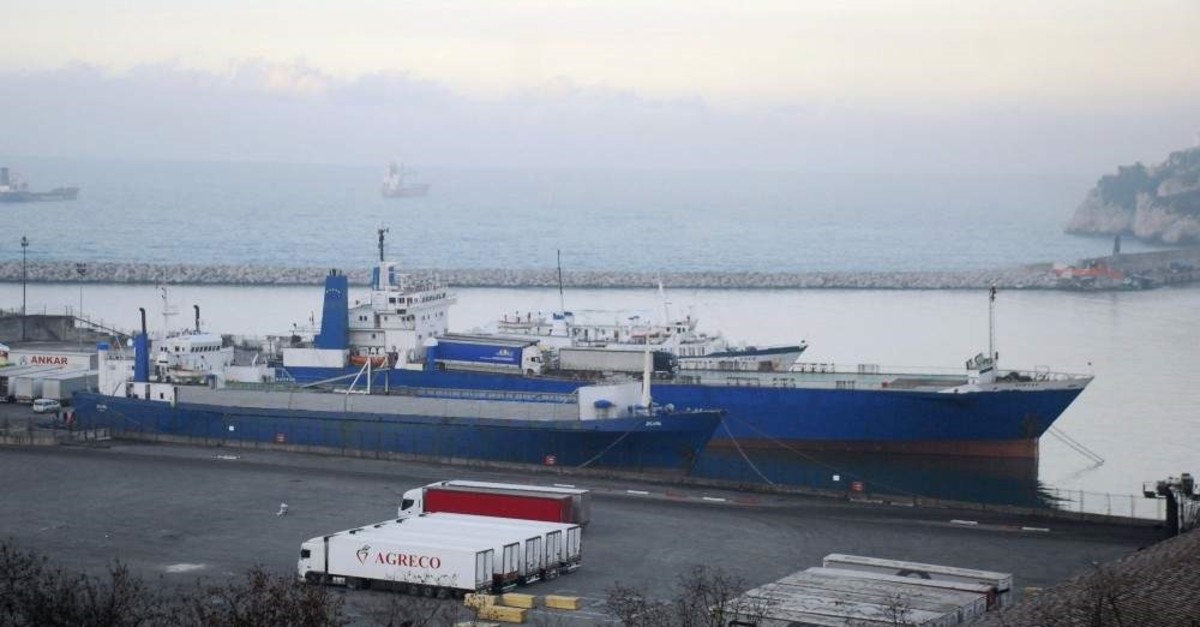 This undated photo shows a ship docked at a port in Zonguldak. (IHA Photo)
by Daily Sabah Nov 22, 2019 11:57 pm
Turkey has refuted claims made by the Russian media regarding the renewal of maritime traffic between Russian-occupied Crimea and Turkey, the Ukrainian ambassador to Ankara said Friday.
"Upon an inquiry made by the [Ukrainian] embassy the Turkish Foreign Ministry denied another fake claim made by Russian propaganda [outlets] regarding the alleged renewal of ferry services between occupied Kerch and Zonguldak," Ambassador Andriy Sybiha said on Twitter.
Russian media outlets on Friday claimed that a ferry service would soon be renewed between the occupied Ukrainian peninsula and Turkish ports. According to the reports, the service would run once a week.
In 2017, Turkey banned all ships sailing under any flags coming from Crimea.
Amid political instability and a popular uprising against a corrupt government in Ukraine, Moscow deployed its troops to Crimea and illegally annexed the peninsula. Turkey refused to recognize the annexation and instead of voicing support for Ukraine's territorial integrity and sovereignty.
Last Update: Dec 20, 2019 1:52 am
RELATED TOPICS