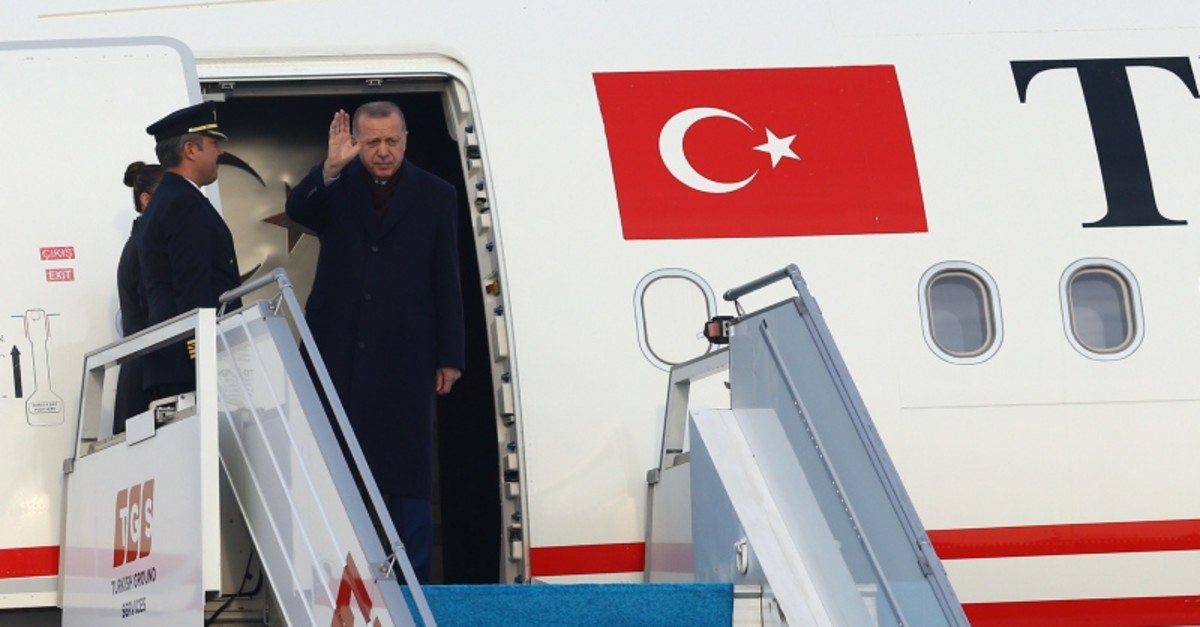 President Recep Tayyip Erdoğan is visiting Qatar today to have bilateral meetings with his Qatari counterpart and he is expected to sign strategic cooperation deals.
The one-day trip is expected to be a scene of the fifth meeting of the Turkey-Qatar High Strategic Committee, which will be co-headed by both Erdoğan and Qatar's Sheikh Tamim bin Hamad Al Thani.
According to a presidential statement released yesterday, during the meetings, Turkey-Qatar ties will be evaluated with all their aspects while ways to deepen the cooperation to an even further level will be discussed. The statement also said that the two leaders will also discuss regional and international topics. Various deals and agreement documents that are aim to improve the cooperation are also expected to be signed between the two countries, the statement added.
Following Qatar, Erdoğan’s diplomacy traffic will intensify as he is expected to visit London and Geneva respectively in December. The president is expected to be in London on Dec. 3-4 for the NATO Leaders Summit which will be conducted for the 70th anniversary of the organization. On Dec. 17-18, on the other hand, the president is expected to attend the Global Refugees Forum in Geneva.
In London, a reception is expected to be organized by Queen Elizabeth II at Buckingham Palace for the honor of the attendee leaders on the first day of the summit. On the second day, Erdoğan is expected to give a speech at the main session of the event. The president is expected to highlight the alliance between the NATO countries in the scope of Turkey’s Operation Peace Spring. The president is also expected to have bilateral meetings with various NATO leaders, including U.S. President Donald Trump.
Erdoğan is also expected to hold the inauguration ceremony of the first “green” mosque of Europe in Cambridge. Cambridge Mosque, built by the Muslim Academics Foundation, headed by Yusuf Islam, and Turkey’s Diyanet Foundation, is the first environment-friendly mosque of Europe. Islam, visiting Erdoğan last month in Ankara, invited the president to the ceremony.
In Geneva, Erdoğan is expected to mention Turkey’s work for refugees and highlight the importance of sharing the burden.
Following these meetings, Erdoğan is expected to have a quadruple summit with French leader Emmanuel Macron, U.K. leader Boris Johnson and German leader Angela Merkel over Syria. During the summit, the president is expected to have discussions over Operation Peace Spring, cooperation over the fight against terrorism, Turkey’s safe zone plan, refugee issues, as well as the country’s EU membership process and regional issues, particularly problems in Iraq, Iran and Libya.