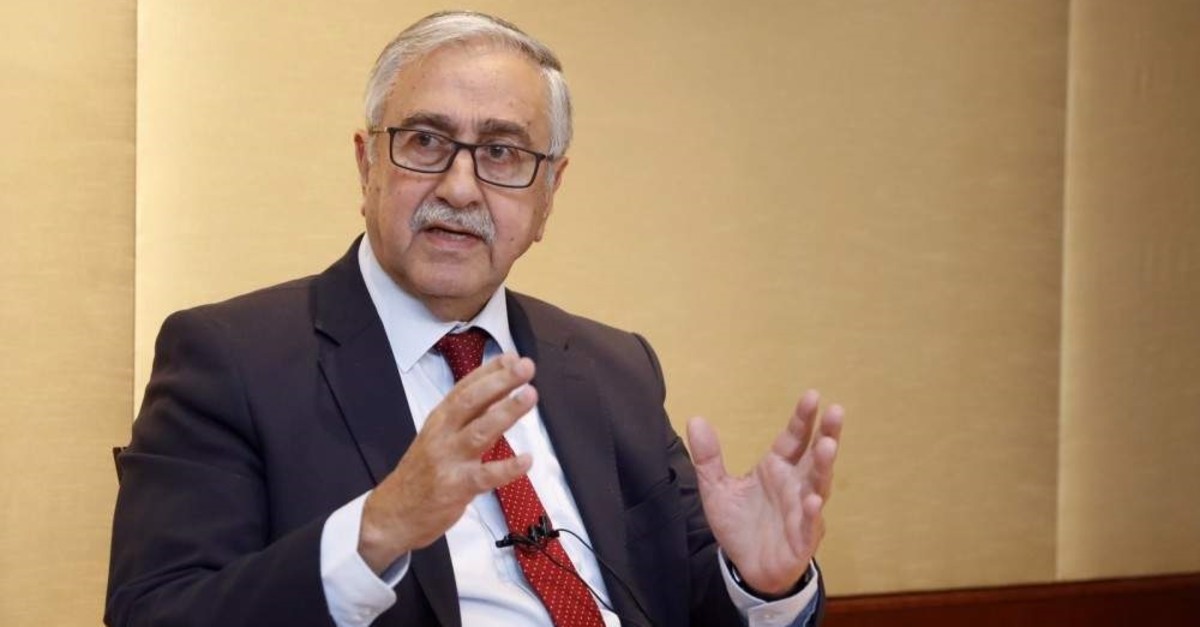 Turkish Cypriot President Mustafa Ak?nc? speaking to reporters in Berlin, Nov. 26, 2019. (DHA Photo)
by Anadolu Agency Nov 26, 2019 2:35 pm
Turkish Cypriot President Mustafa Akıncı on Monday welcomed an agreement to revive Cyprus settlement talks. Speaking to reporters in Berlin, Akıncı said he had a positive trilateral meeting with United Nations Secretary-General Antonio Guterres and his Greek Cypriot counterpart Nicos Anastasiades.
"I believe that today’s meeting has been a positive step forward. We have managed to get the train back on track,” he said.
Akıncı underlined the importance of Guterres’ pledge to increase efforts and facilitate the beginning of negotiations at the earliest feasible opportunity. "We are not talking about an open-ended process anymore,” Akıncı said, adding the talks would be phased, meaningful, result-oriented and focused on reaching a strategic agreement. He also expressed hope that a five-party Cyprus conference involving guarantor powers Turkey, Greece and the U.K. would convene in 2020 and pave the way for a settlement.
Monday’s informal meeting between Akıncı, Guterres and Anastasiades was the first trilateral meeting between the three leaders since U.N.-led talks collapsed two years ago in Switzerland. The Cyprus problem has remained unresolved for decades despite a series of efforts by the U.N., while recent tensions in the Eastern Mediterranean have further complicated the problem.
The Turkish Republic of Northern Cyprus (TRNC) disputes the Greek Cypriot administration’s claim to be the sole legitimate government of the whole of Cyprus, while the Greek Cypriots oppose recognizing the political equality of the Turkish Cypriots. The island has been divided into a Turkish Cypriot government in the northern third and Greek Cypriot administration in the south since a 1974 military coup aimed at Cyprus’ annexation by Greece. Turkey’s military intervention as a guarantor power in 1974 had stopped years-long persecution and violence against Turkish Cypriots by ultra-nationalist Greek Cypriots.
Last Update: Dec 20, 2019 1:56 am
RELATED TOPICS