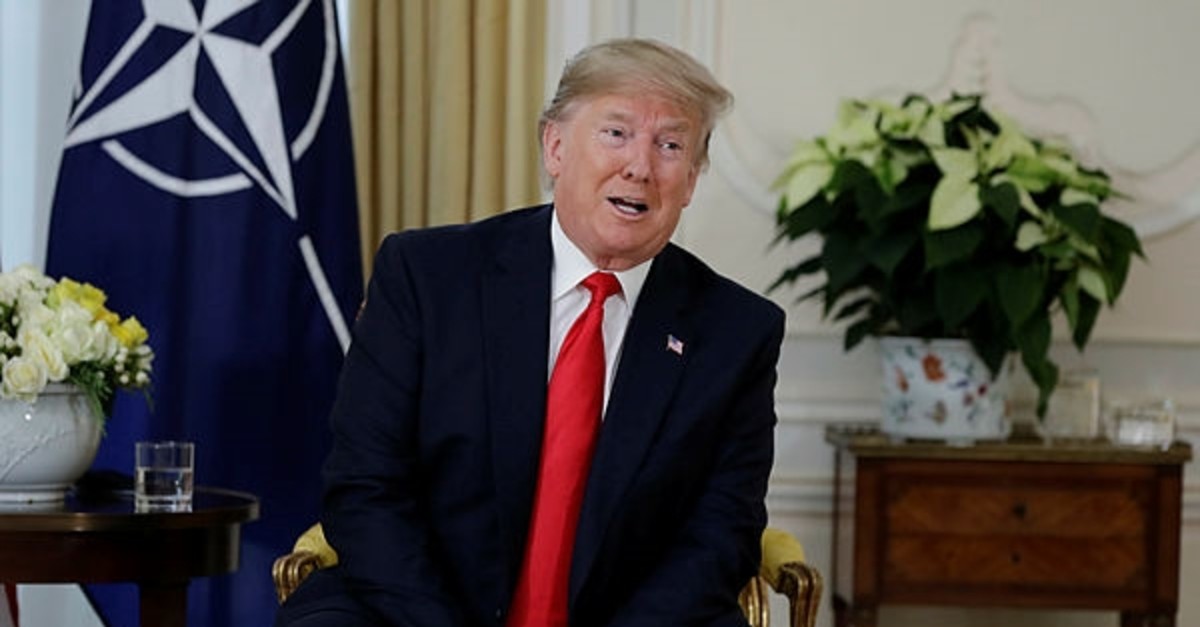 U.S. President Donald Trump defended Turkey's decision to buy the Russian S-400 missile defense system as he praised his relationship with President Recep Tayyip Erdoğan ahead of the NATO summit in London.

"Turkey bought billions and billions worth of F-35 fighter jets," Trump said, adding that if the U.S. refuses to deliver, the country will explore other venues including Russia and China.

Trump:
— Turkey was very "helpful, supportive" in capturing of al-Baghdadi, the country "couldn't have been nicer"
— They had to opt for S-400 due to Obama administration's Patriot ban
— Turkey wants to buy F-35's which are the "best planes," they put forth billions of dollars pic.twitter.com/7f78RgGhIw

"I like Turkey and I get along very well with the president," Trump told reporters, adding that the country "could not have been more supportive" when the U.S. used its airspace to attack and kill Daesh terrorist leader Abu Bakr al-Baghdadi.

Turkish officials said multiple times that the country has fulfilled its responsibilities as one of the partner countries in the F-35 program and will be looking for alternatives if the U.S. fails to deliver F-35 fighter jets.

The U.S. maintains that the system could be used by Russia to covertly obtain classified details on the jet and is incompatible with NATO systems.