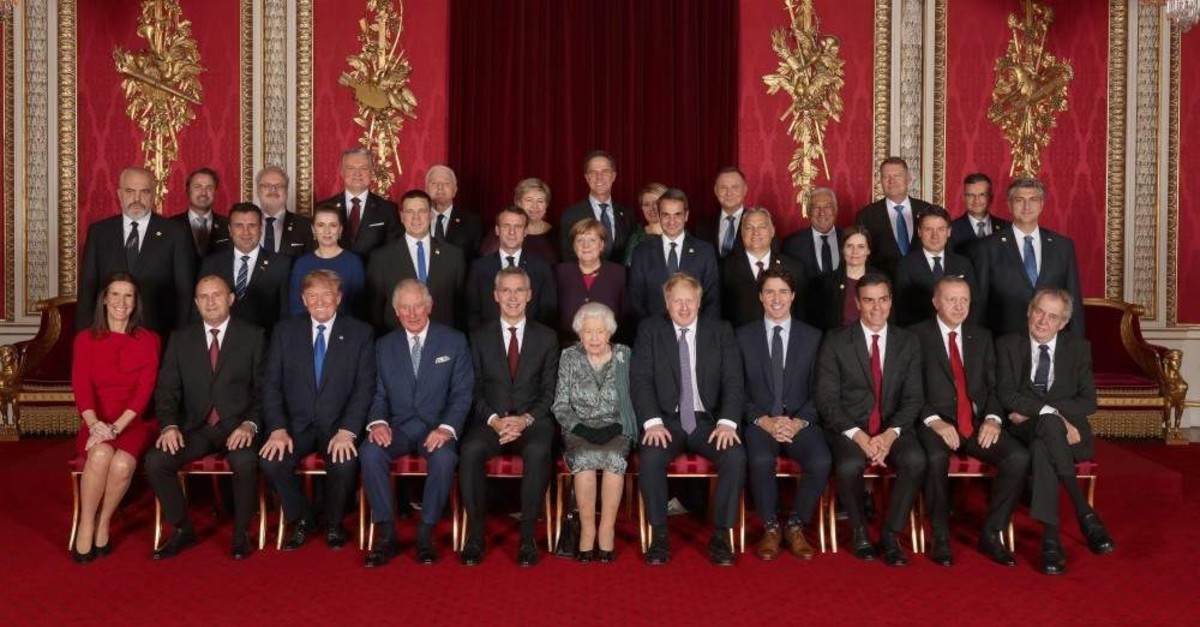 Presidential Communications Director Fahrettin Altun urged Turkey’s NATO allies to recognize the country's legitimate security concerns and needs, as he highlighted that the ongoing summit in London will give member states a chance to hold discussions and dialogue.

Altun criticized NATO allies for failing to recognize Turkey’s contribution and efforts in important global issues, including the fight against Daesh, the refugee crisis and more.

In a series of messages on his Twitter account, Altun said Turkey’s demand has been “pretty basic.”

“Our allies must support us in our fight against terror groups just as we support their security by being a top contributor to NATO,” the communications director said, adding that Turkey has successfully handled the refugee crisis while waging a determined fight against Daesh.

He reiterated Turkey’s concern about the PKK’s Syrian offshoot the People’s Protection Units (YPG), saying that NATO allies must immediately stop assisting the PKK/YPG.
He also urged cooperation with Turkey to extradite FETÖ fugitives who played key roles in the July 15 coup attempt in 2016, which left 251 dead.

Turkish officials say more than 17,000 FETÖ-linked suspects have sought asylum in EU countries in the past three years.

Still acting under the guise of a charity movement, FETÖ is widely tolerated in Germany where about 14,000 of its members, who fled Turkey following the coup attempt, reside. Both federal and state governments embrace FETÖ members and turn a blind eye to their activities.

Another NATO ally Greece, which maintains somewhat strained ties with Turkey due to past hostilities and current tensions over sovereignty issues in the Aegean Sea dividing the two countries, has also turned into a haven for FETÖ members after eight putschist soldiers fled there.

Altun continued by saying that European allies need to do their part by halting support to the terrorists, as Turkey puts its forces on the ground in Syria to facilitate the return of refugees.

“We have prevented large swaths of territory from becoming terrorist safe havens,” Altun said, about three anti-terror operations carried out by the Turkish military in northern Syria.

However, Altun noted that Turkey’s allies criticized the country’s anti-terror efforts rather than to support them.

Turkish authorities criticize European governments for failing to take proper measures to prevent attacks by terrorist supporters and ensure the security of Turkish people living there.

Altun also touched upon the failure of European allies to provide financial support for the refugees: “Our European partners continue to be timid in helping us meet this monumental challenge,” he said, as he noted that the London summit will provide an opportunity for all member states to hold “candid discussions” about the issues.

“It is only through meaningful dialogue that NATO can be strengthened,” Altun added.