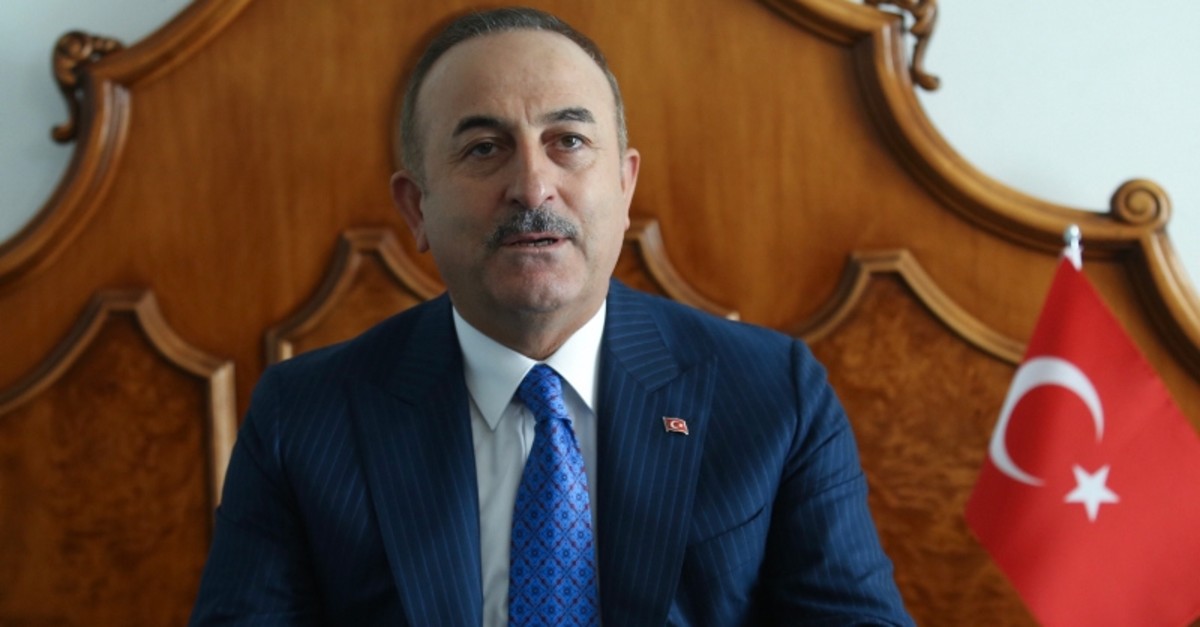 “We expect the European Council, particularly the parliamentarian wing, to have an objective, constructive attitude, apart from political motives,” Çavuşoğlu said during his speech in Istanbul at the launch of Turkey's Human Rights Action Plan.

Justice Minister Abdulhamit Gül and the head of the EU delegation to Turkey, Christian Berger, were also present at the ceremony, as well as European Council Secretary-General Marija Pejčinović Burić, making one of her first foreign visits since taking on her new role.

Underlining that Turkey will continue its contributions to the council to make it stronger, maintain common values and develop them even further, the foreign minister urged the council to take a stance against discriminative political movements.

“Turkey is a part of 121 conventions as of today. We are still working on becoming part of other conventions as well. We have made serious contributions to the European Council’s work on adaptability to the changing world conditions as well as new challenges,” Çavuşoğlu said.

“We are expecting the European Council to intensify its efforts to have an active response to current problems that shake our common values such as populism, discrimination, xenophobia and anti-Islam sentiments,” he further underlined.

The foreign minister said since the foundation of the European Council, democracy, human rights and rule of law have become the basic values of the council.

Regarding the ties of the council with Turkey, Çavuşoğlu said relations are getting stronger and are based on mutual benefits since both sides are motivated to work together in hard times.

When it comes to Turkey’s journey in human rights, Çavuşoğlu said in the last 20 years, more than 2,000 laws have been issued despite the challenges the country faces, such as irregular migration and terrorism.

As far as the EU membership process is concerned, the foreign minister said Turkey not only accelerated efforts for reforms and law amendments but also for changing the mentality of the people that will eventually be beneficial for the peace and wealth of Turkish society.

Pointing out the recent reform packages, such as the Judicial Reform Strategy Document and Human Rights Action Plan, Çavuşoğlu stated that they are focused on accelerating the reform process and have seen significant progress recently.

Parliament has passed the first package in a set of landmark judicial reforms, one of Turkey's signature legislative initiatives this year.

The reform package, passed by a show of hands yesterday, contains a host of changes, including laws covering freedom of expression, passports and protecting children.

What senior lawmakers are calling "trust ensuring, accessible justice," the judicial reforms look to contribute to the country's judicial system by raising standards regarding individual rights, liberties and democracy.

Signing a partnership agreement with the European Economic Community (EEC) in 1963, Turkey applied for the EU membership in 1987, became a member country in 1999 and accession talks began in 2005. But negotiations stalled in 2007 due to objections of the Greek Cypriot administration on the divided island of Cyprus as well as opposition from Germany and France.

Berger said human rights and freedom of expression are among the most vital values that the EU adopted and underlined the importance of the project.

Also touching upon the relationship between Ankara and the bloc, Berger said: “Turkey will continue to be an important partner of the EU. Turkey’s cooperation, especially in the areas of migration, the fight against terrorism, economy and trade, and developments in these areas are very important.”

“We appreciate Turkey’s fight against terrorism,” Pejčinović said, adding that they, as the European Council, will continue to support and cooperate with Turkey when it comes to human rights.

“The coup attempt that happened three years ago is an attack on the democratic institutions of this country. We, as the European Council, expressed our reaction immediately,” she said, adding that they believe in the importance of human rights, democracy and the rule of law.

Turkey has been in a constant struggle with Gülenist Terror Group (FETÖ), the PKK terrorist group and its Syrian affiliate, the Peoples' Protection Units (YPG), and Daesh simultaneously for many years now.

Turkish officials have criticized the European Union for a number of factors, including the bloc's indifference to Turkey's anti-terrorism operations, a lack of solidarity following the deadly FETÖ-led coup attempt in 2016, the lack of outside assistance on the migration issue and the bloc's failure to adhere to agreements.