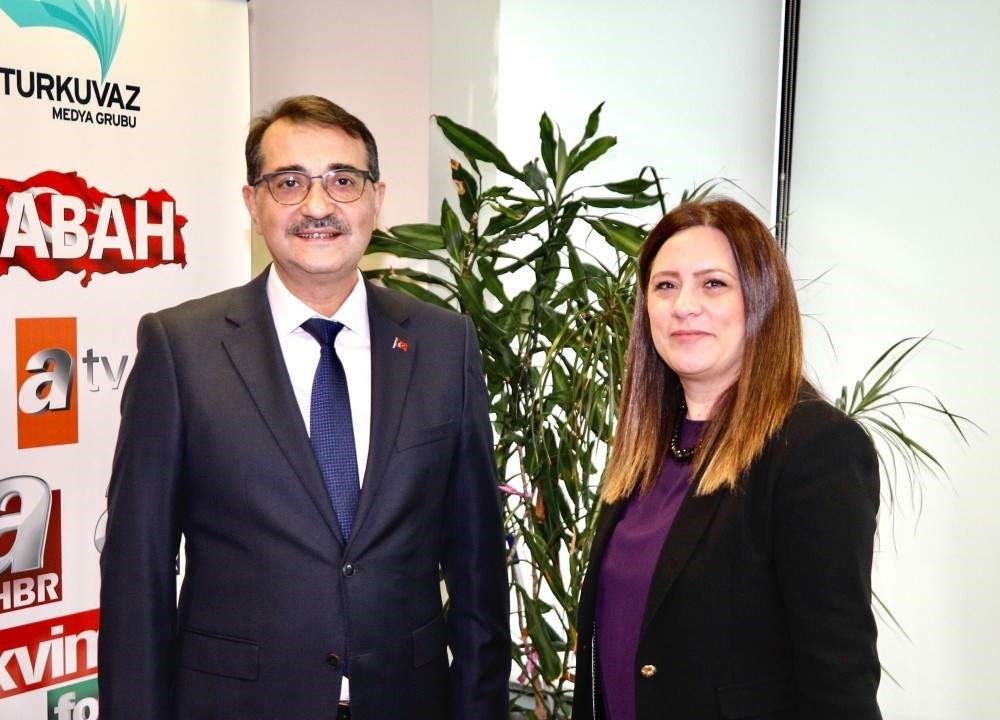 Turkey will not allow anyone to conduct search, drilling or production activities within the maritime borders secured through the Libya deal without authorization from Ankara, Energy Minister Fatih Dönmez said Wednesday.

Speaking to Daily Sabah, Dönmez presented his assessments on Turkey’s gains regarding the memorandum of understanding on the limitation of maritime jurisdiction signed between Turkey and Libya.

“The agreement with Libya was made with the official government recognized by the whole world. We are opposite shore countries with Libya. The agreement is in line with international maritime law. This has nothing to do with NATO. It is no more than an unavailing effort. There is no gap to which Greece could object to,” Dönmez said, adding that those who were trying to throw Turkey and Greece out of the equation did not expect such a move and Turkey maximized its realm of authority in the Eastern Mediterranean.

A maritime agreement struck up between Turkey and Libya, securing Turkish rights over a portion of the Eastern Mediterranean, officially went into effect last weekend.

On Nov. 27, Turkey and Libya's Tripoli-based Government of National Accord (GNA) signed the bilateral memorandum after a meeting in Istanbul between President Recep Tayyip Erdoğan and GNA head Fayez Al Sarraj. The deal enables Turkey to secure its rights in the Mediterranean while preventing any fait accompli maneuvers by other regional states.

Dönmez also evaluated President Erdoğan’s statements on the purchase of a third drilling vessel. Indicating that a number of alternatives on the purchase of the vessel are being negotiated, Dönmez said, “As our president has announced, we will continue our activities with the third vessel not in the Mediterranean but in the Black Sea and maybe even in international waters.”

Dönmez, who also gave information on Fatih’s drilling activities in the Eastern Mediterranean in Finike, said: “It was recorded during drilling made from 3,953 meters onward in the Finike-1 bore that gas rates had shown a significant hike. Following analysis, the gas was determined to have thermogenic roots. With this discovery, we verified that oil and natural gas searches until today have been moving in the right direction.”

The country's deep-sea drilling has gained momentum through 3D seismic data that has evaluated nearly 37,000 kilometers in the Eastern Mediterranean up until now, resulting in plans to drill another five wells with the vessels in 2020.

Drilling work will be expedited in Thrace and southeastern Anatolia, while there are prospects of natural gas reserves in the Eastern Mediterranean where Turkey plans to drill another five wells. Minister Dönmez also said that authorization and drilling activities will be starting in 2020 for these five wells.

Exploration and drilling activities both at home and in the Eastern Mediterranean will be accelerated, the minister added.

According to the U.N. Convention on the Law of the Sea, while a country is able to stretch its territorial waters only 12 nautical miles out to sea when it comes to the exclusive economic zone (EEZ), where it has the rights to fishing, mining and drilling, the area can extend for an additional 200 miles.

However, if the maritime distance between the two countries is less than 424 miles, a bilateral deal is needed to determine a mutually agreed-upon dividing line for their respective EEZs. Turkey has the longest shoreline in the Eastern Mediterranean, making it a natural candidate for seeking reserves in the region in accordance with international law.

The presence of the Turkish Cypriot government in Northern Cyprus also strengthens Turkey's hand. The country defends the rights of Turkish Cypriots in the region and insists that their consent is needed for any type of drilling activity.

Still, fellow regional actor Greece did not welcome the deal and even regarded it as a violation of its own rights, though international law deems otherwise. Athens even expelled its Libyan envoy Mohamed Younis AB Menfi from the country in response.

Greece's government also released a series of statements Tuesday claiming that the deal is “invalid” and was negotiated in “bad faith.”

Demanding “a framework on EU sanctions on Turkey and Libya over their accord,” the country said it “has lodged its objections to the United Nations” on the issue.

"The reason why Greece has gone berserk is that its hands are tied over the Turkey-Libya deal. The expulsion of the ambassador is an international scandal," President Erdoğan highlighted, responding to Greece's reaction to the deal.

Turkey's intervention as a guarantor power in 1974 had stopped yearslong persecution and violence against Turkish Cypriots by ultra-nationalist Greek Cypriots. The TRNC was founded in 1983.

Turkey will continue to protect its interests

Regarding the issue of the Eastern Mediterranean, Foreign Minister Mevlüt Çavuşoğlu also said Wednesday that Turkey will continue to protect its interests.

In an exclusive interview on A Haber news channel, Çavuşoğlu said, “Nobody can carry out work on Turkey's continental shelf (in the Eastern Mediterranean) without our authorization. We will block it if it happens."

Çavuşoğlu also said Turkey is ready to sit down at the table with Greece to resolve the Eastern Mediterranean issue with dialogue.

“We are not in favor of tensions, we are in favor of an approach that can guarantee the rights of both sides under international law," he said.

The foreign minister also said Turkey may sign maritime pacts, similar to the one it recently signed with Libya, with all countries that have a coast on the Mediterranean, including Greece, Lebanon and Egypt, if the conditions are favorable.

He added that the memorandum also came as an answer to Greece and some other countries in the region who tried to single out Turkey.

"We have specified the western borders of our continental shelf. With whom did we do that? With Libya," he said, adding that Ankara would cooperate with Tripoli if they want to carry out joint activities in their continental shelf.

Meanwhile, it was announced that Russian and Turkish presidents will have a phone conversation in the coming days to discuss the situation in Libya, a Kremlin spokesman said Tuesday.

Russia is in contact with all sides of the Libya conflict and stands for a peaceful resolution of the conflict in the country, Dmitry Peskov told reporters in Russia's capital Moscow.

"In the coming days, such a telephone conversation will take place, it is being prepared," according to the official. "Russia maintains relations with all parties within the Eurasian military-political scene and stands first of all for the parties to the conflict to show the will to reach an agreement. And Russia welcomes all initiatives that can contribute to a settlement in this country.”

Erdoğan announced Monday in a televised interview that he was going to discuss the situation in Libya with his Russian counterpart.

The president said he hoped that his Russian counterpart would reconsider the support for military commander Khalifa Haftar.

Since 2011, when longtime ruler Moammar Gadhafi was ousted and killed, Libya has seen the emergence of two rival seats of power: one in eastern Libya, to which Haftar is affiliated, and the GNA, which enjoys U.N. recognition.