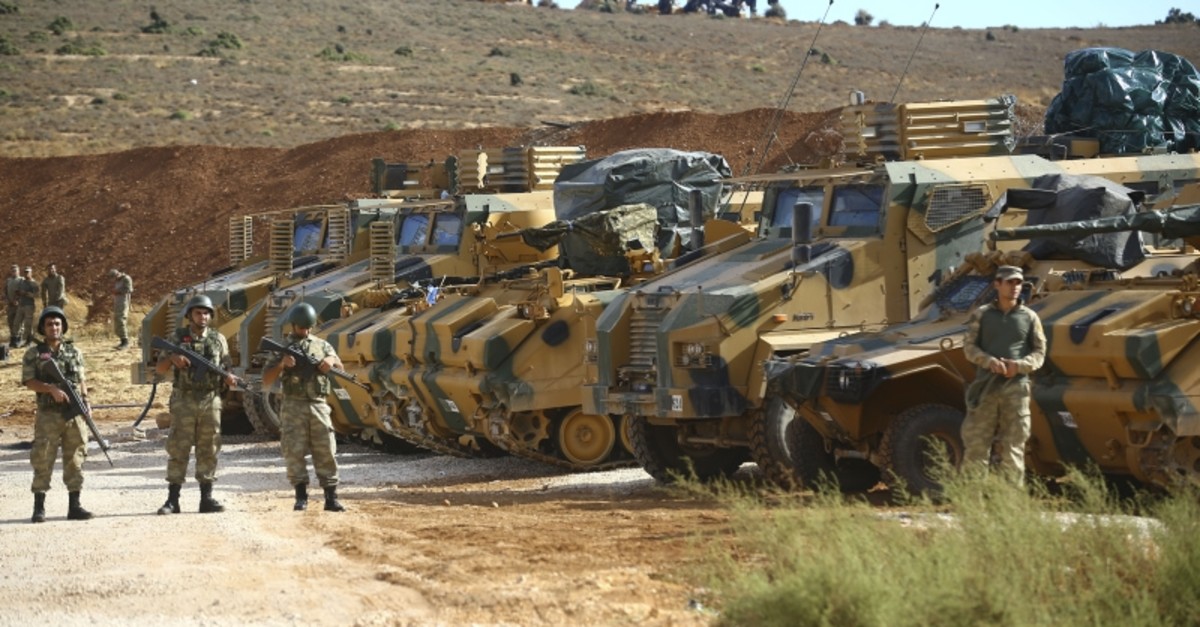 The U.S.’ attempt to impose sanctions on Turkey disrespects the country’s sovereign decisions to protect its national security, Ankara said Thursday in response to the U.S. Senate’s approval of a legislation levying sanctions on the country.
Releasing a statement, the Foreign Ministry criticized the Senate’s approval of a foreign relations committee-backed legislation that proposes levying sanctions on Turkey for its anti-terror operation in northern Syria and the purchase of the Russian-made S-400 missile defense system.
“The main cause of this (the sanctions) is the deep disappointment because we dealt a heavy blow to the long and carefully planned project (in northern Syria),” the ministry said.
The ministry was referring to the efforts of the PKK’s Syrian offshoot, the People’s Protection Units (YPG), to establish a terrorist corridor on its southern border that could threaten Turkey's border security and peace.
While the country liberated northwestern territories from Daesh in cross-border operations, it also prevented the YPG from establishing a de facto autonomous region in Syria connecting the northwestern Afrin canton to the Kobani and Jazeera cantons in the northeast, which Ankara describes as a "terror corridor" posing a grave security threat to its national security.
“The initiatives conducted in both houses of the Congress through internal political considerations and supported by known anti-Turkish circles, are yet another manifestation of the disrespect shown toward our sovereign decisions concerning our national security,” the statement said, adding that it will have no function and will only damage Turkey-U.S. ties.
“We call on U.S. Congress to adopt a constructive stance in line with the joint goals we set with top officials to enhance Turkey-U.S. ties and act with commonsense,” the ministry added.
Turkey launched Operation Peace Spring on Oct. 9 to eliminate YPG terrorists from the area east of the Euphrates in northern Syria to secure Turkey's borders, aid in the safe return of Syrian refugees and ensure Syria's territorial integrity.
Under two separate deals with the U.S. and Russia, Turkey paused the operation to allow the withdrawal of YPG terrorists from a planned Syrian safe zone.
Ankara wants YPG terrorists to withdraw from the region so a safe zone can be created to pave the way for the safe return of some 2 million refugees.
In its more than 30-year terror campaign against Turkey, the PKK – listed as a terrorist organization by Turkey, the U.S. and the EU – has been responsible for the deaths of nearly 40,000 people, including women, children and infants. The YPG is the PKK’s Syrian branch.
Speaking to reporters following a Cabinet meeting at the presidential complex, Presidential Spokesperson İbrahim Kalin also said late Wednesday that the dispute between Turkey and the U.S. over F-35 fighter jets is no longer a technical or defense industry matter but a domestic U.S. political issue.
The Republican-led Senate Foreign Relations Committee voted 18-4 on the sanctions bill against Turkey’s S-400 purchase and Operation Peace Spring.
Another bill proposing levying sanctions on Turkey was approved in the House of Representatives on Oct. 29.
The legislation will have to be approved by the House of Representatives and be signed by President Donald Trump to become law.
Ankara and Washington have been at loggerheads over NATO ally Turkey's purchase of the Russian S-400 system, which Washington says is not compatible with NATO defenses and poses a threat to its F-35 stealth fighter jets, which Lockheed Martin Corp. is developing.
Turkey, however, emphasized that the S-400s would not be integrated into NATO systems and would pose no threat to the alliance, rejecting calls to back out of the deal. Ankara also stressed it was the U.S.' refusal to sell it Patriots that led it to seek out other sellers, adding that Russia offered it a better deal, including technology transfers.
Turkish officials have also proposed setting up a commission to study the issue, but has yet to get a positive response from the U.S.
The acquisition of the Russian system prompted the Trump administration in July to remove Turkey from the F-35 fifth-generation joint strike fighter program, in which Ankara was formerly a major buyer and manufacturer. Tensions deepened after that month, in which Turkey received its first shipment of the Russian equipment.
Last month, the head of Russia's state arms exporter, Rosoboronexport, was cited as saying that Moscow hoped to seal a deal to supply Turkey with more S-400 missile systems in the first half of 2020.
Trump's administration has held off on levying sanctions despite Trump signing a sweeping sanctions law, namely the Countering America's Adversaries through Sanctions Act (CAATSA), in 2017, mandating them for countries that do business with Russia's military.
Some U.S. lawmakers, including Republican Sen. Lindsey Graham, ramped up their efforts to impose measures against Ankara in October when Turkey launched Operation Peace Spring to clear YPG terrorists from northern Syria.
Normally an ardent defender of fellow-Republican Trump, Graham and some others in his party have been harshly critical of Trump's decision to withdraw troops from northeastern Syria ahead of the Turkish counterterrorism operation.