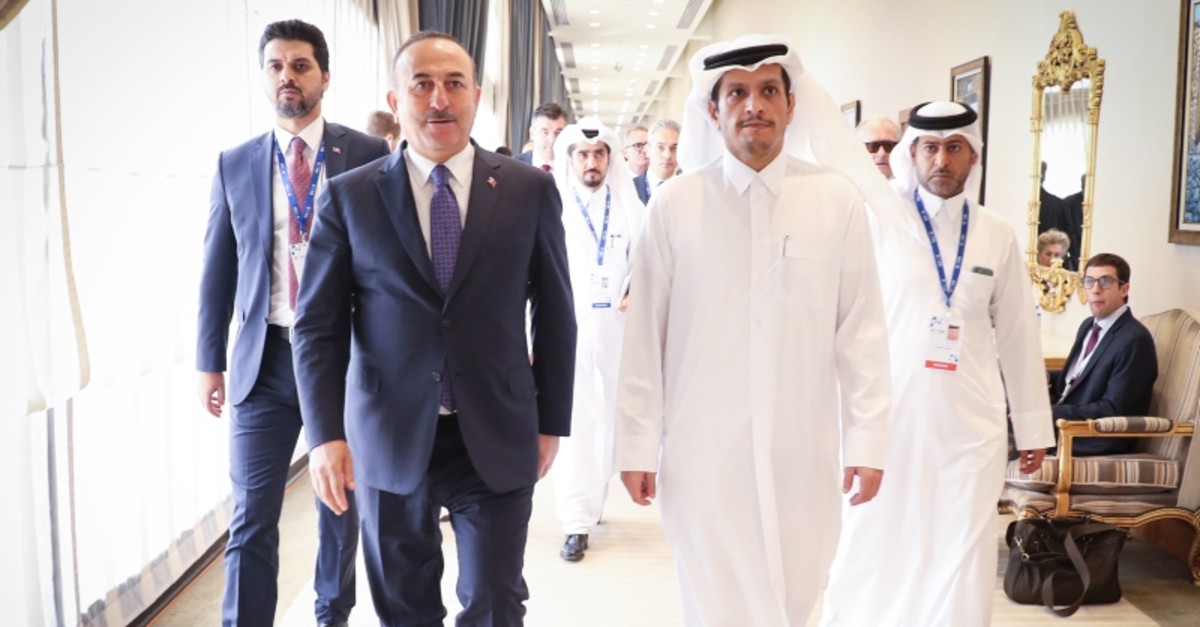 Çavuşoğlu met the U.N.-recognized Libya's Government of National Accord head Fayez al-Sarraj in the Qatari capital of Doha.

After the meeting, Çavuşoğlu announced in a tweet that the memorandum of understanding between Turkey and Libya on maritime boundaries had been discussed. Earlier on Saturday, Turkish Defense Minister Hulusi Akar attended the 19th Doha Forum to meet the Libyan leader to discuss the recently inked maritime delimitation and military and security cooperation deals signed between the two countries.

On Nov. 7, Ankara reached two separate memoranda of understandings (MoU) with the Tripoli-based Libyan government, one on military cooperation and the other one on maritime boundaries of countries in the Eastern Mediterranean.

Defense chief Akar said the agreements were based on international law and that both countries had only sought to protect their legitimate rights in the region, where tension has increased since the discovery of hydrocarbon reserves worth hundreds of billions of dollars.

Following the recent military cooperation deal, President Recep Tayyip Erdoğan said Ankara might consider sending troops to Libya if the Libyan government made such a demand.