Erdoğan to travel to Switzerland, Malaysia to attend summits on refugees, plight of Islamic world 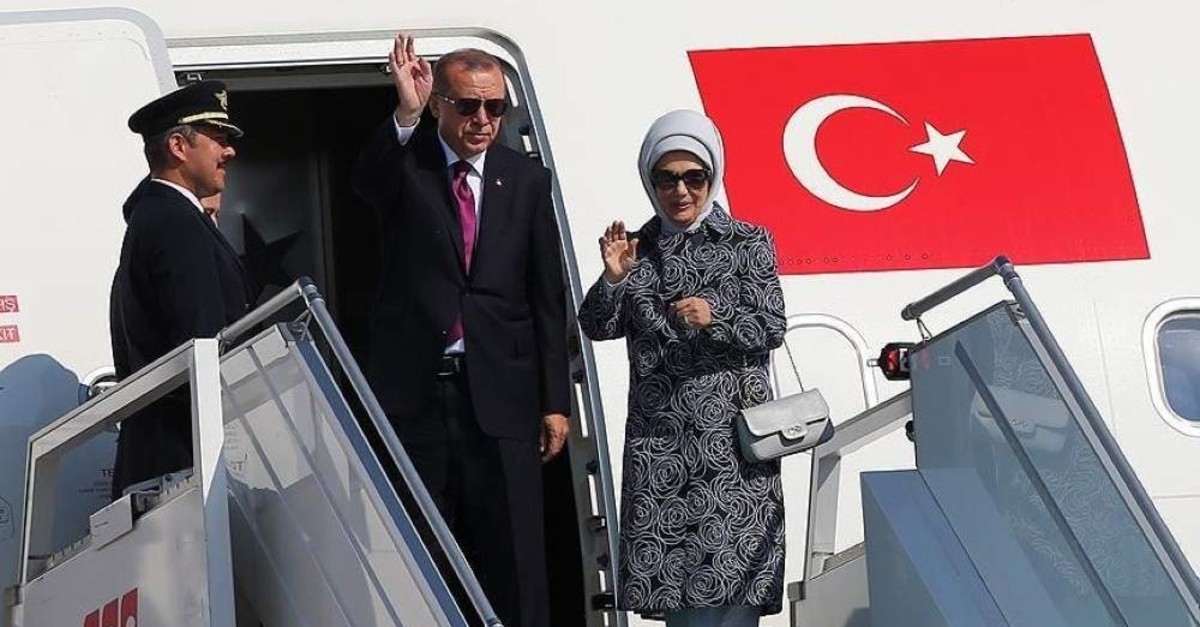 President Recep Tayyip Erdoğan will travel to Switzerland next week to attend a global migration forum, before heading to Malaysia for the Kuala Lumpur summit that will discuss the plight of the Islamic world, the presidency said in a statement Sunday.
The president will travel to Geneva on Monday to attend the first Global Refugee Forum, a two-day global meeting that will check the practical implementation of the Global Compact on Refugees, affirmed at the U.N. in New York in December 2018.
The forum will focus on areas such as arrangements for burden and responsibility-sharing in terms of education, employment, energy, infrastructure, solutions and protections.

It will be jointly hosted by the U.N. Refugee Agency and the Government of Switzerland. The President will co-chair the meeting with the heads of the state of Costa Rica, Pakistan, Germany and Ethiopia upon the invitation of the U.N. High Commissioner for Refugees, Filippo Grandi.
President Erdoğan is likely to hold several bilateral meetings with other heads of state on the sidelines of the forum.

Attendees are expected to announce their pledges for countries hosting refugees, Erdoğan making specific mention of the state of Syrian refugees in Turkey.
Turkey, which currently hosts the most refugees in the world, has called on the international community to share the burden. Turkey currently hosts some 3.6 million Syrian refugees, more than any other country in the world. Ankara has so far spent $40 billion on refugees, according to official figures.

On Dec. 18, the President will travel to Malaysia to attend the Islamic Summit on “The Role of Development in Achieving National Security” in Kuala Lumpur.
Representatives from Qatar, Iran, Pakistan and Indonesia will attend the conference.
Turkey, Pakistan and Malaysia had previously announced plans to jointly launch an English TV channel to fight Islamophobia, which has been on the rise worldwide.