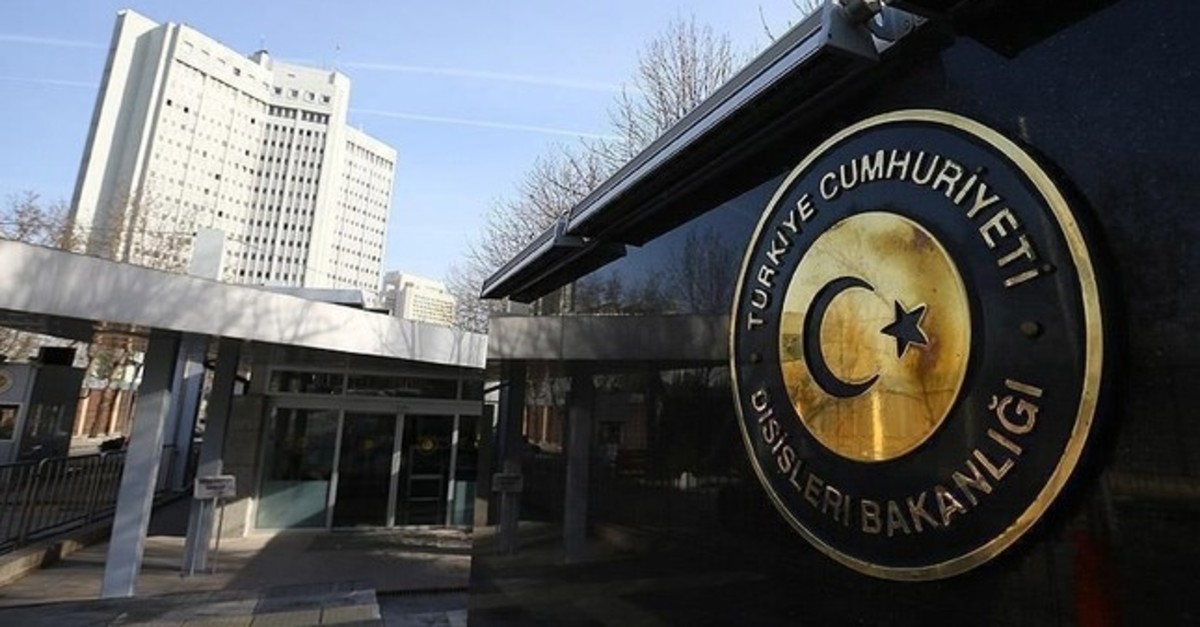 "We welcome the refiling of a court case by Australia against members of the Armenian terrorist organization JCAG, who martyred Mr. Şarık Arıyak, Turkish Consul General and Mr. Engin Sever, Attaché, in Sydney on Dec. 17, 1980," Ministry of Foreign Affairs said in a statement late Tuesday.

"Since 1973, 58 Turkish citizens, including 31 diplomats and their family members, have lost their lives as a result of the terrorist attacks perpetrated by Armenian terrorist organizations, named as ASALA, JCAG and ARA.

The death toll amounts to 77, including foreigners. Hundreds of people were injured due to their attacks as well," the ministry said.

For the first time in Australia, an AU$1 million reward is offered for the capture of the terrorists, according to the statement.

"The majority of the investigations in the Western countries where the attacks took place were inconclusive and the cases remained unresolved. This decision, although late, gives hope that justice will be ensured, and it may reduce the pain of the relatives of Turkish martyrs to some extent," the MFA said.

The Ministry concluded that Turkey expects other countries to take similar steps where "inconclusive case files regarding martyred Turkish diplomats have been closed."

Turkey earlier in the day commemorated the diplomats.

While the consul general was martyred at the scene, the attaché later succumbed to his wounds at the hospital.

According to data compiled by Anadolu Agency, a total of 77 people—58 of them Turkish citizens, including 31 diplomats and members of their families—lost their lives in attacks carried out by Armenian ASALA and JCAG terror organizations.

The vast majority of the attacks were conducted by ASALA and the JCAG.

ASALA, founded in 1975, was the first Armenian terrorist group to wage war against Turkey.

It not only targeted Turkey but also other countries and became infamous for a 1975 bombing on the Beirut office of the World Council of Churches.

The JCAG was formed in 1975 in Beirut. However, it is nationalistic, not Marxist-Leninist like ASALA.

Claiming that it only received support from the Armenia diaspora rather than other foreign partners, JCAG only targeted Turkey because it believed that attacking other countries would damage the so-called "Armenian struggle."

It initially gained notoriety by claiming responsibility with ASALA for a 1975 attack on Danis Tunaligil, Turkey's ambassador in Vienna.