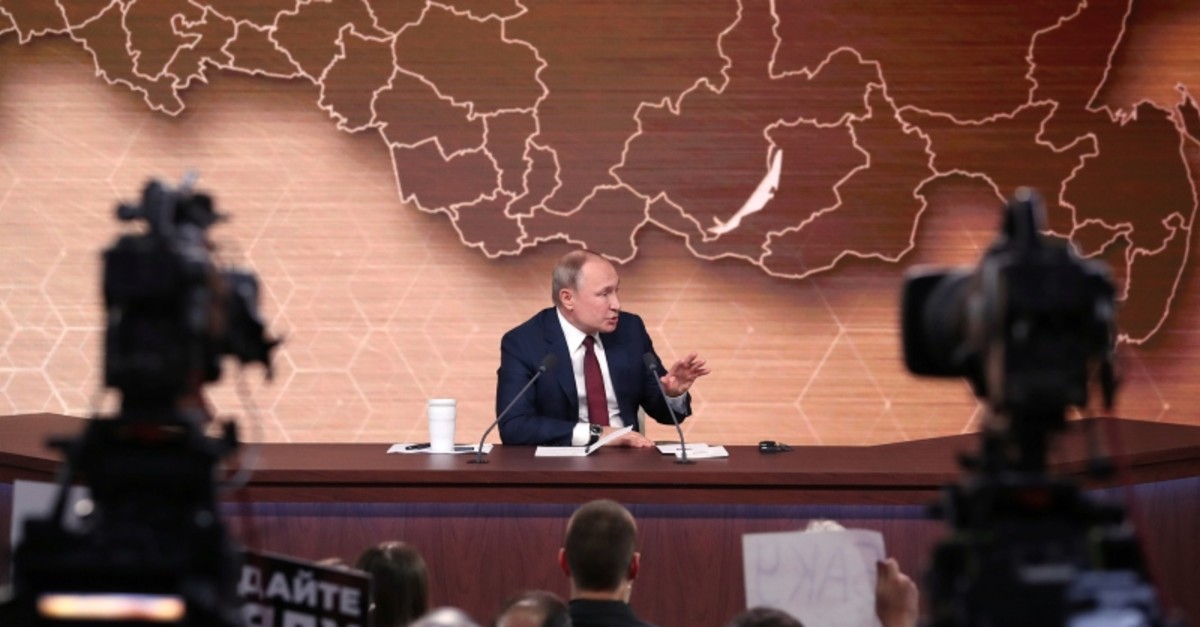 Russian President Vladimir Putin said he will discuss the Libya issue with a Turkish delegation that will visit Moscow in the coming days.

Putin was speaking at an annual news conference in Moscow.

The two countries have backed different sides in the conflict, which began in 2014.

President Recep Tayyip Erdoğan and Putin will next month meet to discuss the details of a plan created by Turkey to provide military support to Libya's internationally recognized government.

Turkey and Libya signed two separate deals on Nov. 27 following a meeting between Erdoğan and the head of the Presidential Council of the Government of National Accord (GNA), Fayez al-Sarraj, in Istanbul. One of the deals was critically important in enabling Turkey to secure its rights in the Mediterranean while preventing any fait accompli action by other states in the region. The other agreement outlined military cooperation.

The deal offers Turkish support for the establishment of a Quick Reaction Force for police and military in Libya, as well as enhanced cooperation in intelligence and in the defense industry. Following the military cooperation deal, Erdoğan said Ankara might consider sending troops to Libya if the Libyan government requested military assistance.