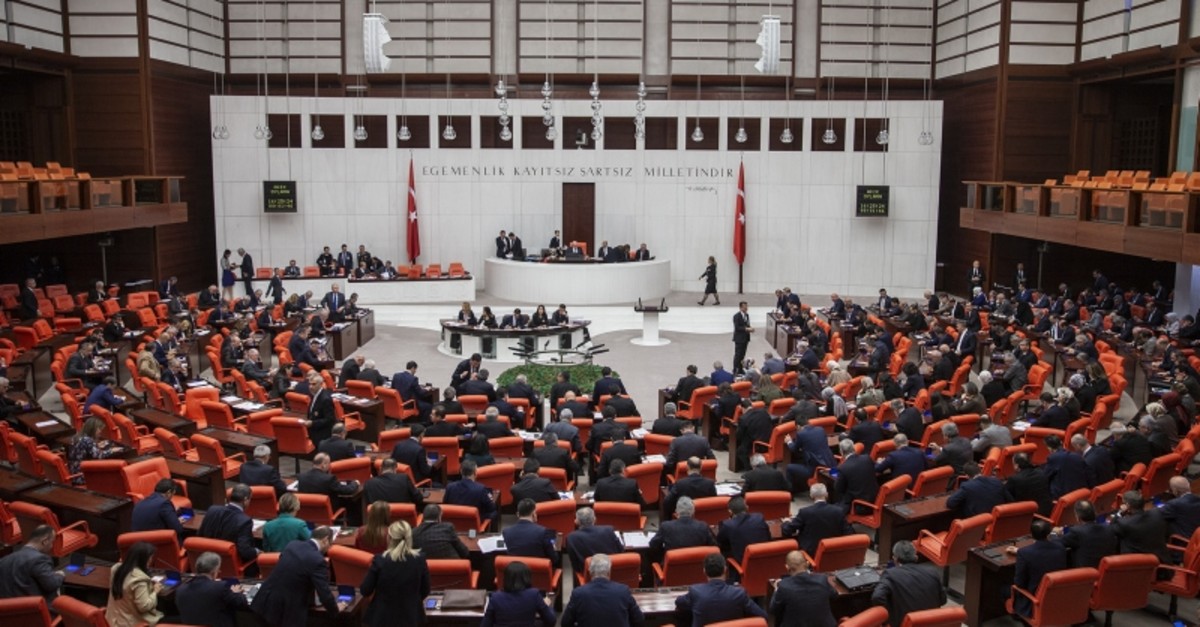 The deal allows Turkey to provide military training and equipment at the request of the Libyan government that controls the capital, Tripoli, and some of the country's west.

Vice President Fuat Oktay said Saturday that Turkey is ready to take necessary steps on the deployment of Turkish troops in Libya if the U.N.-recognized government makes a request, .

"If our Libyan brothers make such a request, Turkey is ready to do what is necessary," Oktay said, speaking at a trade and cooperation meeting held in Istanbul.

On Nov. 27, Ankara and Tripoli reached two separate memorandums of understanding, one on military cooperation and the other on maritime boundaries of countries in the Eastern Mediterranean.

Following the military cooperation deal, President Recep Tayyip Erdoğan said Ankara might consider sending troops to Libya if the Tripoli government made such a request.

Since the ousting and death of longtime dictator Muammar Gadhafi in 2011, two seats of power have emerged in Libya. Turkey and Qatar, as well as Italy, have been allied with Sarraj's government based in Tripoli, while Khalifa Haftar, who commands forces based in eastern Libya, is backed by France, Russia and key Arab countries, including Egypt, the United Arab Emirates (UAE) and Saudi Arabia.

On April 4, Hafter's forces launched an offensive to capture the capital Tripoli from GNA forces. Haftar's April push made early gains but has stalled on the edges of the capital in a bloody stalemate.

According to the latest U.N. figures Friday, the fighting has left at least 284 civilians dead and 363 wounded since the April 4 start of the armed conflict that has forced more than 140,000 Libyans to flee their homes.

Following the GNA's announcement over Turkey, the United Nations' mission in Libya, UNSMIL, renewed its call for a political solution to the conflict.

"UNSMIL regrets the recent developments: military escalation, growing foreign interference in Libya adn the exchange of treason accusations by Libyan parties, which put the unity of Libya at risk," it tweeted overnight.

Oktay's remarks came after Libya's U.N.-recognized unity government Friday urged five "friendly countries" to implement military deals as it seeks to repel the forces of an eastern-based strongman fighting to seize the capital.

Tripoli-based GNA Prime Minister Fayez al-Sarraj sent letters to the leaders of the United States, Britain, Italy, Algeria and Turkey, urging them to "activate security cooperation deals," his office said in a statement.

The aim is to help the GNA "face aggression against the Libyan capital... by any armed group operating outside the legitimacy of the state, to preserve social peace and achieve stability in Libya," he said.

Sarraj also called for help to battle Daesh and Al-Qaida, saying Haftar's offensive had given the terrorist groups "the appropriate opportunity and environment" for a resurgence in Libya.

Daesh was pushed out of its stronghold Sirte by forces loyal to the GNA in December 2016. But despite losing its main territory, east of Tripoli, the group has repeatedly shown itself capable of launching deadly attacks.

Sarraj also called for greater cooperation in the fight against organized crime and the prevention of irregular migration.

President Recep Tayyip Erdoğan had earlier renewed his support of Sarraj's government Friday by criticizing the alleged presence of Russian-backed fighters in Libya.

"It would not be right for us to remain a spectator in the face of this. We have done whatever we can until now and will continue to do so," he told Turkish reporters at the end of his trip to Malaysia.

The GNA has recently said that it had evidence Russia was deploying fighters through a private security contractor to back Hifter's forces in key battleground areas in the past months.

In the latest string of the onslaught in Libya, three people were killed in raids by drones operated by the UAE Saturday. The drones carried out 10 airstrikes on the town of Msallata, east of Tripoli, the media office of the GNA said in a statement.

It said three people were killed in the attacks. According to the statement, drones also carried out two airstrikes on the town of Zliten. No information was yet available about casualties.

Hafter's self-styled Libyan National Army (LNA) issued a statement Friday demanding that the powerful Misrata militias, which are fighting on behalf of the government in the Libyan capital, withdraw from both Tripoli and the coastal city of Sirte within three days. The Misrata militias are named after the western Libyan town of Misrata, which saw some of the heaviest fightings during the 2011 uprising that led to the ousting and killing of longtime dictator Gadhafi. The militias played a key role in Gadhafi's ousting.

Last week, Hafter declared the "zero hour" of the battle for Tripoli had begun, triggering a fresh bout of clashes around Tripoli. Friday's LNA statement warned that if the militias do not withdraw, their town Misrata will continue to be targeted "every day, nonstop and in an unprecedentedly intensive way."

The warning came shortly after an LNA airstrike targeted sites where Turkish weapons and military equipment had been stored, said the statement. The Tripoli-based government said it caused civilian casualties but without providing details.