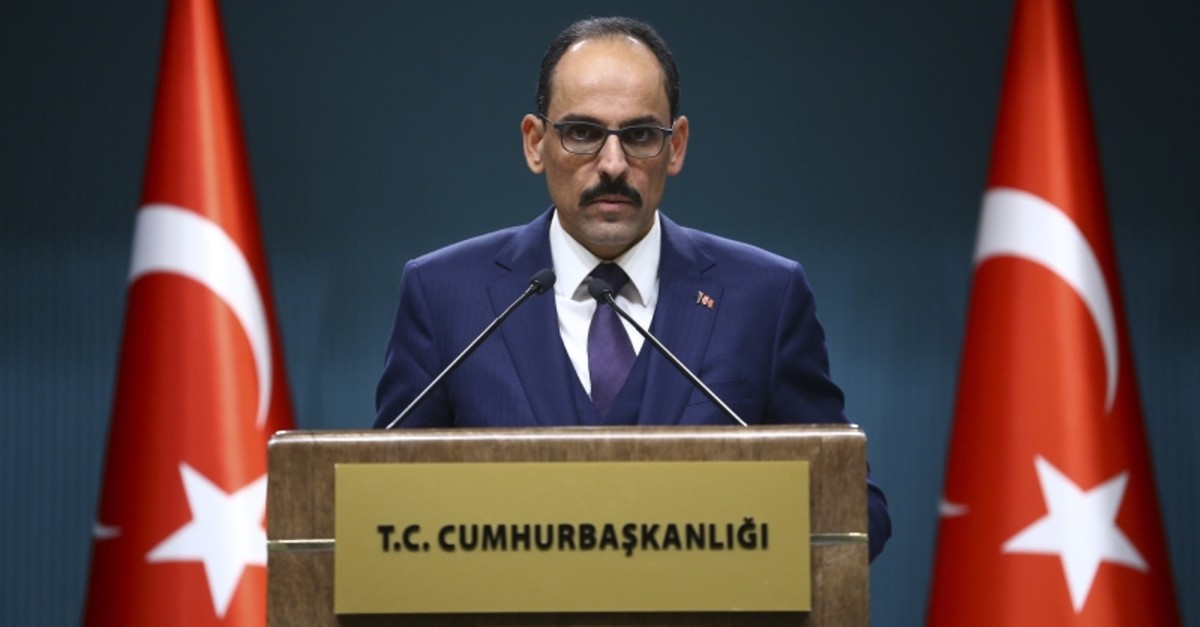 In a phone call, the parties exchanged views on Turkey-U.S. bilateral relations, developments in Syria and Libya, and the security situations in both war-ravaged countries.

According to a statement, Kalın told O'Brien that Turkey will continue its efforts to maintain security and stability in the region.

The officials also discussed the situation in the Eastern Mediterranean. The presidential spokesperson said Turkey will continue to defend its rights in the region.

On Nov. 27, Turkey and Libya's Tripoli-based Government of National Accord (GNA) signed a bilateral memorandum after a meeting between President Recep Tayyip Erdoğan and Libyan Prime Minister Fayez al-Sarraj in Istanbul. The deal enables Turkey to secure its rights in the Mediterranean while preventing any fait accompli maneuvers by other regional states.

Fellow regional actor, Greece, did not welcome the deal and even regarded it as a violation of its own rights, though international law deems otherwise. Athens later said it would expel its Libyan envoy Mohamed Younis A. B. Menfi from the country in response.

Libya has remained dogged by turmoil since 2011 when a NATO-backed uprising led to the ousting from office and death of former President Moammar Gadhafi after more than four decades in power.
Çavuşoğlu, Lavrov discuss Syria, Libya

No further details were shared.

Idlib, home to around 4 million people, is the last opposition enclave in Syria. Ankara and Moscow reached an agreement in Sochi on Sept. 17, 2018, which envisaged that the cease-fire in the Idlib region was to be preserved with the withdrawal of heavy arms and radicals from the region.

Despite the Sochi deal, the regime, backed by Moscow, intensified its attacks on April 26 under the pretext of fighting the al-Qaida-linked Hayat Tahrir al-Sham (HTS) terrorists holed up in Idlib. Since then, the situation has gotten worse, taking more civilian lives with each passing day. The Damascus regime has repeatedly vowed to take back control of the de-escalation zone.

More than 1,300 civilians have been killed in attacks by the regime and Russian forces in the de-escalation zone as the cease-fire continues to be violated. If aggression by the regime and its allies continues, Turkey and Europe face the risk of another refugee influx.