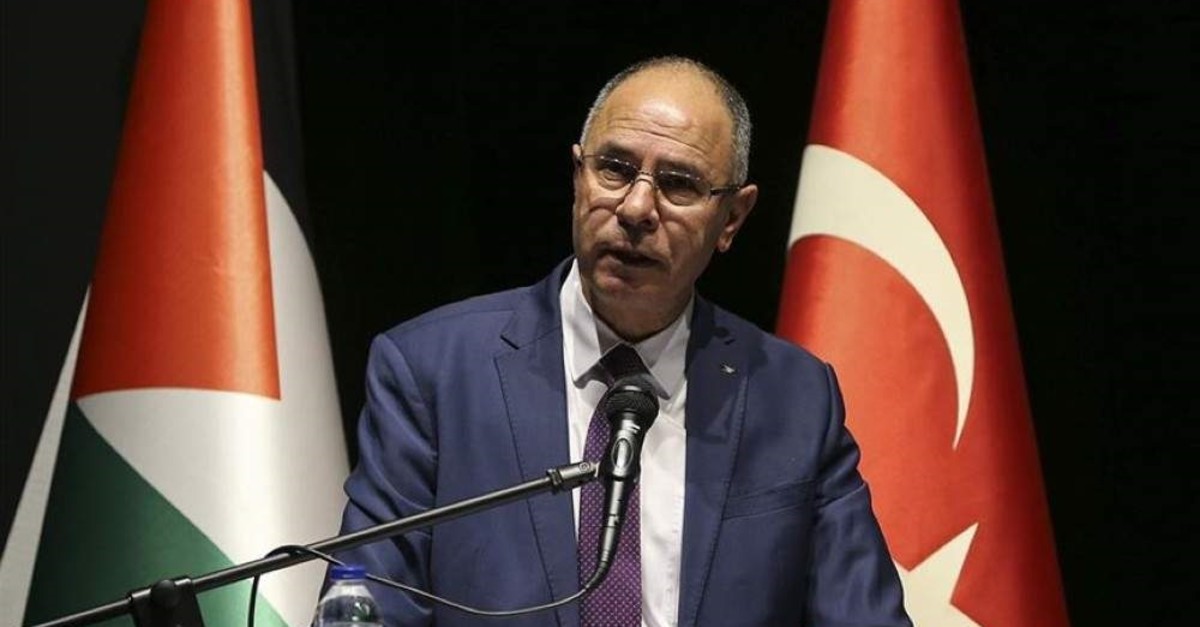 The Palestinian people are grateful for the support of Turkey, Palestine's Ambassador to Ankara Faed Mustafa said Tuesday.

"The Turkish people always stand beside us. We appreciate their stance," the ambassador said at a conference organized by the Turkish Youth Foundation (TÜGVA) in Eskişehir, adding that they also appreciate President Recep Tayyip Erdoğan's supportive stance.

Mustafa noted that Palestine has further enhanced its relations with Turkey and other countries thanks to Ankara's support.

The ambassador continued by saying that Palestinians will continue to defend the sacred compounds of Muslims.

"We will not give up a single stone in Jerusalem or our lands in Palestine as this is our promise to our martyrs, victims, prisoners and the Muslim community," he said.

Although Turkey generally feels alone regarding the situation in Jerusalem and Palestine, President Erdoğan and other Turkish officials have consistently said they will not stop defending the cause.

For Muslims, al-Aqsa represents the world's third-holiest site after Mecca and Medina. Jews refer to the area as the "Temple Mount," claiming it was the site of two Jewish temples in ancient times.