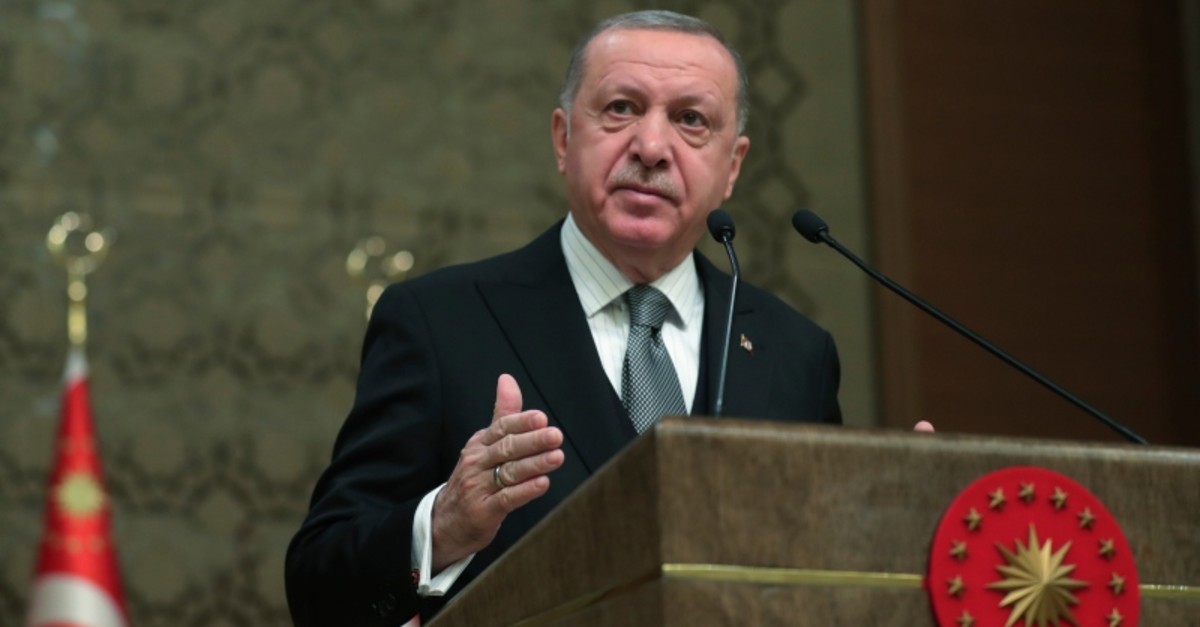 Turkey is following the aftermath of the killing of top Iranian commander Qasem Soleimani in Baghdad with great concern because it seems like this tension will not end here, President Recep Tayyip Erdoğan said late Sunday.

"Killing a high-ranking commander of a country, a state, would not be left unrequited," he said in a broadcast interview with CNN Türk.

Erdoğan highlighted that both the U.S. and Iran need to take steps to reduce tension.

"I had called on (U.S. President Donald) Trump to exercise restraint toward Iran in a phone call four or five hours before the strike. We were also shocked upon receiving the news," Erdoğan said.

The president added that making Iraq a conflict zone over U.S.-Iran tensions is damaging the stability of the region.

Soleimani, commander of the Revolutionary Guards' foreign legions, was killed in the U.S. strike on his convoy at Baghdad airport. Iranian-backed Iraqi militia leader Abu Mahdi al-Muhandis was also killed in the attack.

The attack took Washington and its allies, mainly Saudi Arabia and Israel, into uncharted territory in their confrontation with Iran and its proxy militias across the region.

Commenting on Turkish troop deployment to Libya, Erdoğan stressed that there are currently 2,500 troops of the Russian Wagner paramilitary group and 6,000 troops from Sudan in Libya.

"Why shouldn't we go when the legitimate government requests us to do so?" he asked.

"Our soldiers' duty there is coordination. They will develop the operation center there. Our soldiers are gradually going right now," he said.

Erdoğan said Turkey's objective was "not to fight", but "to support the legitimate government and avoid a humanitarian tragedy".

He added that Turkey would not be deploying its own combat forces. "Right now, we will have different units serving as a combatant force," he said.

Erdoğan also said that Turkey, Germany, the U.K. and France will hold another quadrilateral meeting on Syria in Istanbul in February.