Turkey leaves behind successful year in the field, at the table, FM says 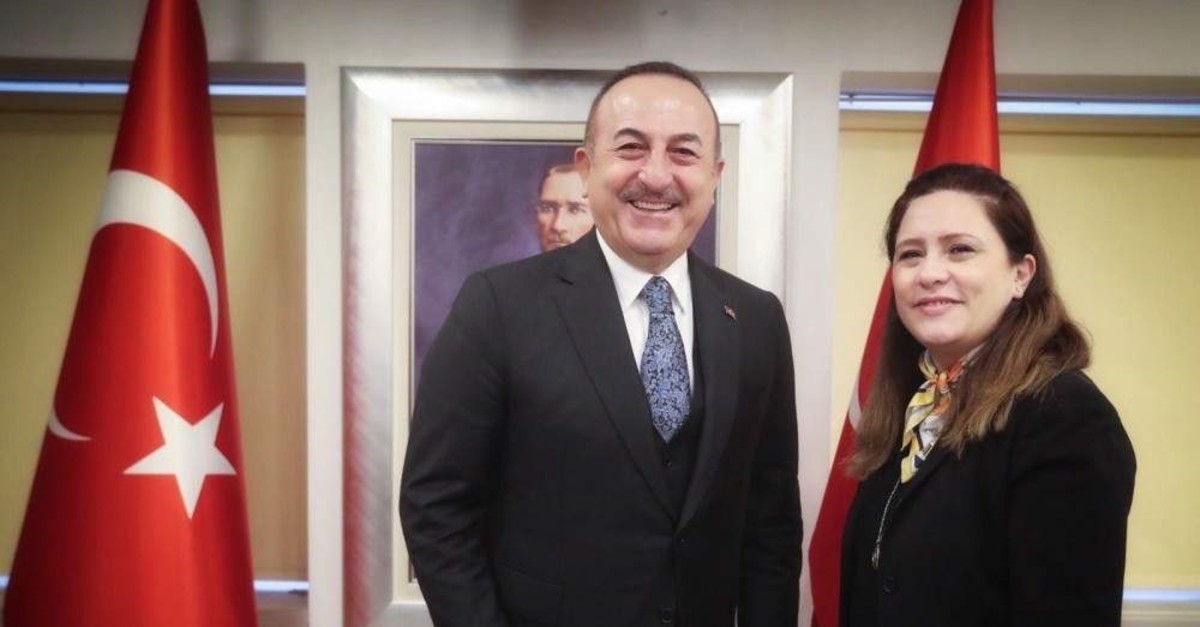 The year 2019 has been a fruitful year for Turkish foreign policy, where successes in the field brought success at the table, such as the deals with the U.S. and Russia regarding Syria as well as the deals on maritime borders and security struck with Libya’s U.N.-recognized government being the most striking examples.

“It has been an enterprising year and a year where our humanitarian foreign policy has been effective. By being in the field and at the table we have been successful in Libya and Syria and have prevented the formation of a YPG/PKK terror corridor,” Foreign Minister Mevlüt Çavuşoğlu stated in an assessment meeting on Turkey’s 2019 foreign policy in Ankara Monday.

Pointing to the two agreements signed with the U.S. and Russia on Syria, Çavuşoğlu stated that efforts regarding the issue continue. He said Turkey also changed the balance in the Mediterranean with the Libya deals and that new initiatives such as Asia Anew and closer ties with Africa would enhance Turkey’s place.

Speaking on Operation Peace Spring, launched by Turkey on Oct. 9 in northern Syria to fight terrorism and enable the safe return of Syrian refugees to a safe zone to be established in the area, the minister said: “An area of 8,000 kilometers has been cleared of terrorists. We contributed hugely to Syria’s territorial integrity and also did not neglect the political process, being the most important factor. We continue our efforts with both the U.N. and the Astana guarantors.” He also indicated that the second meeting on the margins of NATO would be in Istanbul, Turkey.

Çavuşoğlu also underlined that efforts to overcome the blockage in the Syrian constitutional committee work in Geneva continue. The committee is mandated within the context of a U.N.-facilitated Geneva process to prepare and draft a popular approval of constitutional reforms to pave the way for a political settlement in Syria. The committee is seen as key to paving the way for political reform and for free and fair U.N.-supervised elections in the country, where the war has killed hundreds of thousands of people and forced millions to flee. The meeting, with support from powers backing both sides, marks the first political negotiations between the Syrian regime and the opposition.

“We strive to overcome the blockage and to hold the third meeting. I want to underline that Russia has positively contributed to this process. In our meeting with U.N. special envoy for Syria, Geir Pedersen said that Russia has been helpful. In the coming days, Pedersen is expected to visit Damascus. Together with this visit, we think the blockage will be lifted,” he added.

On the other side, the Assad regime has intensified its attacks on northwestern Syria’s Idlib province, raising tensions. Çavuşoğlu highlighted that the refugee wave in Idlib continues with 100,000 people moving toward the Turkish border, saying: “However if this migrant wave continues, this will not be a problem Turkey will shoulder itself. We have made infrastructure works in Syria and especially in Idlib so that they would be able to stay there. The leaders in Syria’s opposition also wish for this.”

Pointing out the significance of providing humanitarian aid for those living in Syria and those displaced, the minister stated that Turkey also regards the regime’s lack of service as a serious problem.

Turkish institutions and nongovernmental organizations have exerted extensive efforts to contribute to the situation of refugees and provide all kinds of aid, while Turkey also hosts the largest number of refugees in the world, a total of 3.7 million.

“We are not the wealthiest country in the world, but we are the most generous one. According to 2018 data, we are the country spending the most on humanitarian and development aid with $8.6 billion,” Çavuşoğlu added.