Turkey to reopen Mosul consulate in 2020 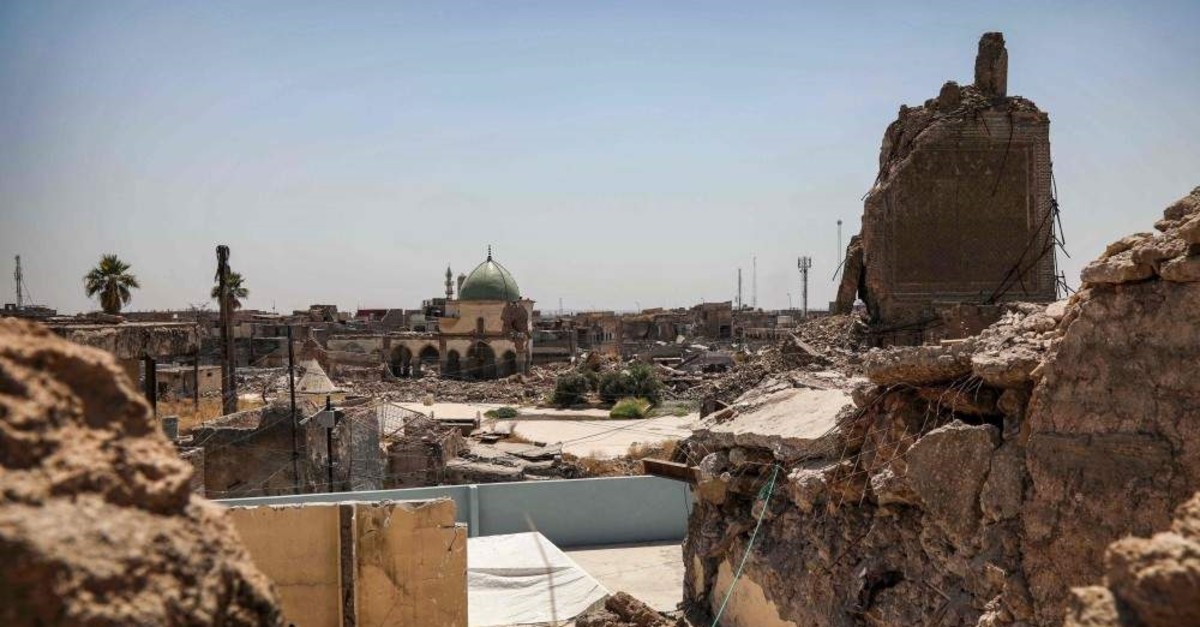 He added that they have received all the necessary permission from the Iraqi central government and local authorities.

Küçüksakallı, who started his duty officially on Dec.1, said the consulate general will be back on active duty and provide visa services.

"We've completed the renting process, while the reconstruction of the old buildings continues. We have accelerated the works to relaunch our (diplomatic) activities in Mosul," the consul general said.

The terrorist group Daesh took over the Turkish Consulate in Mosul on June 11, 2014, when it overran the city. The group held 49 consulate personnel and their families captive, including then consul general and current Republican People's Party (CHP) Deputy Chair Öztürk Yılmaz. The hostages safely returned to Turkey after 101 days in captivity.

Mosul to be reborn from war-weary past

Highlighting the importance of the move, Küçüksakallı told Anadolu Agency (AA) that the province has seen many conflicts and faced numerous challenges. The consul general said Daesh was one of the biggest challenges but was eventually defeated, with "major contributions and sacrifices from Turkey, Iraq and the international coalition."

Significant parts of Mosul were devastated during the Iraqi and different paramilitary groups' offensive to recapture the city from Daesh in 2017.

"Turkey is ready to contribute to the reconstruction of the regions that have been left damaged by Daesh in Iraq," Küçüksakallı said, referring to the major destruction that the terrorist group caused in Mosul, especially in the historical city center, which had many Ottoman-era architectures. He underlined the province's need for development, progress, reconstruction and peace.

Officials in Baghdad say rebuilding Iraq would cost nearly $90 billion. They have published a list of 157 projects, for which the capital sought private investments, during a conference in 2017.

Mosul Airport and its runways were seriously damaged during the Daesh rule. Even though the Iraqi government launched a reconstruction program, it has faced financial drawbacks and many projects are still waiting to be completed.

Turkish, Iraqi ties to get stronger

"Iraq and Turkey are two neighboring countries, two independent friendly states whose relationship, friendship and cooperation date back centuries. These ties need to be even stronger and deeper. With this aim, the diplomatic communication has been ongoing between the two governments at the presidential and ministerial level," the consul general said, adding that they have also started to contribute to the enhancement of these ties.

The consul general added that as soon as he started in his role, he got in touch with the local authorities, including the mayors and the head of the chamber of industry and trade. He informed them that Turkey will always be there for Mosul.

"I am encouraging our businessmen to do the crucial infrastructure projects in Mosul," he said.

He underlined that Turkish construction firms have the potential to make the biggest contribution to Iraq, Küçüksakallı said Turkish companies are already active in different parts of the country.

Reconstruction a must for Mosul

Turkey earlier announced that it will provide the necessary support for the reconstruction of Iraq, pledging a $5 billion loan and $50 million in grants-in-aid last year, making it the top contributor to the country.

Last year, Ankara launched a coordination process to allocate the pledged funds. Foreign Minister Mevlüt Çavuşoğlu said Turkish businessmen will benefit from this loan package for the investments and trade financing necessary for the projects in Iraq.

"There are already active Turkish construction firms in Mosul. We want the number of these firms to increase," he added. He said in the upcoming days, the union of chambers and commodity exchanges of Turkey will pay a visit to the war-torn province while other Turkish institutions, like the Turkish Cooperation and Coordination Agency (TİKA), have already started their activities.

"I believe that we will hear more and more about the nice developments that will enhance Turkish-Iraqi friendship while providing a feeling of hope and security to the people of Mosul in 2020," the consul general said.

With its remarkable response to the humanitarian disasters in the region, Turkey has come up with an exceptional model for the reconstruction of Syria, which includes unique features compared to other post-conflict areas in the world.

Compared to rebuilding works in other post-conflict areas, like Afghanistan and Iraq, Turkey's model functions quickly to make war-torn regions livable in terms of socioeconomic and security aspects, despite the ongoing conflict.